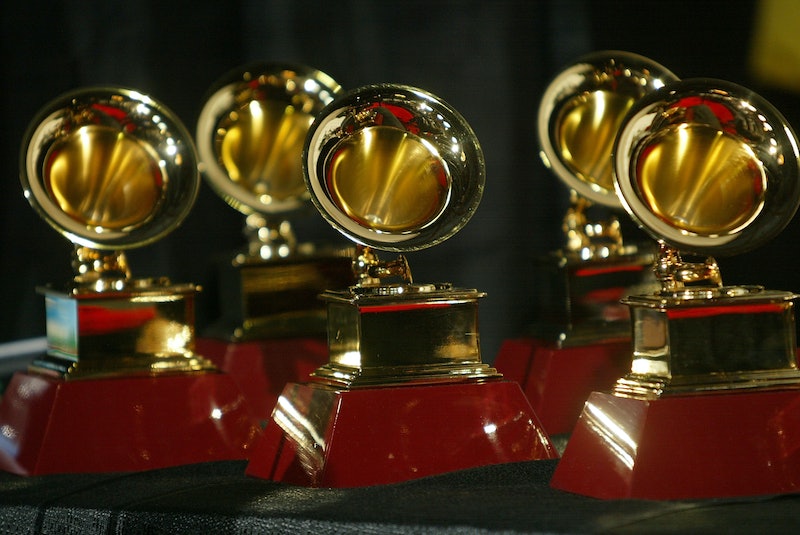 It's almost time for the 58th Annual Grammy Awards! If you love music, they're basically the equivalent of the Oscars; or if you love Tina Fey and Amy Poehler, they're the equivalent of the Golden Globes in 2013, 2014, and 2015. OK, you get the point. So, now that we've established just how important the Grammy Awards are for those who love music, we have to get a game plan set. Wondering how to stream The Grammys? Don't worry, I've got you covered — you just need to take care of the wine, the snacks, and anything else you think you may need.

First off, to make sure you don't throw away your shot at missing the cast of Hamilton perform the opening number, be sure to know how you're watching. Do you have a television and CBS? Great! Then you can catch all the action by planting yourself in front of that TV when the show starts at 8 p.m. ET on CBS. Don't have a TV or don't have cable? That's cool, too, because there are a couple different ways to stream The Grammys online — you just need a laptop and a decent internet connection (or, at least, a buddy who does).

The Grammys will be available to stream on CBS.com (so long as you have a cable authentication username and password) or through the CBS All Access app on desktop, Apple TV, Roku, Chromecast, Xbox 360, Amazon Fire TV, or iOS, Android, and Windows phones and tablets. If you don't currently have CBS All Access, the network is offering a free one-week trial if you sign up. So, if you haven't already used the free trial (and, if you have, find someone who hasn't), that's an option alternative to cable.

If you can't get enough of The Grammys and want more than just the main show itself, the pre-telecast ceremony held at the Microsoft Theater in Los Angeles from 3:30 to 6:30 (so it doesn't interfere with the red carpet for The Grammys too much) will be available to watch on CBS.com as well as Grammy.com/live. So, if you really wanted to dive into the music world, there's at least seven hours of Grammy coverage you could watch!

Of course, I don't want to tell you how to live your life, but The Grammys are one of the biggest nights in music, if not the absolute biggest night in music. (Plus, let me remind you, the cast of Hamilton is performing the opening number.) So, if music is your jam — it doesn't even matter what kind of music, because all genres are represented — then you'll want to tune in to the 58th Annual Grammy Awards. I've told you how it's possible to stream The Grammys, now you just need to show up (don't forget the wine and snacks)!

More like this
Joe Alwyn Reacts To Taylor Swift Earning An NYU Doctorate In A Rare Interview
By Jake Viswanath and Nicole Pomarico
Stormi Just Walked A Red Carpet With Mommy Kylie Jenner & Daddy Travis Scott
By Hugh McIntyre
Is Megan Fox Pregnant? MGK Gave A Shout-Out To Their “Unborn Child” Onstage
By Hugh McIntyre
Taylor Swift Knew Hayley Kiyoko & Becca Tilley Were Dating 4 Years Ago
By Grace Wehniainen
Get Even More From Bustle — Sign Up For The Newsletter