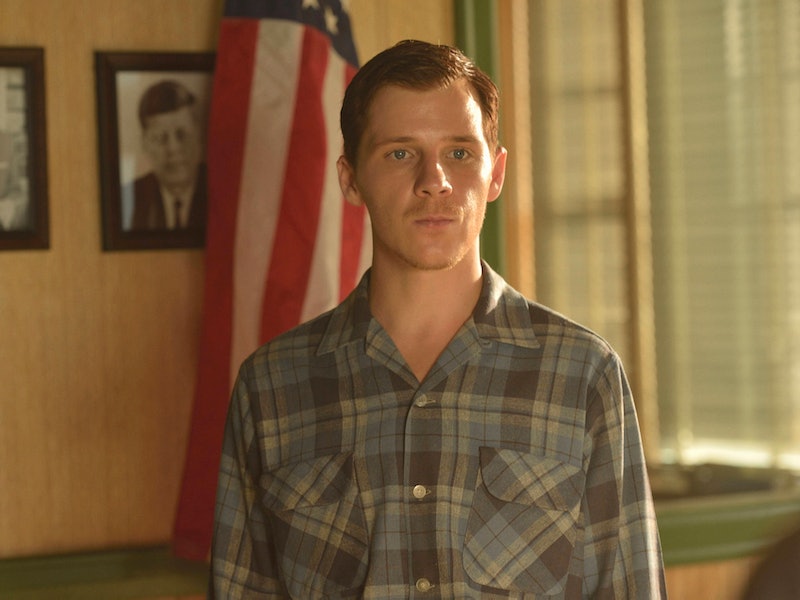 Capturing the essence of a period as vibrant as the American 1960s must be challenging for creators of television series, but according to the star of Hulu’s newest offering, 11.22.63 is accurate to the time period, effectively surmounting that obstacle. Daniel Webber, who plays Lee Harvey Oswald in the miniseries that premiered on Monday, describes 11.22.63 as a “sumptuous piece of 1960s America" in an interview with Bustle. He credits an adherence to the script and extremely detailed art and costume direction for making the culturally rich period come to life.

Though Webber agrees that it may seem odd to call a show which hinges on time travel "historically accurate," he says that 11.22.63 is faithful to the true events and actual people it does depict. The plot unfolds in both the modern era and in the 1960s, and Webber attributes the show’s ability to appeal to the audience no matter the time period to the prowess of the script. Though the script itself is written by Bridget Carpenter, the show is based on Stephen King’s novel (and King receives a writing credit as well), and Webber calls King’s characters “phenomenal.” He goes on to say that King has "a way of making a story that is so human and every day in some ways, and making it larger than life, so that anybody gets it.”

Since the novel is adapted to a visual medium, aesthetics are particularly important when conveying the setting of 1960s America. Webber explains that the costume direction and set design truly made him feel as though he was in the past while on set. Though the Australian actor is only 27 years old and therefore never truly inhabited the era, he feels the show did a wonderful job making "you feel as though you are inside the 1960s." Webber compares the overall world creation to the way that Mad Men portrayed the period, including all of “the smells, the tastes, the textures … [we] pull it even deeper.”

The titular day of Nov. 22, 1963, was particularly pivotal to portray with accuracy and vitality. To aid in this, Webber explains that the scenes depicting the day President John F. Kennedy was assassinated were actually filmed at Dealey Plaza, where the assassination really occured, with production closing off a major part of downtown Dallas for days to shoot. Because JFK was shot while riding in a convertible, Webber explains that the cars utilized in the show were “beautiful 1950s, 1960s cars” that perfectly reflect the period, especially the ones used in President Kennedy’s storied motorcade.

The actor was also able to visit the real locations that his character did, as Webber says that they toured the building from which Oswald is believed to have shot President Kennedy (the Texas School Book Depository). He says the experience was "quite extraordinary, looking out through the windows and watching the rehearsal of the cars driving by, knowing that’s exactly the image that Lee would have seen.” So as you watch 11.22.63 remember that though its time travel elements and plot are all fiction from the mind of Stephen King, the series has made sure the world those events occur in feels very real.