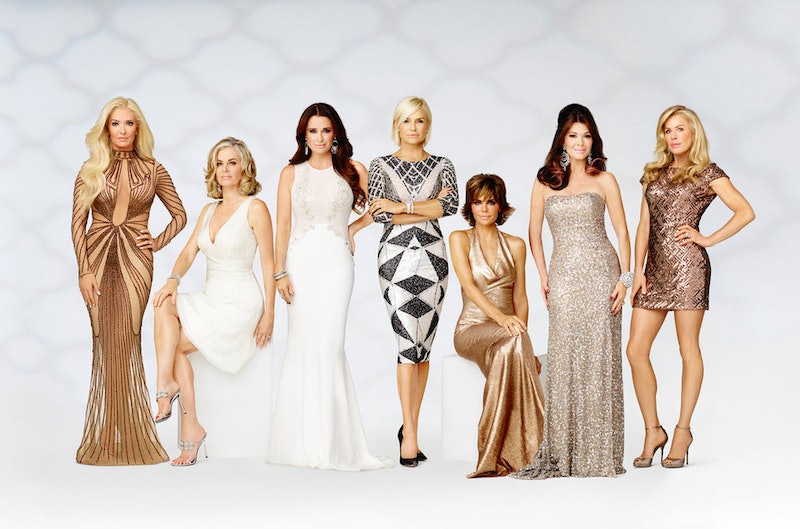 During this season of The Real Housewives of Beverly Hills, the cast of the reality show has been talking about events that correspond with another television series that's getting a lot of attention lately: FX's American Crime Story: The People v. O.J. Simpson. Obviously, the biggest connection between American Crime Story and The Real Housewives of Beverly Hills is Faye Resnick, who first became famous when she publicized her relationship with Nicole Brown Simpson via her tell-all book. Resnick was able to translate that notoriety into a spread in Playboy Magazine and she was even interviewed on Larry King (which you can watch embedded below).

But, Resnick isn't the only person or the only part of RHOBH who has some surprising similarities and ties to the O.J. series. With most of the RHOBH cast living or working in Los Angeles during the 1990s, at the very least, many of the Housewives had a front-row seat to the chaos caused by the trial. And, as ACS seems to be suggesting, the resulting media frenzy was one of the earliest precursors to the reality TV boom. Here are all the ways the two series connect:

Nicole Brown Simpson: The Private Diary of a Life Interrupted has been a topic of conversation among the women on RHOBH and makes an appearance on American Crime Story. The trailers for upcoming The People v. O.J. Simpson (above) have shown Connie Britton, in character as Resnick, excitedly taking meetings with a publisher who promises her "we're going to sell a lot of books." And it was the details she shared in that book, from the alleged drug habits mentioned in the ACS trailer to writing about O.J. and Nicole's relationship, that helped fuel her fame. 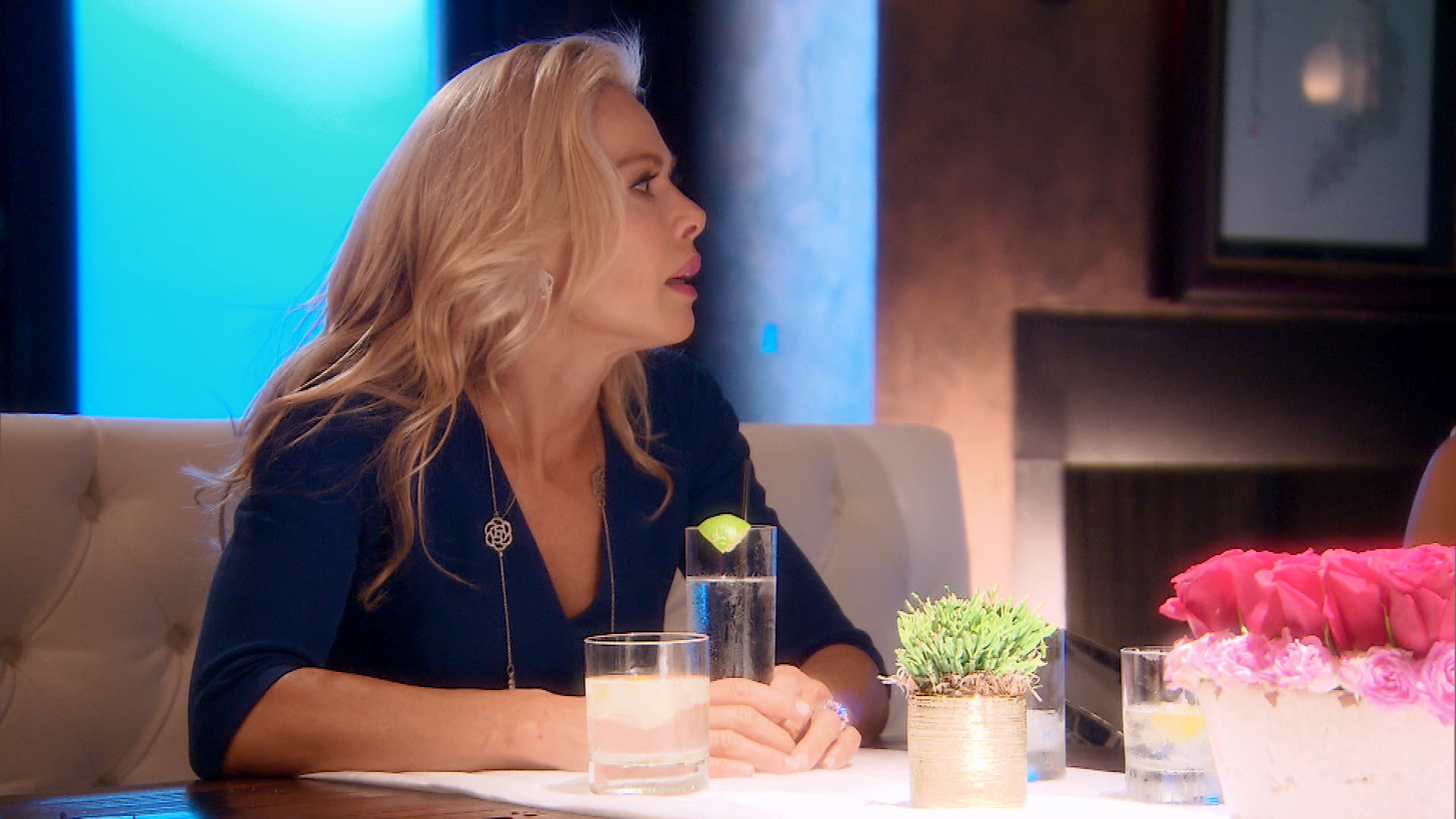 Marcus Allen, Edwards' first husband, was a friend of O.J.'s and testified during the 1997 civil trial. Resnick wasn't the only person who claimed that Allen allegedly had an affair with Nicole Brown Simpson. (People reported Edwards and Allen both deny the accusations.) O.J. allegedly asked Allen to lie about being in a romantic relationship with Nicole, Allen claimed when testifying in the 1997 the wrongful death civil suit, as reported by CNN, but Allen refused. The Spokesman-Review reported that, at the time, O.J.'s lawyers declined to talk to reporters on the matter. According to The New York Times, O.J. was found liable in the resulting 1997 civil suit and ordered to pay "$25 million in punitive damages to the families."

O.J. once appeared as himself in a special episode of Walt Disney's Wonderful World of Color celebrating Mickey Mouse's fifteenth birthday (O.J. can be spotted starting at 25:38 in the above video). And, young RHOBH stars Kim and Kyle Richards also made appearances on episodes of the anthology series. Kim's appearance on "The Whiz Kid and the Mystery at Riverton" is also above. The sisters did not appear on the same episode of the series as Simpson, but it's another way that RHOBH and The People v. O.J. Simpson have connections because of how small the entertainment industry can be.

The neighborhood where both O.J. and Nicole lived at the time of the tragic murders and the setting for some of the tensest American Crime Story scenes, including the ending of the dramatic Bronco chase, is where Kathryn and her second husband, Donnie Edwards, currently live — and it's not far from Beverly Hills.

The Kardashians appearances in The People v. O.J. Simpson are another reminder that there's a whole new generation of young stars who may have never become famous if not for their slight connection to the case. And, while the Kardashians don't appear on RHOBH, Yolanda's daughter, Gigi Hadid, is BFFs with Kendall Jenner.

On RHOBH, not only is Lisa Vanderpump a restauranteur, but most of the series' biggest moments have taken place over dinner, either in someone's lavishly decorated home or, often, out at one of the famous Los Angeles hotspots. On ACS, several key scenes have also played out in LA eateries, like when attorney Robert Shapiro getting a call from O.J. while sitting in Mr. Chow (even though in real life it was equally trendy House of Blues, according to Vanity Fair).

More like this
Everything To Know About 'RHONJ' Season 13
By Brad Witter
‘RHOBH’ Newcomer Sheree Zampino Is Still Close To Ex-Husband Will Smith
By Brad Witter
Don Crowder Successfully Defended Candy Montgomery, But His Story Ended In Tragedy
By Gretchen Smail
All The Theories About Kathleen Peterson’s Death
By Morgan Leigh Davies
Get Even More From Bustle — Sign Up For The Newsletter