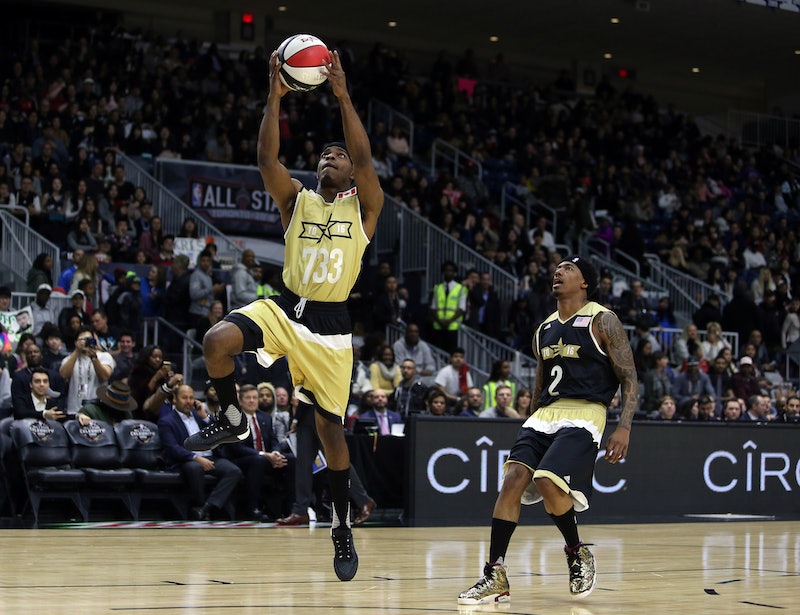 Imagine a universe in which John Boyega didn't play Finn in Star Wars: The Force Awakens. Boyega had already been tapped to play Jesse Owens in the upcoming biopic Race, which centers on the racially charged 1936 Berlin Olympics, when he was offered the role of Finn in The Force Awakens. It was an offer he couldn't refuse, as they say, and so Ra ce found itself a new star, according to the Wrap — Stephan James, an actor who had previously appeared in Selma and in Degrassi: The Next Generation. Yet in spite of his high-profile turn in the 2014 Martin Luther King, Jr. biopic, James isn't an instantly recognizable face for many audiences. So who is Stephan James of Race?

Boyega, too, was a relative unknown when he was cast in Star Wars: The Force Awakens, making him all the more malleable in his role as Finn. Biopics offer fruitful territory for newcomers to demonstrate their talent in a prestige role — just think of Chadwick Boseman, who had previous held recurring roles in TV and small parts in small films, in Jackie Robinson 42 and James Brown feature Get On Up. Or Marion Cotillard, who crossed over from France to a global audience as Edith Piaf in La Vie en Rose. If history — and Race — is any indicator, James will be one to watch as well, so here's what you should know about the actor.

If you Google "Stephan James," the top hit will be a British model, name spelled "Stephen James." That's not the right guy. Yet it's likely, with the trajectory James has charted over the past year, that he'll quickly usurp that top spot. You know you've made it when Google no longer autocorrects your name. (Just ask any band whose name is also a common noun. Lookin' at you, Chvrches.) There's also, coincidentally, a 22-year-old Guyanese sprinter named Stephan James.

So this is Stephan James: 22, six feet tall, Toronto native, actor, rapper (like his fellow Degrassi alum Drake). He made his screen debut in the TV movie My Babysitter's a Vampire in 2010, the same year that he got a break with an eight-episode run as Julian Williams in Degrassi: The Next Generation. A couple of small roles in television and in film followed, but none compared to the exposure brought by Selma in 2014. James is no stranger to playing historical figures, but there's less material available to inform his performance of Jesse Owens in Race than there was for John Lewis in Selma. He told Variety that he played many sports growing up, chiefly basketball and volleyball, but was never much of a runner. "I had to learn how to run, and how to run fast," he explained, "but also how to run like Jesse Owens, because he had a very particular style."

"For me, acting has always been about playing cool characters and telling great stories," James told the Washington Post in a recent interview. Though he's played serious, historical roles of late, he's up for a change of pace, he said. "I can't talk about the thing I'm about to do when this is all done," he told the Washington Post, "but it will be different from what people are used to." Then he added that he might one day add "Marvel superhero" to his list of accomplishments.

James is also a perceptive critic of race in film and television. It's not just that his characters have tended to be civil rights pioneers (Jesse Owens competed in an Olympics in Hitler's Germany; John Lewis is today a congressman representing a district that includes Atlanta) that makes them important, he said, but also that the films themselves open up a conversation about race in Hollywood. He noted in the Washington Post interview that the conversation around Selma's Oscar snub, and this year's #OscarsSoWhite, underlines "why these stories are still so important to tell." He seems to echo Viola Davis's Emmy acceptance: "You cannot win an Emmy for roles that are simply not there."

Though he told the Washington Post he's not a big talker, bits of his background have emerged as he becomes an increasingly public presence. Race premieres Friday, Feb. 19 — and there's a solid chance it'll be James' Google-able big break.