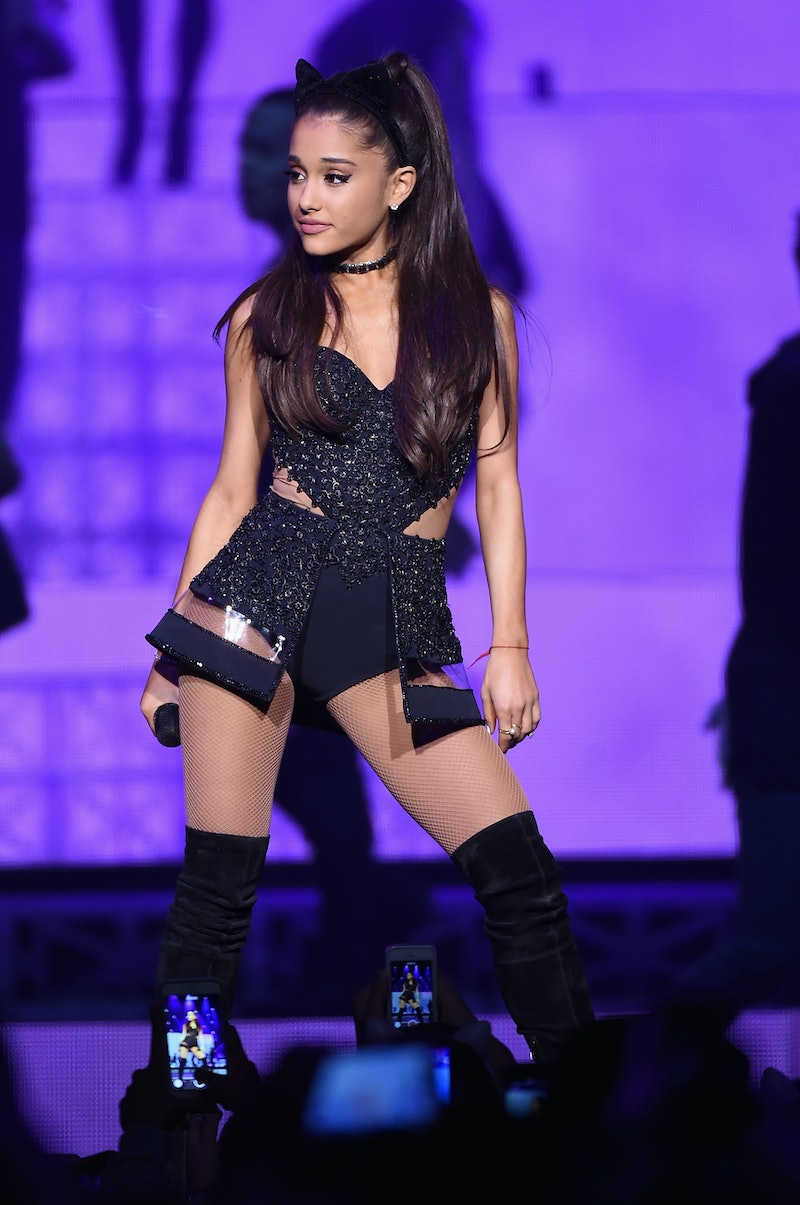 Ariana Grande makes her big screen debut with a small cameo in Zoolander 2,and the pop star certainly doesn't shy away from her role. One of almost 50 celebrity cameos in Zoolander 2 , Grande's appearance is short and almost overshadowed by the surprise arrival of other big name stars. The Ariana Grande cameo in Zoolander 2 stands out, however, mostly thanks to the singer's racy wardrobe — she is officially credited as "Bondage Girl" on IMDB, if that gives you an idea of what the role entails.

Upon first glance, it might seem like playing a "Bondage Girl" Orgy-member is a bit of a leap for the former Nickelodeon star. But the singer has long since left her good-girl persona behind. With her supporting role in Fox's Scream Queens and this new big screen cameo, Grande looks ready to jump back into acting. And where better to look for inspiration than Grande's music videos? Here are a few sexy clips of hers could that definitely provide material for her next big movie or television show.

In her "Breaking Free" music video, Grande played a futuristic alien, missile-boobed femme fatale. That screams classic camp to me.

"Problem" would make for the perfect buddy-cop movie starring Grande and Iggy Azalea as mod spies.

Ariana Grande and her sweetheart face the end of the world in this music video. Sounds like a hit movie to me.

I have no idea what this music video is about, but my best guess is Grande is some kind of purple alien obsessed with selfies.

OK, so maybe Grande's next big foray into television or film isn't in her previous music videos — perhaps it'll be the "Bondage Girl" body suit that will end up in one of Grande's future clips, instead.