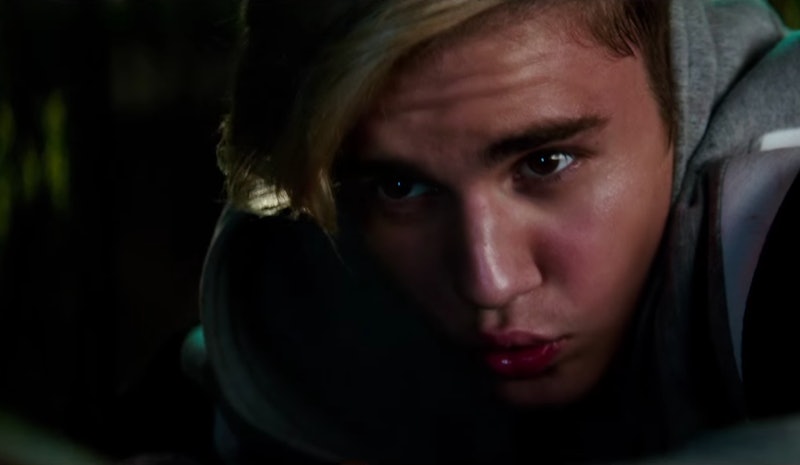 Zoolander 2, the long-awaited sequel to Ben Stiller's beloved Zoolander (2001), has made no secret of the fact that it is full of celebrity cameos. The first full-length trailer for the film essentially starred Justin Bieber, a pop star sure to inspire buzz and conversation whether you like him or not. After seeing the impressive lineup of Zoolander 2 celebrity cameos, it seems fair to assume that the sequel will be a revolving door of quick shots of famous people looking glamorous. Of course, not all cameos are created equal, and, taking into account plot and star power, there were clearly some celebrity appearances that stood above the rest. Below are the best and biggest 39 Zoolander 2 celeb cameos, ranked.

Zoolander 2 certainly does not lack celebrity power, and each cameo can essentially be boiled down to a kind of celebrity MadLibs — "Can you believe they got [Celebrity Name] to do [Verb]?" The only downside to having such an abundance of celeb sightings in one film is that you're bound to miss at least one. Unless you take your eyelids open, there's no way you'll catch them all, and that's OK, because the best ones are the ones that stick around the longest.

Skrillex appears very briefly in Zoolander 2 to make what is, undoubtedly, the most pointless celebrity cameo in the film.

Joe Jonas, Olivia Munn and Lewis Hamilton all make blink-and-you-miss-it cameos as audience members in the first big fashion show. They look good, and that's about all that can be said about it.

Katy Perry showed up smiling on a rooftop in Rome for a quick scene in Zoolander 2, but she was quickly upstaged by another celebrity cameo, #1 on this list.

Christiane Amanpour, Matt Lauer, Don Lemon, and Katie Couric were definitely the most recognizable journalists to take part in a short montage that served to catch up the audience on what happened to male model extraordinaire Derek Zoolander since we last saw him. Jim Lehrer (PBS), Joe Scarborough (Morning Joe), and Natalie Morales (Today) also appeared.

How could a movie about a male model not have some major fashion cameos? Designers Alexander Wang, Valentino, Marc Jacobs, and Tommy Hilfiger — plus queen fashionista Anna Wintour and model Kate Moss — all appear in the same scene, and even let themselves be the butt of a few excellent jokes.

Did you know that Naomi Campbell and Derek Zoolander starred in a perfume commercial in the '90s? It's about as magnificently absurd as it sounds.

Given Billy Zane's appearance in the original Zoolander, it's not surprising that he returned for the sequel. Still, Zane's scenes were a nice highlight.

Susan Boyle makes one of the greatest celeb cameos in the film, which I won't spoil for you, but, trust me, it's delightful.

A$AP Rocky doesn't necessarily make a cameo, but he appears at the end of the film to perform his take on Frankie Goes To Hollywood's "Relax." It's pretty great.

The Biebs opens the film, becoming the latest in a series of beautiful pop star murders. His last selfie later appears alongside those of Bruce Springsteen, Demi Lovato, Madonna, Lenny Kravitz, Miley Cyrus, and Usher.

Also shown in the trailers, Benedict Cumberbatch makes a cameo as All, a model who rejects gender labels.

Sting is actually a very important part of the Zoolander 2 story. Not to spoil too much, but Sting is Hansel's celebrity idol.

Neil DeGrasse Tyson continues to prove himself to be the most awesome scientist ever by owning Zoolander 2 with his epic cameo. (Spoiler alert: he's the one who upstages Katy Perry.)

There are a few other celebrity cameos in Zoolander 2, namely the return of Justin Theroux, who co-wrote Zoolander 2, as Evil DJ, and super short appearances from Alexander Skarsgard (whose cameo was so quick, I honestly thought it might just be someone made to look a lot like Alexander Skarsgard), Johnny Weir, Mika, and any other famous person masquerading as an extra I might have missed. Zoolander 2 even included a few celebrity shoutouts; my favorite was to superstar Malala Yousafzai.

If you could OD on celebrity cameos, Zoolander 2 just might do it. But, the fun that comes from watching celebrities ridicule themselves for our entertainment is certainly worth it.

More like this
'Bridgerton' Just Showed Off A Major Hollywood Celebrity Cameo
By El Hunt
Keke Palmer Finally Showed Angela Bassett Her Famous Impression Of Her
By Stephanie Topacio Long
You Definitely Know The Voice Of Shuri's AI In 'Black Panther: Wakanda Forever'
By Brad Witter
Jodie Turner-Smith & Joshua Jackson's Relationship Timeline Includes Her Proposing
By Jake Viswanath
Get Even More From Bustle — Sign Up For The Newsletter