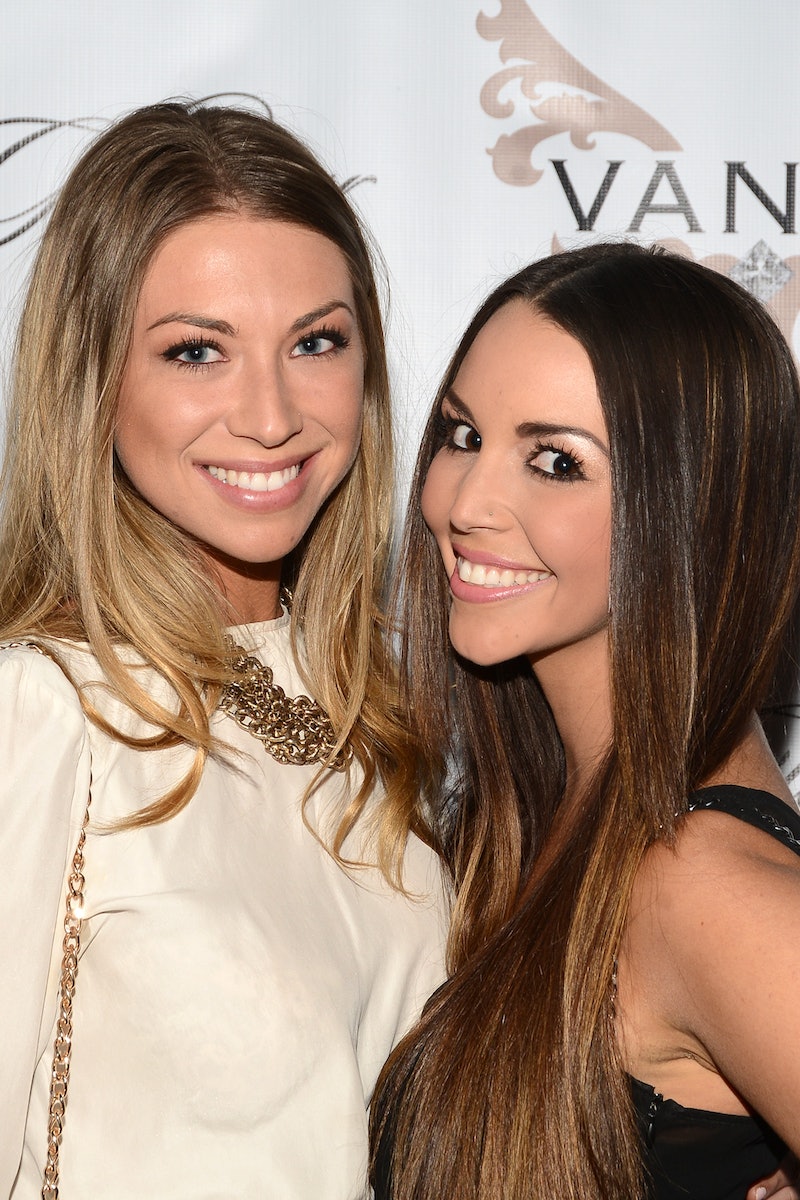 It's been a long and winding road for Stassi Schroeder and Scheana Shay on Vanderpump Rules. The two started out on an absolutely terrible foot — like, the worst foot you can start on — when Scheana came to Sur from Villa Blanca. Stassi made it her mission to ostracize the hopeful pop singer from the group, and it worked. Then, by the hand of some miracle (Lisa Vanderpump), the Stassi and Scheana became friends on Vanderpump Rules , but only for a short while. Season 3 showed the two at opposite ends of the spectrum, which lead us to Season 4, where the two are not friends. But, as previews suggest, the sea could be parting, Hell might be freezing over, and pigs might have just learned to fly because it looks like Stassi and Scheana could be friends again.

At the end of Season 3, Stassi suggested that Scheana stirred up drama regarding a private tape Stassi had sent to an ex-boyfriend. It was, according to Stassi, the reason she "hated" Scheana. But, now that Stassi is returning to the show with her proverbial tail between her legs, itching to get Katie Maloney back into her life, it seems that Stassi could be befriending Scheana in hopes of getting closer to Katie.

So does it work?

While nothing is for sure, fans of the show are speculating that these two are possibly friends again. There hasn't been a tweet confirming, neither woman has posted an Instagram lamenting their past, but there was an alleged Snapchat that seemed to get fans talking.

The Snapchat isn't visible any more, but fans on Reddit explained that the photos were of Stassi, Brittany Cartwright, and Scheana together, seemingly getting along. It could speak to the fact that whatever Stassi's plan was to get back in with her ex-friends worked, and now she's friends with Scheana. Or, it could all be misleading, enticing us to tune into the show, since Stassi hanging out with Scheana and Jax's current girlfriend seems very confusing.

Then again, one fan posted a photo with the two on Twitter at the end of January, which definitely suggests that these two might have buried the hatchet.

If they are friends now, let's hope that they stay that way. I don't know if my heart can handle the emotional toll of these people exiling each other much more.