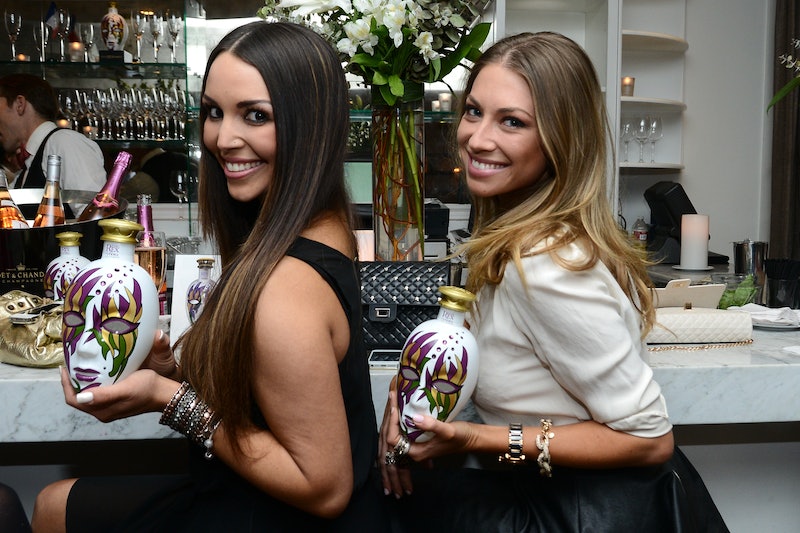 It all started with an oral surgery. Note: if your friend has a very serious oral surgery, text her and make sure she is OK, because if you don't you'll face the same fate as these two SUR beauties. Scheana and Stassi of Vanderpump Rules hated each other in Season 1, it was a brutal start for them. Stassi didn't like Scheana for her involvement in the Eddie Cibrian and Brandi Glanville drama. Stassi also didn't like Scheana and her singing career. Stassi just didn't like Scheana. That was until Stassi had very few friends left, and Scheana came to her side and befriended her. Then it was a match made in heaven. But now, with Season 3 only a few episodes in — and tension still running high from their Season 2 blow outs — is there a chance that Scheana and Stassi are friends now? Unfortunately, I don't think they'll be exchanging best friend bracelets anytime soon.

Season 2 was the friends' downfall. As I mentioned before, Stassi didn't text Scheana when she had oral surgery which caused some tension between the two. It was a very serious surgery, according to Scheana, and the fact that Stassi didn't text her was pretty upsetting. After that, there really was no return for these two. Stassi and Scheana had grown really close during the first season, Stassi was even slated to be a bridesmaid in Scheana's wedding. But after Season 2, none of that happened. In fact, Stassi was the only Vanderpump Rules member that wasn't at Scheana's wedding in July, so this BFF break-up seems for real.

But the summer is gone, so there could be a chance that these two have mended fences and broken egos by now, right? Well, if they have, they have been keeping it quite a secret because from the looks of their social media they haven't hung out in a while. Sure, judging by social media could be way too 2014 for us to make such a judgement, but the cast of Vanderpump Rules seems to Instagram all moments of their lives, so if Stassi and Scheana were hanging out, one of them was sure to 'gram it.

It seems — as per the episodes that are on now — that Stassi's only Vanderpump friend is Katie, although these two have also not been photographed on Instagram for a while (five months). Obviously we can't judge solely on Instagram, but then again, if there's no picture, did it really happen?