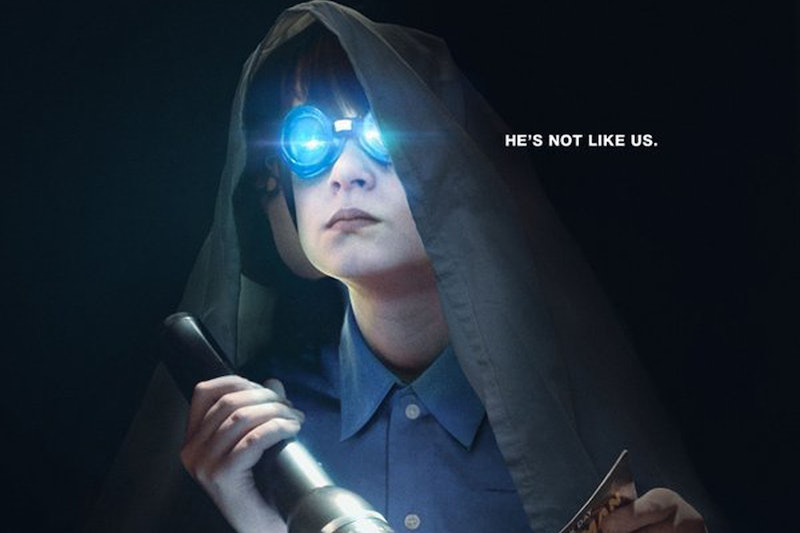 Typically, science-fiction is the domain of the blockbuster with films like Star Trek and Star Wars putting their mega-budgeted stamps on the genre. That just makes it all the more thrilling when indie filmmakers tackle sci-fi, resulting in such fresh takes on the genre as Josh Trank's Chronicle, Rian Johnson's Looper or Bong Joon-ho's Snowpiercer to name a few recent examples that defied expectations to great acclaim. Fans of the indie-sci-fi niche should be especially ecstatic over the debut of the trailer for Midnight Special, since this upcoming film looks to continue that trend… and then blow it out of the water with an insanely awesome cast and some truly gonzo action.

Midnight Special just had its premiere a few days ago at the Berlin Film Festival, which is still ongoing, and the few reviews that have come in from that debut — from reputable sources like Variety and The Hollywood Reporter — have been glowing. (Like Alton's eyes; more on that in a bit.) The general populace won't have to wait very long to see it for themselves, either; the film will hit theaters in just about a month, on March 18… bravely facing off one of those aforementioned big-budget sci-fi films, The Divergent Series: Allegiant.

Hopefully those not too busy flocking to Tris' latest exploits will take the time to check out Midnight Special. In the meantime, here's everything you need to know about the film and why it's going to be so amazing:

Midnight Special tells the story of Ray, a father determined to protect his eight-year-old son, Alton — who is "uniquely gifted" — at all costs. Together with his ex-wife and a mysterious protector, "this group must race to get Alton to a secret location all while being hunted by an extreme religious sect" as well as a "government task force." Just in case the stakes weren't high enough, "It is a full-on chase, the outcome of which could bring about a world-changing event." So basically, it's part family drama, part road trip movie, part action flick, and all sci-fi weirdness. It truly sounds like there will be something for everyone in this movie.

The roster of talent that has been assembled for this film is truly staggering. First you have Michael Shannon as Ray, hot off his award-winning performance in the financial crisis drama 99 Homes. Then you have Kirsten Dunst as his ex-wife, hot off her award-winning performance in FX's Fargo. Then you have Joel Edgerton as their protector, hot off his successful directing debut, The Gift. And finally you have respected thespian Sam Shepard (Bloodline) and Star Wars baddie Adam Driver as the religious leader and the government employee pursuing Alton, respectively. Does it get any better than that?

Filmmaker Jeff Nichols is far from a household name yet, but he has amassed quite a following on the festival circuit thanks to his first three dramas, Shotgun Stories (2007), Mud (2011), and Take Shelter (2012), all of which he directed from a script he wrote himself. In the vein of such legendary director/actor pairings as Scorsese/DiCaprio, Burton/Depp, and O. Russell/Lawrence, Michael Shannon has appeared in every single one of Nichols' movies — including his next feature, interracial marriage drama Loving also starring Joel Edgerton (again) and Ruth Negga (Agents Of S.H.I.E.L.D.), which also just premiered in Berlin.

Why does it seem like all the best sci-fi movies focus on kids? There's just something about the childlike wonder inherent in being young that fits perfectly with fantastical, out-of-this-world themes. Just think of E.T., Escape From Witch Mountain, Explorers, Super 8, or my personal favorite, Flight Of The Navigator. And Midnight Special's young star, Jaeden Lieberher, looks like he'll very much cement his own place in the genre. He certainly has the chops, having previously drawn attention as the young boy Bill Murray bonds with in the 2014 dramedy St. Vincent.

What exactly is Alton? An X-Men-like mutant? An extraterrestrial? (The trailer certainly seems to hint at the latter, with multiple people seen staring up at the sky in apprehension.) Either way, what exactly is his power, other than blasting light from his eyes. As cool as that is, the summary of the film certainly makes it sound as though Alton's ability has much more apocalyptic potential than just "creepy glowing eyes." Just like J.J. Abrams made you wait until you were in the theaters to unveil his Cloverfield monster, we probably won't get a full grasp of the movie's many mysteries until we see it for ourselves.

Just in case of indie filmmakers and family dramas was lulling you into a false sense of security, fear not: Midnight Special will also pack plenty of action. The two-minute trailer gives us glimpses of high-speed chases, dramatic supernatural powers, and… some sort of fiery doom raining down from on high. Made for a mere $18 million (that's only 9% of Star Wars: The Force Awakens ' $200 million budget, just for reference), it's impressive how believable the effects look and how large-scale some of the action seems to be.

Now check out the trailer for yourself right here and get pumped for Midnight Special's release next month: