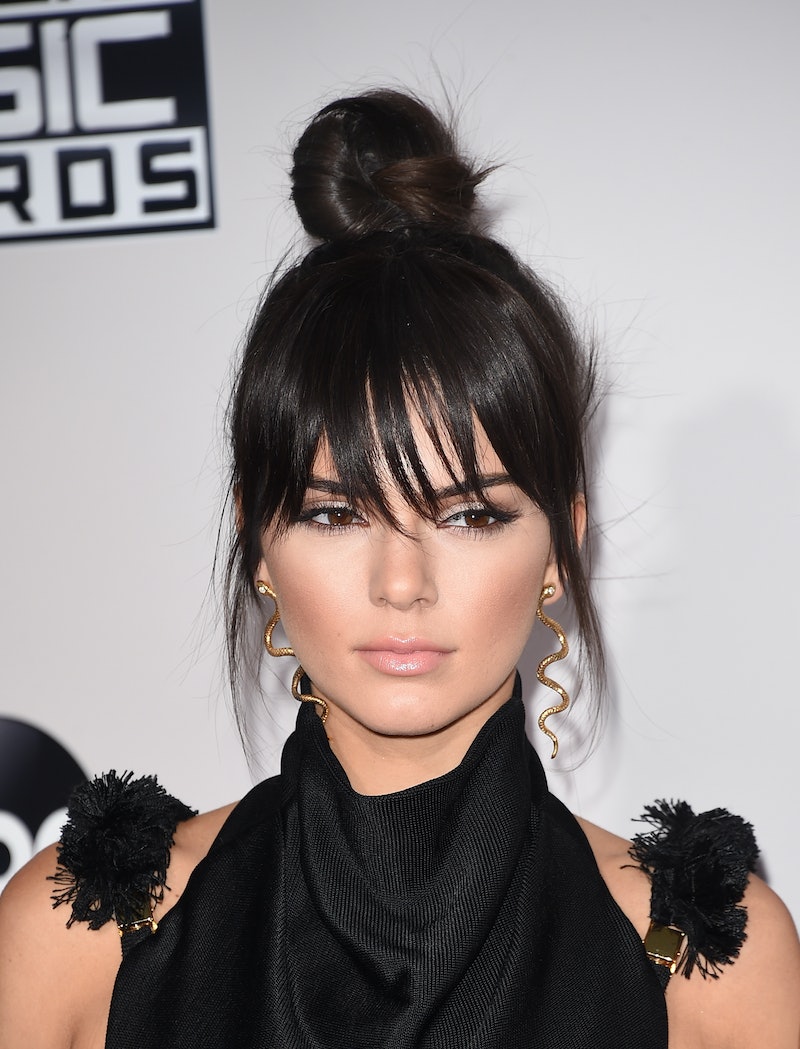 We don't often see Kendall Jenner out partying like her sisters Kylie Jenner or Khloe Kardashian, but that didn't mean we weren't excited about a possible Kendall Jenner Grammys after party outfit. After all, her brother-in-law is one of the most highly-anticipated attendees at the 2016 Grammy awards show and she is pretty good friends with Justin Bieber and you know, that one guy Harry Styles. But the Grammy Awards just so happened to occur during the same time New York Fashion Week is happening, and we all know that the supermodel is super busy slaying on the runway — or should I say dance floor?

On Sunday night, Kendall Jenner joined fellow It girl and bestie Gigi Hadid, as well as Karlie Kloss and Lily Aldridge at Diane Von Furstenburg's Fall 2016 collection presentation. In lieu of a traditional runway show, DVF decided to have more fun with it, throwing a '70s-inspired disco dance party. It looked like so much fun, leaving us all jealous, wishing we could join them.

Fun aside, I also wanted to steal everything that Jenner was wearing, from her booties to the way her hair was styled. The 20-year-old model looked absolutely stunning in a colorful silk jumpsuit with black booties and a matching choker.

I mean, how amazing does she look/how badly do you want to get in on this dance party situation!

Jenner hasn't walked in any other shows this NYFW, but she has made some appearances in the audience. The distressed sweater dress she wore to Yeezy Season 3 was absolutely everything:

Matching with Caitlyn Jenner, of course.

She also debuted the Kendall + Kylie collection with her sister in another neutral-colored mini:

That fur coat, though.

Jenner brightened things up at the Zoolander 2 premiere in a super sweet pink mini dress:

I'm not used to seeing Jenner in something so feminine, but I love it!

New York Fashion Week isn't over yet, so I'm thinking that's the reason Kendall Jenner is still in New York and skipping out on the Grammys after parties tonight. Don't worry, though — there are still lots of shows left, which means plenty more Kendall Jenner looks to marvel over soon.