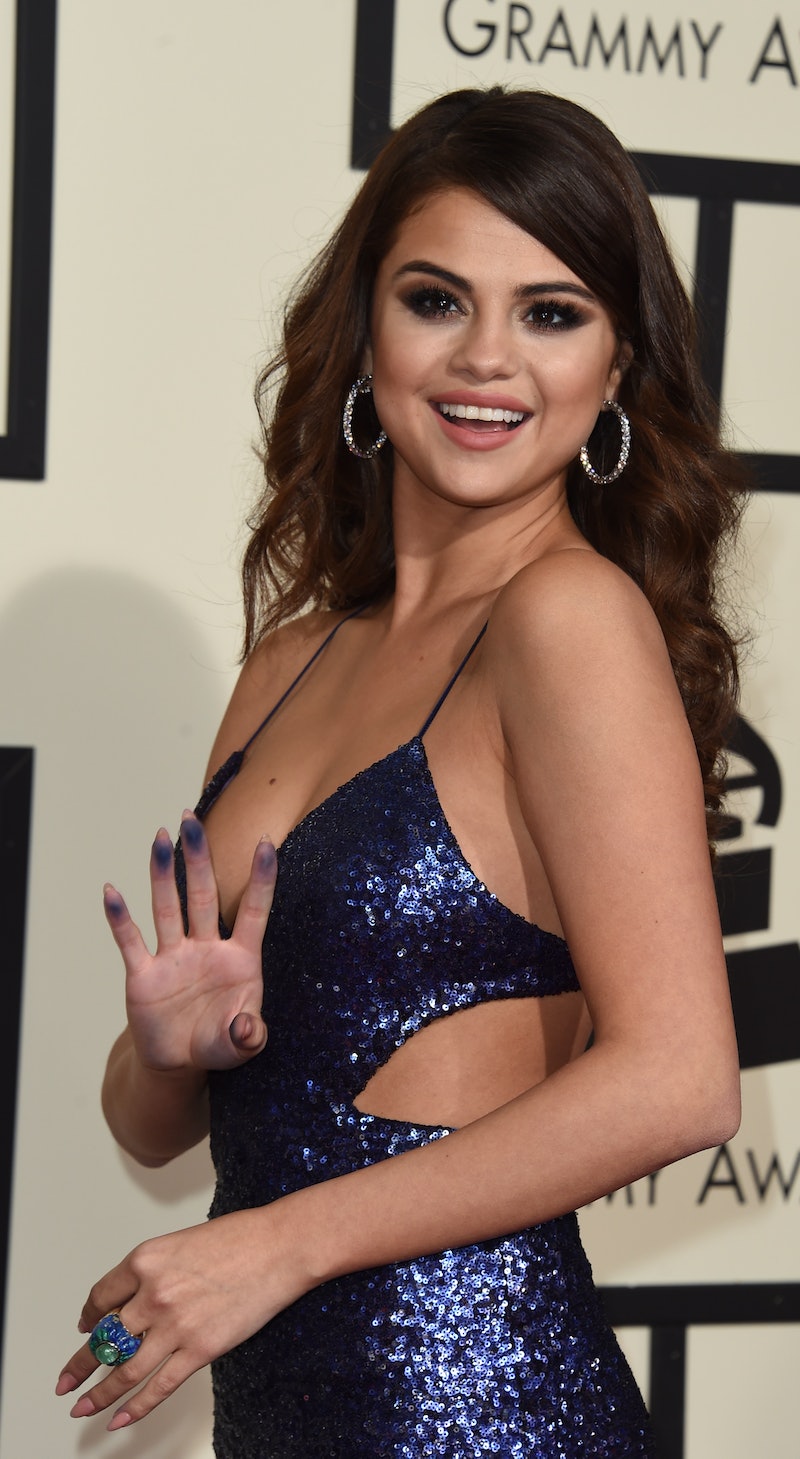 The best thing about any event on live TV is that it's live, which means so many unexpected things can happen that can't be edited out. I'm sure it's a publicist's nightmare, but it's a viewer's dream come true. So, that's why I love the 2016 Grammys red carpet on E! — so many opportunities for the world's biggest rock stars to shock and surprise us. And, they didn't disappoint this year, that's for sure. The Grammys red carpet delivered many awkward moments that are worth re-living over, and over, and over again. Bless the Internet and its ability to save everything, forever.

From artists being mislabeled (WHY DOES THAT ALWAYS HAPPEN? YOU HAVE ONE JOB CAPTION-WRITING GUY. ONE JOB), to Ryan Seacrest being generally terrible with the questions he decided to ask (you leave Selena Gomez and the single people alone, Ryan), the Grammys were on point when it came to not being on point. But, like I said, as a viewer I am not even mad. And, imagine if all this went down on the red carpet alone, just you wait for what the actual ceremony will bring. It's gonna be too good.

When Kacey Musgraves Was Mis-Labeled As Tori Kelly

Starting the night off strong!

The red carpet host was really interested in Selena Gomez's romantic life, asking her what her perfect date would be and whether she had a romantic Valentine's Day. When Gomez said no, that she'd just hung out with her other single friends, Seacrest fired back with his ~clever~ nickname for V-Day: "Singles Awareness Day. S.AD." You know, like, you're so sad because you're single. UGH. Fortunately, Gomez fired back saying she's totally chill with her situation right now. Seacrest, no.

When Ryan Seacrest Talked About "Whippings" With Alice Cooper

Seacrest, NO. Just because Cooper came with a crop as a prop (also, why?) doesn't mean the show needed to go all Fifty Shades of Grey by bringing it up.

Yeah Bella Hadid wore a low cut dress. Saying she was "racking it" instead of "rocking it" was a little awkward, though. Some puns should just not be made!

The rapper talked joined the fashion team and talked with them for FOREVER. OK, like 10 minutes. But, that's pretty much forever in TV time. Why was he there? No idea. He talked about his grandmother who had passed away, which was sad, and then thos hosts debated which nickname they liked best for him. Giuliana Rancic voted for "Big Daddy Sean" and so, yes, we had talk of his granmother and a gross nickname all in one segment. No thanks!

When There Was Serious Sound Issues

The hosts did a whole segment while a mic screeched in the background for entirely too long.

All in all it was a pretty good carpet for awkward moments! And, that's how I measure the success of an awards show, anyway.