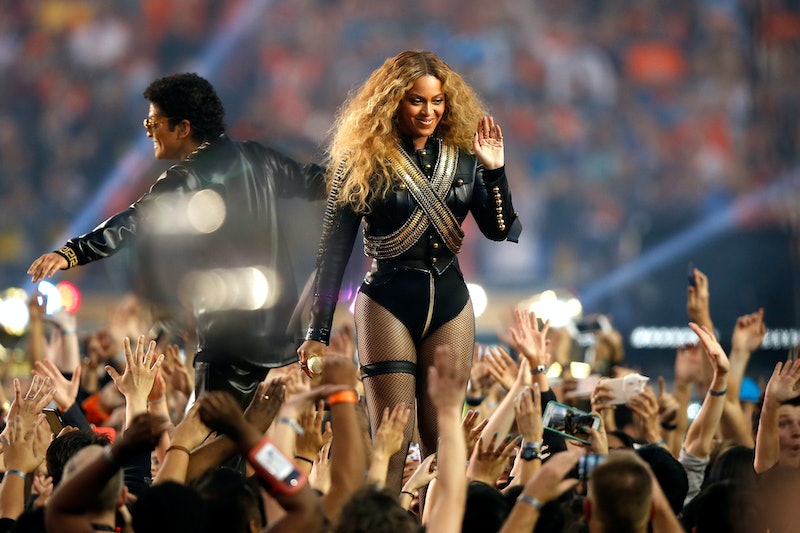 The Grammy Awards haven't even started yet, but one of the night's biggest surprises may have been blown already. According to Billboard's Instagram, Beyoncé may perform at the 2016 Grammy Awards. They showed us a sneak peek into her dressing room, and what else could that mean? [Update: Beyoncé didn't perform, but she did present an award! And, honestly I'll take any Beyoncé appearance I can, so this last minute switch up is just fine with me.]

She's not scheduled to perform or present, nor is she nominated for any awards (which is kinda nonsense aka a major snub), but coming off of the fervor surrounding "Formation" and her show-stealing performance at the Super Bowl earlier this month, it's truly no surprise that she would make an appearance on the Grammys stage. Plus, what better way to kick off a tour than with a performance for the rest of the best of the 'biz. It's the Grammys; anything can happen.

Still, maybe she just wants a dressing room to chill in during the show. Maybe it was a typo, or she's presenting last minute instead. Maybe it's for Blue Ivy to nap in. Wouldn't that be an epic move? Still, the most likely reason for Beyoncé to have a dressing room at the Grammy Awards is that she's performing her single, a tribute, or something equally epic. Hold onto your hats, people! THIS IS NOT A DRILL!