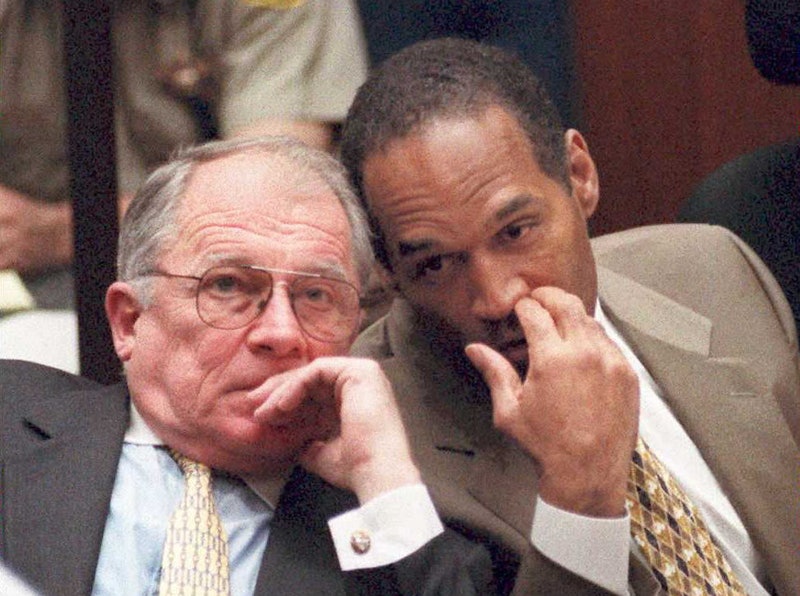 In another example of the series' unexpected casting, Broadway veteran Nathan Lane plays F. Lee Bailey in The People v. O.J. Simpson: American Crime Story . A member of the former NFL star's defense team, Bailey contributed significantly to Simpson being acquitted of the murders of his ex-wife, Nicole Brown Simpson, and Ronald Goldman. Bailey became a household name like the rest of the lawyers on both sides of the case, thanks to the public's fascination with the case and the media's access to the courtroom. However, the Simpson trial was not Bailey's first high-profile case, nor would it be his last. His career is decorated with several noteworthy wins, but has also been touched by controversy. But where is F. Lee Bailey now?

At the age of 82, Bailey is no longer actively practicing law, though his retirement from the job has nothing to do with his age. Once authorized to practice in both Florida and Massachusetts, Bailey was disbarred by both states in 2001 and 2003, respectively. According to CBS News, he was disbarred in Florida due to his actions regarding stock involved in the case against Claude DuBoc. Bailey represented DuBoc, and took control of almost $6 million worth of his client's stock. CBS News reports that Bailey helped DuBoc negotiate a deal in which he'd plead guilty to drug smuggling and forfeit his assets to the government, including that stock. However, Bailey had mixed profits from the sale of that stock with this own bank accounts and did not relinquish the stocks to the government until he had spent six weeks in prison in 1996. This lead the Florida State Supreme Court to find Bailey guilty of "the most serious and basic trust account violations."

According to the New York Times, Bailey disputed that this was the nature of the deal and "said he intended to keep the stock's appreciation, more than $20 million. He argued that since he had assumed the risk for any loss had the stock's price dropped, he was entitled to the gain.which had risen rapidly in value, was payment for his legal fees and later, that he was due the difference." The ABA Journal reported that being disbarred in Florida "led to reciprocal disbarment by the state and federal courts of Massachusetts."

In 2013, Bailey applied for a license to practice law in the state of Maine. His application was rejected by the Maine Bar Association, according to the New York Times. The newspaper reported that the Association wrote that their decision was based on Bailey's inability to present "clear and convincing evidence that he possesses the requisite honesty and integrity" in order to perform the job. Bailey also owed $2 million in federal back taxes at one time, which affected Maine's decision, according to the Bangor Daily News.

Despite the blows to his reputation particularly in the last 15 years, Bailey hasn't been forced into complete retirement. There's no question that he is a prominent name in the legal world, and the former defense attorney has made his services available to clients in other ways. He's currently a partner in the business consulting firm Bailey & Elliott, based in Yarmouth Maine, and makes public appearances as a paid speaker. He's authored and co-authored several books, including non-fictional accounts of his cases, legal textbooks, and even one courtroom novel. In 2014, he told Maine's WMTW News that he remains convinced of Simpson's innocence, though the trial was "a charade almost from the get-go."