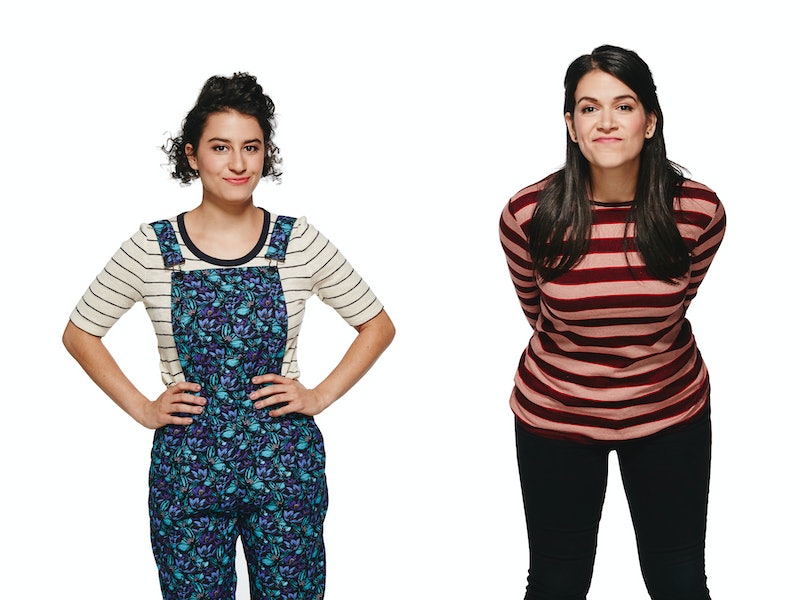 Broad City is almost back, and they have got a doozy for a season ready for us. How do I know this? The Broad City Season 3 guest stars are going to blow your mind. Abbi Jacobsen and Ilana Glazer have teamed up with some veteran comedians and major stars for their latest batch of eps in 2016.

In previous seasons, the girls have rubbed shoulders with Kelly Ripa, Amy Poehler, Fred Armisen, Patricia Clarkson, Alia Shawkat, Seth Rogen, Rachel Dratch, and a veritable "who's who" of Upright Citizen's Brigade performers. They always find a way to make their guest appearances count, too. This show is very good at subverting our expectations and going against a star's "type" whether they are playing a wacky character or a heightened version of themselves.

The assembly of performers they have coming down the pike for Season 3 takes it to the next level. We've already glimpsed a few of them on social media and in the official Broad City Season 3 trailer. While a few cameos, like Abbi and Ilana's parents and coworkers, are returning this season. As for new guest stars, here is who to look forward to when Broad City returns, according to the official Comedy Central press release (unless otherwise mentioned).

The Kween herself, Presidential Candidate Hillary Clinton will cameo.

He's a comedy legend thanks to M.A.S.H.

Another sitcom superstar, from Who's The Boss.

The stand-up comedian will also appear this season!

Though not in Comedy Central's press release, but we can deem from this 'gram that the two comediennes will guest star on the show. Yay!

With a perky new look, the singer also posted on Instagram about his upcoming appearance.

According to the Season 3 trailer, he'll be playing himself.

Step aside, everyone. This actress is an Oscar winner.

You may know his voice from Bob's Burgers better than his face, but he'll be there.

How perfect. This should definitely put all Broad City and Sex and the City comparisons to bed, right?

Finally, one of the all-time greats and a quadruple threat, Vanessa Williams will be visiting Broad City Season 3. It's shaping up to be a great year, and I can't wait!