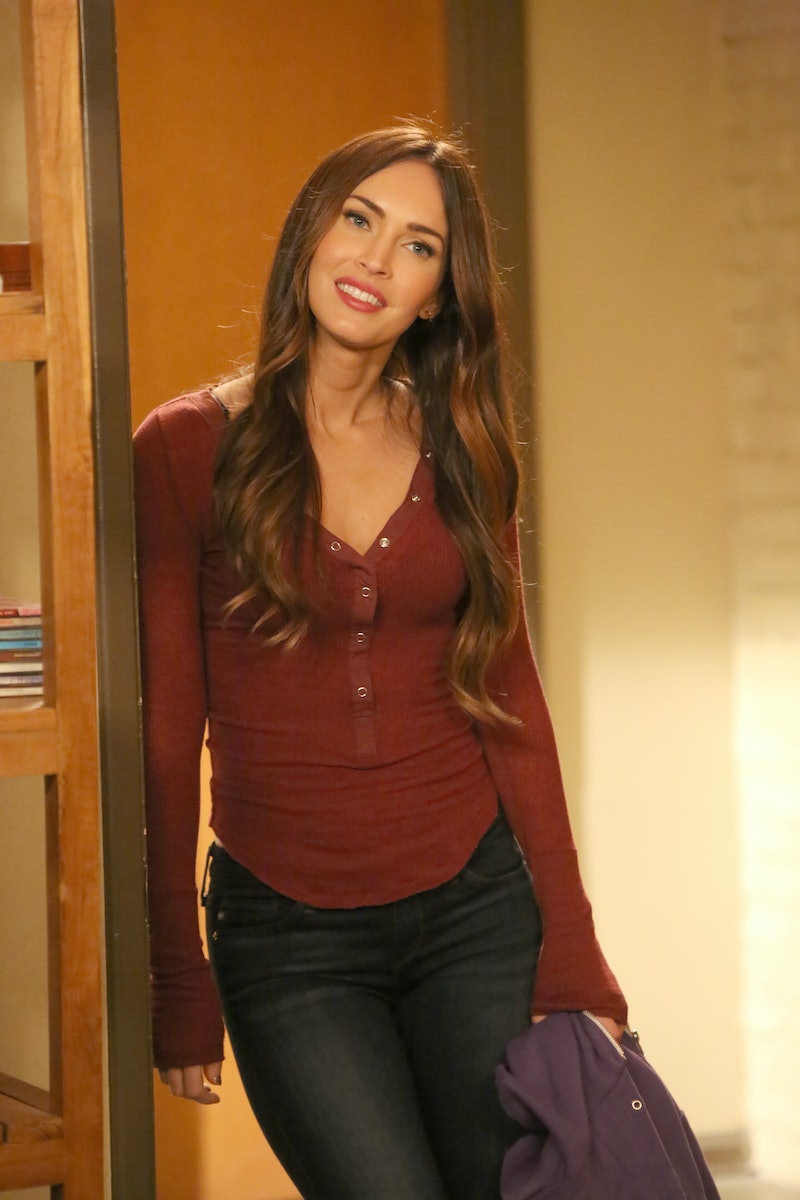 When I first learned that Megan Fox would be replacing Zooey Deschanel on New Girl during the time of her maternity leave, I have to admit that I had my doubts. I mean, could the series even work without its leading lady? Would Fox fit in well with the rest of the loftmates? But as it turns out, the answer to all of those questions is a resounding YES! The actress has been a welcome addition to the show — so much so, in fact, that a big part of me is already dreading how long we have until Megan Fox leaves New Girl — a deadline which, unfortunately, seems to be just around the corner.

We already knew that Jess would be MIA for a total of six episodes thanks to jury duty (aka Deschanel's maternity leave), but what you may not have realized was that her return — which is set for Episode 10 on March 8 — will also closely coincide with Fox's departure. However, before you get too bummed out about this news, take comfort in knowing that, before Fox goes, we'll get to see these two new girls come face to face with each other. Or, at least that's what series creator Liz Meriwether told HitFix during a recent interview. "Our 100th episode," she teased. "They overlap with one episode."

But here's where the confusing part comes into play. If you look up the number of New Girl episodes that have aired, you'll see that the show has already hit the 100 mark with the "Reagan" episode, which obviously didn't include Deschanel. Did Meriwether perhaps get her episodes mixed up or did we all collectively blackout a Jess-Reagan interaction? I suppose either is possible, but just for argument's sake, let's go with the former explanation. But that doesn't mean we aren't still in store for a Jess and Reagan showdown.

In fact, Jake Johnson, who plays Nick Miller on the show, recently spoke to The Press of Atlantic City and reinforced Meriwether's claim that these two ladies will eventually meet. "When Zooey came back it was great because (the characters) Jess and Reagan are really funny next to each other." So clearly, their storylines are going to overlap. And honestly, it doesn't matter to me if this is the 100th episode or not, this is a pair up that I need in my life ASAP.

And as sad as saying goodbye to Regan is bound to be, don't just assume that she's gone for good. According to the HitFix interview, Meriwether is all for having the actress return. "We're trying to figure out her coming back," said Meriwether. "We did leave it open, and I think it's a real possibility." So don't worry, my friends. I have a feeling this departure may only be temporary.

More like this
Ozzie’s Coming Out Scene With Kitty On 'That ’90s Show' Has Twitter Sobbing
By Brad Witter
Here’s Everything Coming To & Leaving Netflix In February
By Jake Viswanath
All The ’70s Easter Eggs You Missed In 'That ’90s Show'
By Grace Wehniainen
Everything To Know About A Potential 'Lockwood & Co.' Season 2
By Gretchen Smail
Get Even More From Bustle — Sign Up For The Newsletter
From hair trends to relationship advice, our daily newsletter has everything you need to sound like a person who’s on TikTok, even if you aren’t.