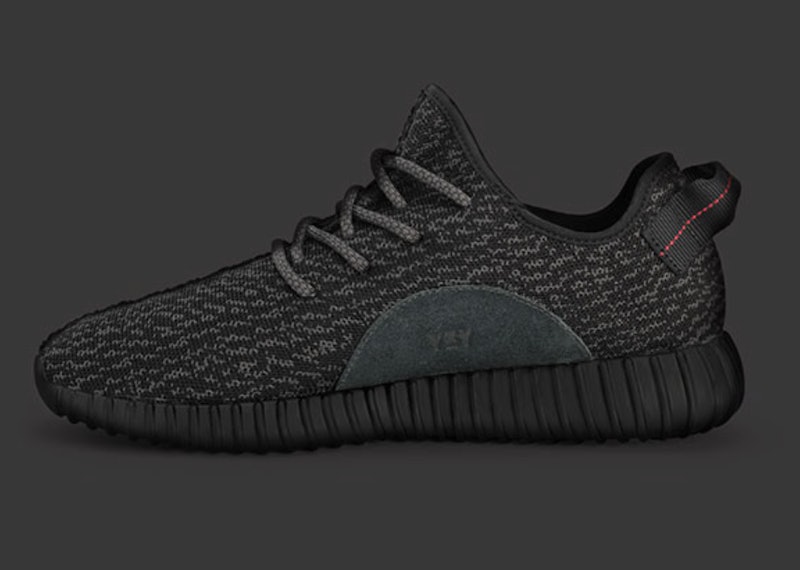 It was another big day in the shoe world. At 8AM EST, the much-desired Pirate Black Yeezy Boost 350s landed online and at select retailers, where customers entered a raffle for the chance to purchase the Kanye West-designed sneakers, which have attained status of fashion unicorns. As history has shown us, Yeezy Boost 350s sell out super quick. Unless you are a Kardashian or a Jenner, or a "Kardashianner" with familial ties to Mr. West, these shoes are really, really hard to get. Are the Pirate Black Yeezy Boost 350s sold out? Are sneaker fanatics clenching their fists and gnashing their teeth due to disappointment?

Well, history is repeating itself, which is often the case, and the Yeezy Boost 350s in black appear to be gone, baby, gone. While Adidas' official site has yet to post an official sell-out notice yet, the Pirate Black Yeezy Boosts, which I prefer to the equally hard-to-obtain tan edition, have been difficult to nab since the on-sale period began.

Of course fans and customers seeking these sneakers are in hysterics and I can't say I blame them, especially those who were shopping online and waiting patiently only to find out their order couldn't and wouldn't go through. Others couldn't even get onto retailer sites to begin with, due to user overload.

PacSun posted news of their sell-out. When you click on the photo to the right, it goes to a "Page Not Found."

When I arrived at the Yeezy Boost 350s Pirate Black page on the official Adidas site, it wasn't shoppable. It looked pretty, though.

That said, I couldn't even get on the Foot Locker site to poke around, either.

I always expect the Yeezy Boost 350s to sell out quickly, since they always do. But fans overseas were tweeting their frustration at the shoes selling out while they were in the queue waiting to purchase.

This Yeezy Boost wanter was "gutted." That's understandable, since he waited an hour and ended up empty-handed.

This was a common occurrence, it seems. Customers got through and were ready to pay, only to find out the shoes were sold out.

Domestic customers experienced similar troubles and disappointment. Notice that there are no guarantees.

Clearly, these sites were being overrun by users frantically trying to shop the shoes.

The Boost 350s are essentially the Kylie Lip Kits of the shoe world and there is a pattern here. That is, they cause a stir before restocking, they pretty much break the Internet due to excitement and anticipation, and then the restock sells out instantly, leaving a trail of disappointed shoppers in its wake.

Of course, there are always third party options available. But those will usually cost you.

None of this surprised me, though. The continued degree of difficulty in obtaining a pair of Yeezy Boost 350s keeps their cult status in tact.