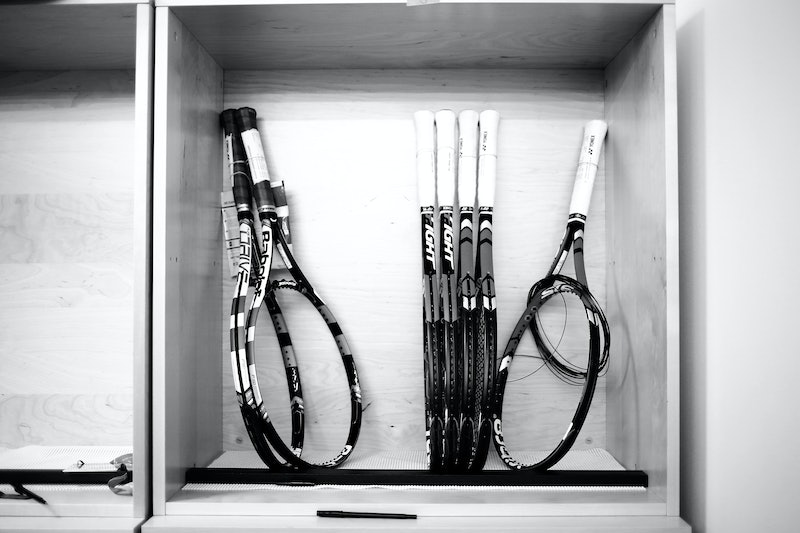 Today, tennis is a major international sport and a multi-billion dollar industry — and it's also one of the few sports in which the earning potential of male and female athletes is totally equal. But things weren't always like that. Tennis has a long and winding history, and while today it's a sport of grand stadiums, flashy sponsors, sleek equipment and televised matches, it didn't always look that way.

Despite the fact that today we think of tennis as involving a lot of specialized, modern equipment, tennis has actually been around for ages. In fact, the earliest forms of tennis were played on monastery courtyards in France, with players using their hands instead of racquets. It evolved into a form of tennis called real tennis (yes, "real tennis"), which is still played today. It played an important role in the courts of medieval Europe — and, in fact, led directly or indirectly to the death of at least three kings: James I of Scotland, and Louis X and Charles VIII of France. Sort of puts today's tennis injuries in perspective, doesn't it?

Tennis as we know it today began in the mid-19th century in Britain, and was referred to at the time as "lawn tennis." It was also popular with women from the very beginning. So what did women's tennis look like through the ages? Well, here's a peek.

Lawn tennis got going in the mid-19th century after a British major and a Spanish merchant combined aspects of the British game rackets and the Spanish game pelota. The two opened the first tennis club in 1874. The above drawing comes from the same year, demonstrating the layout of the court — which looks pretty familiar for anyone who's seen a modern tennis court. Also familiar: The fact that women are on the court. Even back in 1874, women were still playing mixed doubles. Though playing in a bustle skirt isn't something that survived the nineteenth century.

Wimbledon began in 1877 as a fundraiser — not exactly the most auspicious beginning for what would become one of the biggest tournaments in tennis. The first Ladies' Championship at the tournament was held in 1884. Maud Watson was the first victor and earned a prize of 20 guineas. Not much compared to the 1.8 million British pounds that winners earn today.

The tournament was also notable in that, in the extreme heat, one of the women fainted during the second set, probably due to the fact that the competitors were expected to wear long skirts and corsets. The incident was used as evidence for women being too weak and fragile to play five set matches, but it doesn't seem to have made much impact on what women were allowed to wear.

Introduction to the United States

Not only has tennis been popular with women in the United States since its introduction — tennis was actually introduced to the United States by a woman, namely Mary Ewing Outerbridge. She was introduced to the game in Bermuda and brought it back with her to her home country. The first ever game played in America was between Mary Ewing Outerbridge and her sister Laura on Staten Island in 1874.

And as seen in the picture above, painted in 1887, women in America enjoyed a good game of mixed doubles — and a good bustle skirt — just as much as their British counterparts. (Tough, really — what is it with women having to play sports in long skirts?)

Tennis continued to thrive on both sides of the Atlantic as the nineteenth century progressed — and in Australia, too, where women, of course, played the game along with men, as seen above.

Tennis became an Olympic sport in 1896, but the first women's tournament wasn't held until the next summer Olympics in 1900. (Though it was dropped as a sport in 1924 and didn't return until 1988, due to conflicts between the International Lawn Tennis Association and the Olympic Committee.) In 1900, women from four nations competed in tennis; the first female gold medalist for tennis was Charlotte Cooper of Great Britain, who was also a former Wimbledon champion.

Tennis continued to grow in popularity among both men and women in the early 20th century. New tournaments were organized, including the rest of what would become the four Grand Slams. The International Lawn Tennis Federation was formed with 12 participating nations, making tennis a truly international sport. And before long, professional players — both men and women — were going on international tours, too.

And tennis also began to look very different, at least in terms of what women wore. From the long skirts seen above at Wimbledon in 1901, women eventually began wearing much less restrictive clothing, such as these Australian players in 1922.

By the time stars like American Helen Wills Moody — who won a total of 30 Grand Slam tournaments over the course of her career — emerged in the 1930s, women were wearing something that looks a lot more like modern tennis clothes.

Although women have been involved in tennis from the beginning, the sport was not half so egalitarian in regards to race, and remained a highly segregated sport well into the 20th century. The first African American player to break into tennis was Althea Gibson, pictured above, who became the first person of color to win a Grand Slam when she won the French Open in 1956. It was a time when the United States still had segregated drinking fountains, making her success in the all-white world of tennis all the more remarkable.

All in all, Gibson won 11 Grand Slam tournaments over the course of her career, before going on to become a professional golfer. She paved the way for more people of color in the sport, such as Arthur Ashe or Katrina Adams, who is currently the president of the United States Tennis Association, and, of course, the Williams sisters.

In 1968, tennis's Open Era began, which opened the Grand Slam tournaments up to both professionals and amateurs. It was a major change for the sport, and it brought new opportunities for women — although there existed a major gap between how much men and women earned in prize money.

Stars of the early days of the Open Era include women like Margaret Court, pictured above, who holds the record for the most Grand Slam victories. Another star, Billie Jean King, helped found the Women's Tennis Association (WTA), which still exists today and which hosts the US Open every year, to advocate for gender equality in the sport. Naturally, the US Open became the first Grand Slam to give male and female winners equal prize money, starting in 1973.

After years of women advocating for equal prize money, in 2007 Wimbledon became the last Grand Slam to equalize their prize money. The change was thanks in large part to pressure from both the WTA and tennis stars, especially Venus Williams, pictured above.

Today, women in tennis have the opportunity to earn just as much as men, and no one has to wear corsets. In fact, some of the biggest names in tennis are women, especially Serena Williams, pictured above, who is poised to potentially set the record for most Grand Slam wins in the Open Era sometime this year.

The sport sadly is still very white dominated, but many stars of color, such as the Williams sisters and Madison Keys.

But one thing is clear: Women are going to continue to be part of the picture that is professional tennis — and, in fact, they have been from the very beginning.