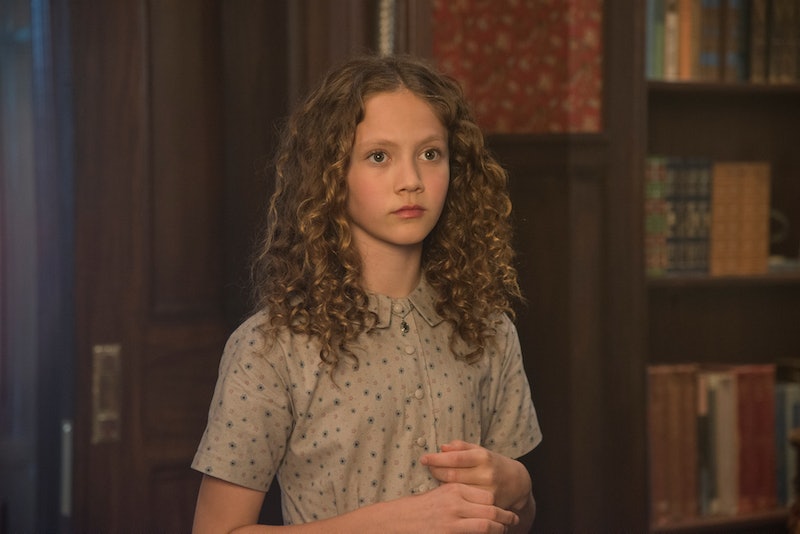 Netflix's Love, which premiered on Feb. 19, has a lot of things going for it. Chief among them is the fact that creator Judd Apatow's youngest daughter, Iris Apatow, appears on Love as Aria, the young star of a TV series. Iris' performance is one of the series' highlights, and may make you wonder if Aria is based on a real person.

It seems that there will be at least some similarities between Aria and Iris herself, including the simple fact that both are young actors — prior to Iris' role in Love, the 13-year-old appeared in Judd's Funny People, Knocked Up, and This Is 40. In an interview with /Film, Judd discussed casting his daughter on the Netflix series and said, "Just like knowing Paul Rust or Gillian [Jacobs], I think the work is better when you know people intimately. You just know some angles and aspects of their personalities that will be fun to show on the show." So it sounds like, at least in some ways, Iris' character is somewhat like to her in real life. One such similarity may be Aria's love of Instagram, as Iris is active on the social media site as well.

Regardless of Aria's origins, though, she's sure to be quite the character: After all, she's a young star on a drama about witches in Kansas, which is rather delightfully named Witchita (where protagonist Gus works as an on-set tutor). Described within the show as "Desperate Housewives meets Witches," it certainly sounds like a fun fictional star vehicle for the youngest Apatow.

Iris is also already getting positive reviews for her role, and interestingly enough, she helped create it, alongside her father — as he pointed out to /Film, "I wanted to use her in it and we were trying to think of fun jobs. It all happens at the same time. What’s a fun job? Who are fun people? What could this look like?" He also praised his daughter's work, saying, "Iris is really talented and really hilarious now. It isn’t an enormous amount of days on set and I think that she’ll add something to the show."

This isn't Iris' first collaboration with her father, but it is her first solo appearance without her older sister Maude, and according to Judd, she's someone to watch. He sweetly told the Independent, "I thought she was really funny, she's a good actress." And that's something else she definitely has in common with Aria onLove.

More like this
Why Simone Ashley Had To Study Snails For Intimacy Training, Pre-‘Bridgerton’
By Grace Wehniainen
Julie Andrews Revealed A Surprising Behind-The-Scenes 'Bridgerton' Detail
By Grace Wehniainen
Who Is 'Umbrella Academy' Star Elliot Page Dating After His Divorce?
By Jake Viswanath
Regé-Jean Page Spoke Out On His Rumoured 'Bridgerton' Return
By El Hunt and Maxine Harrison
Get Even More From Bustle — Sign Up For The Newsletter