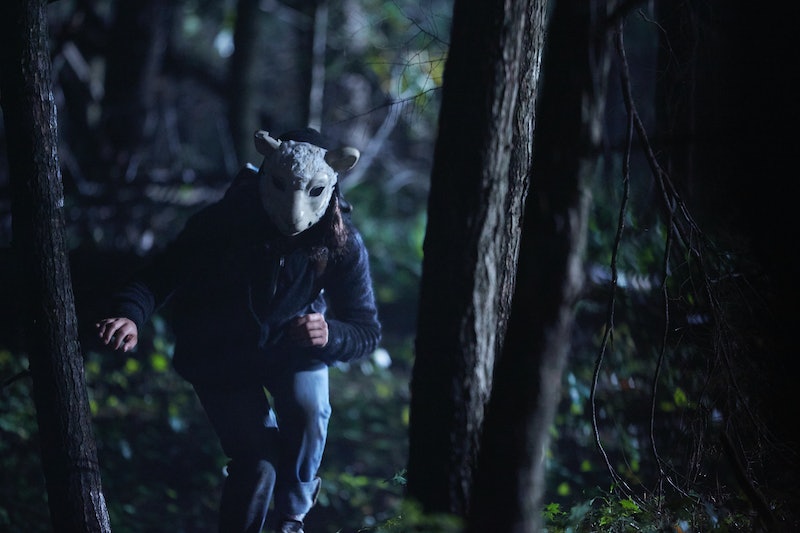 A new trailer has dropped for Season 4 of BBC America's Orphan Black , and along with it a pretty major piece of news about the future of our favorite sci-fi series. Clone Club will be shifting to a new night… and that's either very good news or very bad news depending on if you're a Shonda Rhimes fan. For its fourth year on the air, Orphan Black will be leaving its old stomping grounds of Saturday nights (typically viewed as TV's graveyard shift) and be invading Thursday nights, encroaching upon ABC's #TGIT territory and airing directly against How To Get Away With Murder.

Thursday is traditionally one of the most crowded nights of television, so, on the one hand, this move shows great faith in the show on BBC America's part. But, on the other hand, the move is also bound to create untold amounts of DVR conflicts, as viewers attempt to reconcile the new addition to the night's lineup. But juuuust in case you were having doubts about your commitment to Orphan Black — in which case you're not truly a diehard member of Clone Club anyway — the Season 4 trailer has provided plenty of reasons for you to make sure you don't miss the new batch of episodes.

"Where the hell are you going?" the voice of Det. Art Bell asks Sarah in the opening moments of the trailer. "Back to the beginning of all this" is her answer, promising viewers some long-awaited answer. (Maybe?)

Sarah's foster mother has emerged as one of the most surprisingly badass characters on the show, her devotion to her adopted daughter and her clone sisters driving her to ever greater lengths to protect them. It's great to see that she'll continue to kick ass and take names in Season 4.

Every show worth its salt needs a bad guy you can hate. And who is more fun to hate than James Frain's Topside enforcer Ferdinand? He may have tentatively allied himself with our favorite clones after learning that the hated Neolutionists had been manipulating him all along… but who's really willing to bet that alliance will stand long?

Any glimpse of the most sympathetic clone will alive and breathing is a plus in my book, considering how long Cosima has been ailing. Can we cure her once and for all so we can all stop stressing over Cosima's fate please? Kthxbai.

I'm surprised it has taken four years to get a character with a penchant for creepy masks on the show. This new development introduces a new genre — horror — into the already multi-hyphenate sci-fi-action-adventure-thriller-drama-comedy series.

Naturally, part of the fun of each new season of Orphan Black is meeting even more new clones like Rachel, Jennifer, Tony, and Krystal. Apparently the character under the sheep mask is Season 4's newest addition: a clone with the mysterious nickname "M.K."… and that's about all we know about her so far.

Alison and Donnie are so mismatched — and yet so perfectly right for each other — it's hilarious. I know that their suburban misadventures are so often wholly disconnected from everything else that's going on in the show, but I'd be lying if I said I didn't love watching them interact and that I appreciate the levity they bring to the often very serious show.

We all know terrifying Helena can be when protecting her sestras. Now imagine how terrifying she'll be when protecting her own unborn baby. I pity the fool that gets in her way. And how awesome is the image of a little mini-Helena running around causing chaos? Maybe her baby can be given some magic growth hormone that will speed its development. Hey, this is sci-fi, right?

Long before Carl Grimes copied her by getting in the path of that wayward bullet, Rachel Duncan made losing an eye look cool by sporting a sleek eyepatch to go along with her resting bitch face. Interestingly, Rachel did receive an eye implant, so it's odd to see her once again wearing the patch. Is this old footage? Or does something happen to her new eye?

Oh, Felix. You one-liner spouting bastion of hope and maintainer or light-heartedness and arbiter of fashion. What would Orphan Black be without you? Truly, a pit of despair. Let's all give thanks to the continued well-being of Felix and his fabulous eyeshadow. #bowdown

"Hey," Sarah says as she confronts someone in her loft. "Who are you?" That's a great question, since the trailer then quickly flashes the faces of five new, never-before-seen characters… including the stylish woman above. How will they fit into the convoluted mythology of Orphan Black? We'll have to wait to find out when the new episodes debut two months from now.

Season 4 of Orphan Black will premiere on Thursday, April 14 at 10 p.m. ET on BBC America.