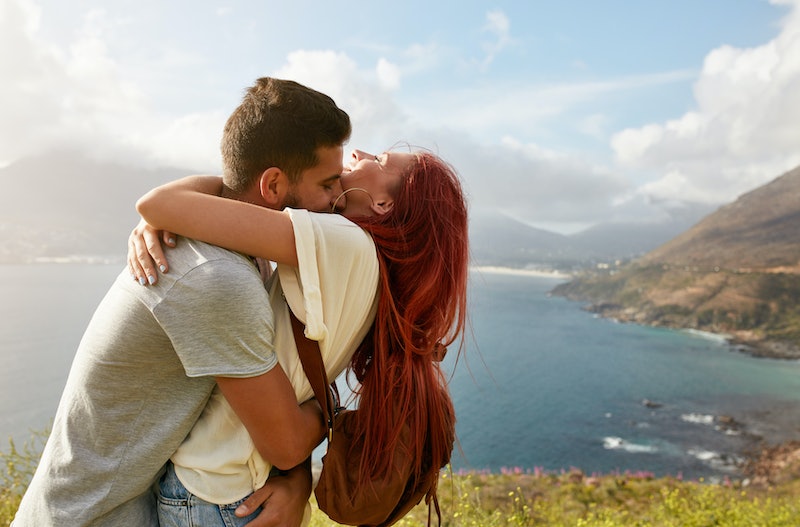 In high school, a getting a hickey (also known as a love bite) is a badge that you got some action. While it’s not a pretty badge, and definitely something that would make most parents cringe, it’s still a badge and, in some cases, a marking of one’s territory. Animals piss on what they think is theirs, while teenagers suck the skin of their beloved so hard that it leaves a big old hickey. I’m not sure which is less or more appealing.

Even after high school, hickeys can still be kind of fun. I say this as a woman who once gave a guy I was dating a hickey on his forehead after he fell asleep. But that’s what happens when you date a woman who warns you about not eating the last of the ice cream, so in my defense, he was in the wrong and I was in the right. He didn’t agree… but for a full week he walked around with that hickey, dead-center on his forehead. It was awesome. That was the last hickey I purposely gave anyone.

But no matter how you feel about hickeys, you might want to know how to give someone one because you never know when someone will eat the last of your ice cream or just to make sure you never, ever give a hickey, even accidentally. Here’s how to give a hickey.

1. Understand The Science Behind It

A hickey is when the blood has been sucked to the surface of the skin and the blood capillaries have been ruptured. Some people get hickeys really easily, depending on the spot and the pigment of their skin. As someone who is ghostly pale this time of year, I could probably get a hickey in like three seconds.

2. Decide On The Best Location

When it comes to hickeys, most people think of the neck and yes, that’s a great spot! It’s not only great because it’s sensitive enough to make giving the hickey easy, but it’s also a place where everyone can see it! You know, if that’s your intention. Another great spot is on your breasts, especially close to the nipple. The skin there isn’t just sensitive, but a major erogenous zone, so the sucking will feel pretty awesome.

This is your call. Although I firmly believe that if you’re going to defile someone else’s body with something like a hickey, they should have a say in it, sometimes partners are into the element of surprise. Either way, it is something you want to discuss at some point. For example, “If I gave you a surprise hickey someday, would you be OK with that?”

4. Place Your Lips On Your Decided-Upon Location

First, start with some kisses in the area that you’ve targeted. Some playful bites are also fun, as you sort of nip at the spot in preparation for your big hickey-giving move.

When you think you’re ready to start the actual process, make a sort of pucker with your lips that’s a bit more open than if you were sucking on a straw. You want to make an “O” shape with your lips, but not so much so that it looks like your partner took a vacuum cleaner to their neck.

Now SUCK! Again, depending on the color of your partner’s skin and the spot on their body, you might only need to suck for a couple seconds. If you do, then pull away and don’t see many ruptured capillaries, then go a little longer. On average, it can take anywhere from 20 to 30 seconds to give a proper, noticeable hickey.

7. Go For Round Two If You Want It Darker

It will take a couple minutes for your hickey to appear. If after a couple minutes, you’re bummed and feel like you need to make it darker, then go for another round and this time suck a bit longer... like, for a couple minutes or so. When you’ve achieved the hickey look you were hoping for, pat yourself on the back, and suggest your partner wear a scarf to work for the next several days. Depending on how dark it is, hickeys can last up to 12 days.