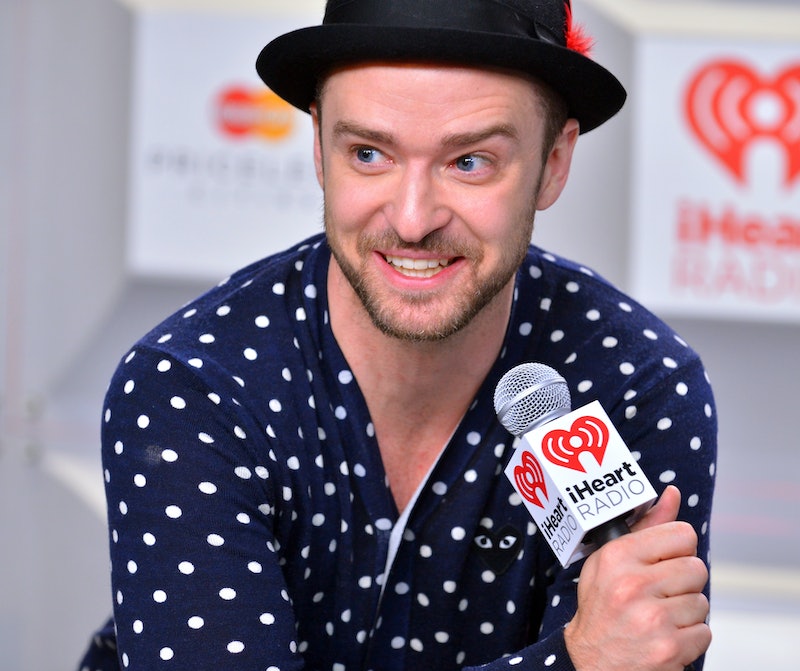 This news may make you feel a wee bit older, give your years of useless Tiger Beat poster collecting some semblance of meaning, or simply mark the inevitable passage of time: Justin Timberlake, ultimate hottie of the late '90s, turned 33 today.

And in honor of Timberlake's third 30s birthday, we thought there would be no better way than to channel ourselves at age 12-16, when the name Timberlake made more teen girls scream than any utterance of "Harry Styles," when the only first-name basis celebrity named Justin was from *NSYNC, and when free poster inserts from a pre-teen magazine filled with articles consisting solely of the term "OMG" were acceptable reading.

So settle in. Think back to the days when marionette barbies, baby blue, and the number 21 were acceptable bedroom decor. Let your mind recall the scent of the Lip-rageous *NSYNC-themed lip balm. It may have only been a centimeter tall, but its tangy brand of "vanilla" sure stayed with you. Think back to the way you thought bandannas were making a comeback because JT wore one onstage during that not-all-creepy song, "Digital Get-Down," which your parents prayed wasn't so obvious that you'd start asking questions about cyber sex. Now accept it: JT is 33 and this super nuanced and very high-brow acrostic poem we've written for him proves it.

is for Just because he married Jessica Biel, doesn't mean we can't appreciate his magnetic draw — (sort of) respectfully.

is for Under no circumstances should you ever re-listen to his slightly embarrassing *NSYNC solos.

is for Spotify's incognito mode, where you can that advice and listen to slightly embarrassing *NSYNC songs all day because your love is just that deep.

is for Tears, that time you were 13 and spent a year and a half of allowance on two tickets to see Justin from the nosebleeds.

is for It's really true. Justin Timberlake is almost in his mid-thirties, which means you're older too.

is for No shame. JT has always been the right level of cool for your age, so it's always been reasonable to helplessly adore him.

is for TIMBERRRR, which is the sound of you fake-fainting every time he shows up on stage in that suit and tie.

is for It's not fair that he's musically gifted and completely hilarious.

is for Model Behavior, his Disney original movie that you still have somewhere on a bootleg VHS.

is for "Brillo pad," the name he sometimes called his early 2000s curly coif.

is for Eternal, which is the only way to describe our JT adoration.

is for Really, really ridiculously good looking. He just is, okay?

is for Lyrics that make us melt in spite of ourselves. "Cause with your hand in my hand and a pocket full of soul/ I can tell you there's no place we couldn't go" Seriously? We want to go to there.

is for A pizza.

is for Kids, because someday, you'll have to explain your love of JT to your kids and you'll sound like your mom talking about Leif Garrett. Deal with it.

is for Easy. We were mostly joking about over-obsessing. Simmer down now.