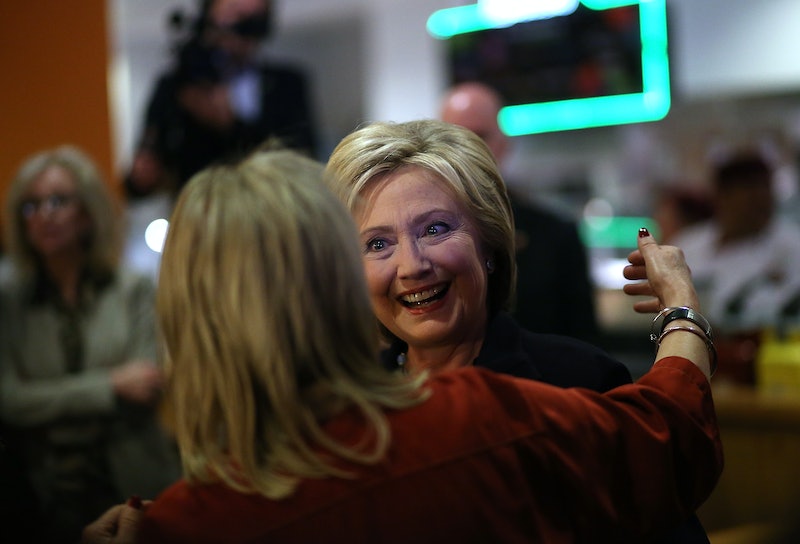 One of the most obtuse and confusing parts of American presidential elections is the delegate system — the process by which the two main political parties select their presidential nominees. When you vote in a primary caucus, you’re not actually voting for the candidate of your choice, but rather giving delegates to that candidate. What exactly is a delegate, and why is it called a delegate?

In the GOP and Democratic Parties, presidential candidates aren’t officially nominated until the party holds its national convention over the summer. At the convention, representatives from each state cast their votes for candidates, and it’s that tally which determines the nominee. The representatives who cast those votes are the delegates of which we speak.

To get an idea of why they’re called “delegates,” look no further than the word’s etymology. “Delegate” derives* from the Latin word delegatus, which roughly means “to send as a representative.” In presidential primaries, delegates are ostensibly the representatives of voters in a particular state, and they’re sent to the national conventions to act on behalf of those voters. Easy-peasy!

Another way of looking at the question is to consider the word’s usage in non-political contexts. When you delegate a job to someone else, for example, you’re essentially ordering that person to execute a task for you. And that’s basically what you’re doing when you cast a vote for, say, “delegates for Martin O’Malley.” You’re entrusting these delegates to carry out the job of voting for O’Malley at the national convention on your behalf.

Unfortunately, the actual functioning of the delegate system is much more complicated than the simple meaning of the word. There’s the multi-step process by which people actually become delegates. There’s the dizzying, convoluted set of rules that determine how many delegates each state gets, which is no less than 165 pages long in the Democratic Party. And then, of course, there’s the role that superdelegates play, which differs both from party to party and from election to election.

But the word “delegate” and its roots reveals an oft-forgotten truth about American politics: The United States isn’t actually a direct democracy. This is true both in primaries, where we vote for delegates, and in general elections, where we vote for "electors," the general election equivalent of delegates. We never cast votes for presidential candidates. We vote for intermediaries who, at a later date, vote for presidential candidates on our behalf.