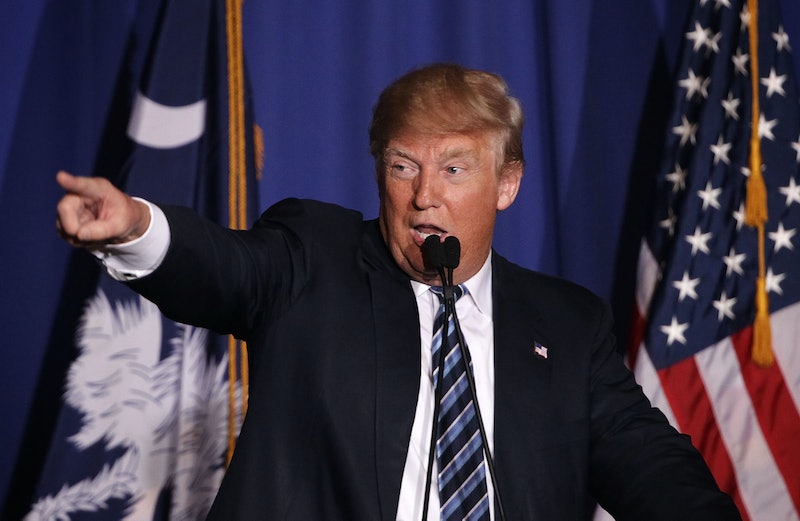 The polling ahead of the GOP's primary election in Nevada has been rather hush-hush since December, but a new CNN poll was finally released this week. This new Nevada GOP poll has confirmed what many in the political world on both sides of the aisle have feared: Candidate Donald Trump continues his meteoric ascension to the top spot. As Nevada boasts largest range in demographics among the early state primaries, Trump's lead there could signal a stronger hold over the country than many originally thought possible for the businessman-turned-politician.

Trump has a 26-point lead over second-place candidate Marco Rubio. Sen. Ted Cruz, whom many believe has the only clear shot of bringing down Trump, trails behind Rubio, with 17 percent of the predicted vote. This snapshot (only the third done for the GOP in the Silver State) bolsters Trump, who currently holds 17 delegates compared to Cruz's 11.

Despite the candidates paying less attention to Nevada, the state nevertheless holds an important position in the primary elections. Though they have dubbed themselves "the first in the West," they are relevant for another reason: This is the first primary drawn mainly from an urban population, as nearly three-quarters of the state's population lives in Las Vegas. And because Nevada is home to more than two million inhabitants (compare this with another early state, South Carolina, which has an urban population of 900,000), it will paint a clearer picture of how similar states, and the rest of the country, will vote.

The poll's follow-up questions indicate what voters believe is the source of Trump's strength, and show how they most firmly agree with him. Over 50 percent of all voters thought Trump would be the mostly likely candidate to win the Republican nomination, "change Washington," best fight ISIS, and curb immigration. All of these issues have been staples in the Trump campaign, and have caused the other GOP candidates to scramble to find a way to outdo him in these areas, which he seems to have completely sequestered for himself.

Interestingly enough, a large group of Nevada's electorate are just the type of people Trump has been looking to keep out of the voting process: those who are foreign-born. Roughly one in five Nevadans were born outside of the United States. If Trump carries the state despite this, it could say very strange, significant things about his unyielding stance on immigration.

The rest of the GOP will therefore have to keep a focused look toward the Silver State. If the polls are correct, Trump's potential victory in Nevada could mean big things for the rest of the primary season.