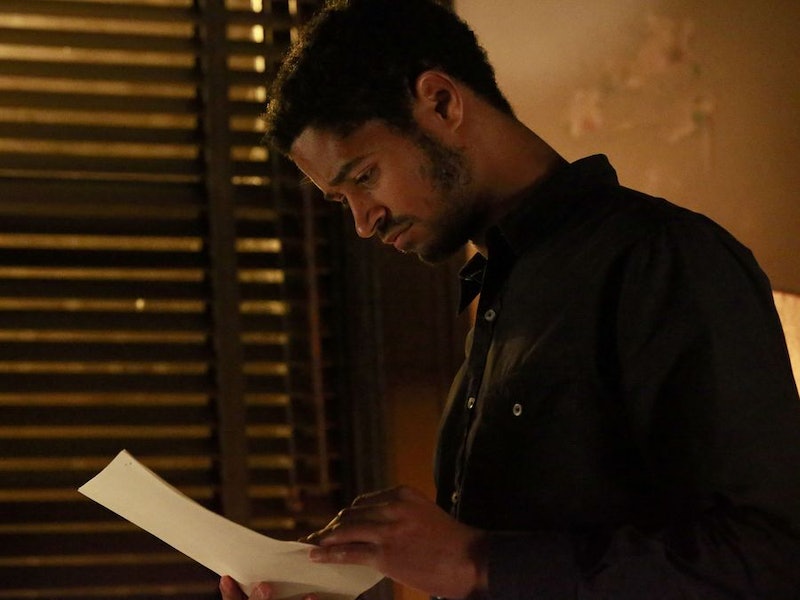 Back when Annalise was pregnant (again, not with Wes), she met with the woman who we now know as Wes’ mom, and Annalise presented her with a folder of articles about a hedge fund manager named Charles Mahoney who was on trial for murder. Wes’ mom was seriously spooked and tried to run away from Annalise, and this got me thinking — why does Wes’ mom care so much about this hedge funder guy? If it was a crime of passion or a white-collar crime, why should she care about that man? Maybe she worked for him. Maybe she knew him in passing. Or maybe she killed someone and Charles, being in love with Wes’ mom, took the fall for her.

If my theory is correct (who knows in Shonda world), my other guess is that Wes’ mother and Charles Mahoney had a relationship that was consummated and resulted in Wes. You wouldn’t undergo a murder trial for someone unless you really loved him or her, of course. And if the woman you were protecting happened to be the mother of your child, well, that really explains it, doesn’t it? This also could be why Wes’ mother killed herself — she couldn’t stand the guilt of having him be on trial and convicted for her. I definitely need to know more about this Charles Mahoney character.