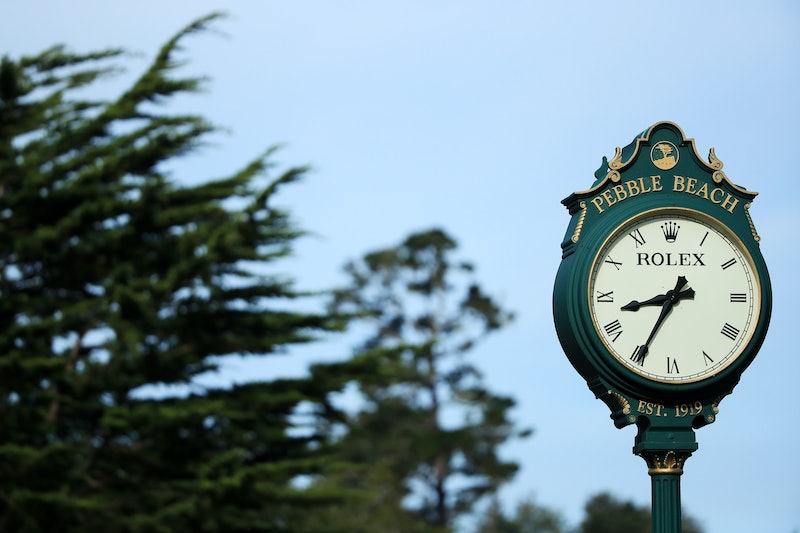 Sometimes it makes sense to be fashionably late. But other times tardiness can get you into a bunch of trouble. That's why learning how to be on time — even if you've always been a chronically late person — is an essential skill that's better to learn late (haha), rather than never.

This is coming from a formerly chronically late person, so I know what's up. I know the feels when you have to be somewhere, but put off leaving in favor of staying in the shower a bit longer, or watching one more video on Youtube. Because, after all, who really cares if you're running a few minutes behind?

Well, let me tell you — people care. There really aren't any circumstances in life where it's OK to stroll in on your own schedule. And no, not even when you're meeting up with friends.

I learned this the hard way in college when I always late to class. My professors started to notice, and soon I became "that girl" who was no longer given any favors. It then happened at my first job, where I got in the habit of waltzing in five minutes late. Soon it didn't matter that I was a great employee in every other aspect. My good reputation was now permanently tainted by my inability to show up on time.

So, I can say from experience that being late is just not worth it. It's stressful for you and everyone else, and it has the unmatched ability to totally ruin your reputation. Don't do this to yourself! Break your habit ASAP with these easy ways to ensure you'll always be on time.

1. Be Honest About How Long It Takes To Get There

No, it doesn't take five minutes to drive 30 miles. It just can't happen, no matter how fast you go, how much you hold your breath, or how many times you text your friends to say "almost there, I swear." Because unfortunately time doesn't stand still, even when you're late.

So instead of willing the clock to stop, just be honest with yourself about how long it takes to get somewhere. And then allow yourself enough time to travel.

One habit of chronically late people is that they always choose the wrong time to check their email, throw in some laundry, or get stuck on the phone with the cable company. They start these chores right before needing to be somewhere thinking it'll just take a second, but things like this never do. Before you know it you've done a few loads of laundry, listened to elevator music on the phone for thirty minutes, and now (surprise) you're late to your appointment.

People who are always on time don't get sucked into these time-consuming tasks. As Samantha Zabell noted in an article for Real Simple, "You’ll rarely hear a time-conscious person say they need to squeeze in 'one more thing' before they leave. That impulse can lead you off track, and suddenly it’s not just one more email — it’s an entire 15 minutes worth of emails." Keep this in mind when you have some place to be, and save your chores for later.

3. Schedule Buffer Room, Because Nothing Ever Ends On Time

If your day is chock full of appointments, then of course you'll just have to do your best to get everywhere on time. But if you can, try to schedule some buffer room between your meetings and appointments. According to Zabell, "This overflow time is essential for handling anything unexpected that might arise and throw off your schedule."

You can also schedule open chunks of time into your schedule to catch up on your to-do list, or to handle problems that might arise during the day, Zabell suggested. That way, if something important pops up, you know you can handle it during that free time, instead of when you need to be somewhere else.

4. Trick Yourself By Setting Your Clocks A Few Minutes Ahead

I tried this trick, and at first I didn't think it would help. I mean, I know I set it ahead, so wouldn't I just take advantage of the "extra" time and be late anyway? Nope. I fall for it every day, and always end up getting places ten minutes early. It's wonderful.

But if this method doesn't work for you, then you may need the Procrastinator's Clock, as suggested by Dustin Wax on Lifehack.org. This clock is "guaranteed to be up to 15 minutes fast. However, it also speeds up and slows down in an unpredictable manner so you can’t be sure how fast it really is," according to inventor's website. Genius.

People tend to do this to friends or family they know are always late. Tell them the dinner is at 6, when it's really at 7 and maybe they'll show up on time. (Kinda mean, but hey, it works.)

Go ahead and try this on yourself. "Put your 1:00 appointment into your schedule at 12:50, for example. But always have 10 minutes of work with you to fill the slack time, in case you surprise yourself by showing up 'on time' 10 minutes early," Wax suggested.

6. Stay Organized No Matter What

If you've ever amazed yourself with your ability to get ready on time, only to lose all momentum because you can't find your keys, then you know how important it is to stay organized. This was a hard truth for me one day when I realized with horror that my train came in five minutes and I couldn't find my debit card. Why why why didn't I put it back in my wallet? I had to shuffle through my backpack and my coat pockets looking for it so I could buy a ticket, thus missing the train.

Don't let this be you. Keep your life organized — this includes your calendar, your purse, your wallet – so that there's no chance of silly mishaps making you late.

7. Know The Details Ahead Of Time

Congrats, you left on time. Now you just need to get where you're going without getting all lost and confused. This can be prevented by knowing the street address, the building number, and the name of the person you're supposed to meet. As in, know this info before you leave, instead of trying to figure it out while you're, say, driving down the road.

You should also check out a map, or run through the subway directions before heading out. That way, if there are delays, or you get of course, you'll kind of have an idea which direction you need to go. And hopefully, you'll be able to get where you're going on time.

If you're chronically late, never fear. I promise it's possible to be punctual. It just takes a little practice, a few simple mind games, and a little bit of organization.

More like this
Is The Insta-Famous Always Pan Actually Worth It?
By Jessica Goodman
6 Abortion Advocates To Follow On TikTok
By Sara Youngblood Gregory
The 7 Best Knee Sleeves, According To An Expert
By Andrea Hannah
The 6 Best Hydro Flask Alternatives
By Maria Cassano
Get Even More From Bustle — Sign Up For The Newsletter