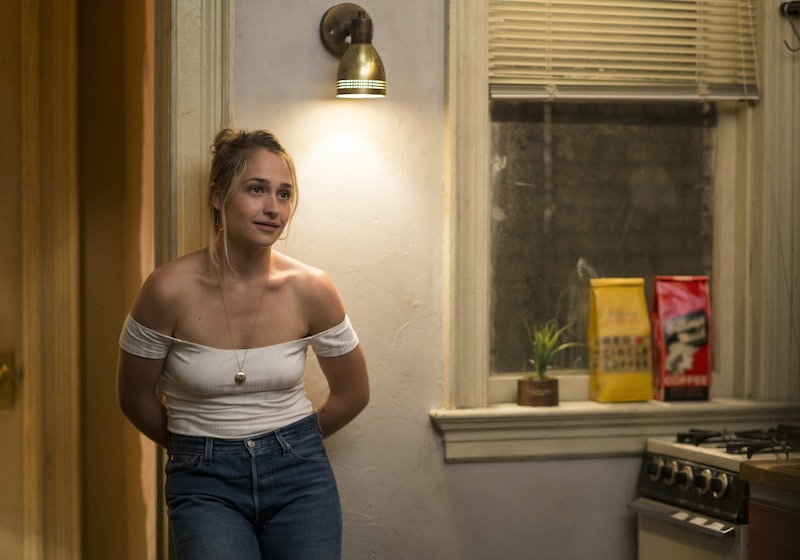 There are only two new seasons of Girls left before the show ends, which means there are only two seasons left for these four girls to somehow figure life out. They've made strides since Season 1, but there's one standout in the bunch who is exploring a whole new side of herself in Season 5. In a recent interview with Bustle promoting the Girls: The Complete Fourth Season Blu-ray and DVD, Jemima Kirke revealed just how Jessa has evolved on Girls, including her new career path and some new (and old) relationships, like the friendship that formed between Adam and Jessa on Girls Season 4.

One of those things that she began building in Season 4 was a new friendship with Adam. It was an unexpected relationship that somehow made complete sense. "I think Jessa has this need to test people's unconditional love for her... She tests that by pushing people away," Kirke says. "Her little tricks don't really work on [Adam], somehow. It's like he's immune to her eccentricities and that sort of abuse."

There's a moment in Season 4 where Adam, as Kirke puts it, tells Jessa to "F*ck off," which was Jessa's "aha" moment. "No one had ever said it to her explicitly," Kirke says. "I think it was too much for her, so she asked him to stay." Kirke describes that as a moment of vulnerability between the two, and opportunity for Adam to see the "real side" of Jessa.

Also building from Season 4 is Jessa's career choice — a therapist — which came after assisting in the birth of Adam's sister's baby. "I think she's shocked with how good it feels to affect someone positively," Kirke says. "She realized there was real self-esteem in that... So I think that's where the idea for her to become a therapist came from."

But how will Jessa, often insensitive and offensively blunt, be as a therapist? "She has to figure out a method that works for her," Kirke warns. "She can't be a conventional therapist... She'll have to figure out how to not be personally invested in someone."

Kirke suggests that her new take on life and purpose continues Jessa's trend of isolating and alienating people from her life. "She's not great at balancing her work with her life."

"She may not know if [balancing] is possible... if you can be a well-rounded person who is not so extreme in any way. She likes to do extremes," Kirke says. "She's very focused on being a good person, and that's not realistic — doing the right think all the time is not how people live. People do what makes them happy, not just the right thing... and the right thing is always changing. In the season, everything changes."

Girls: The Complete Fourth Season is available on Blu-ray and DVD. Season 5 of Girls premieres on HBO Feb. 21 at 10 p.m.