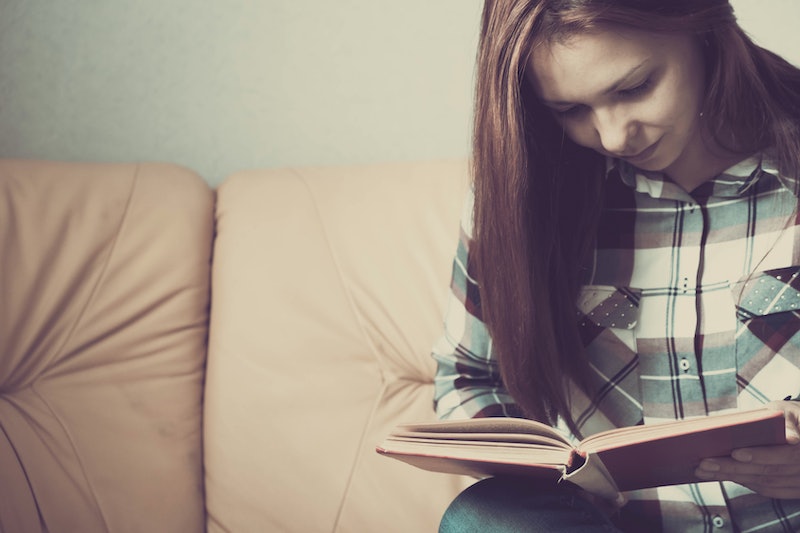 Election season is upon us! But I’m sure you haven’t forgotten about that. I mean, it’s pretty hard to not pay attention to the 2016 election when Donald Trump is terrifying half the nation and radicalizing the other, or when uteruses are on trial in the Hilary vs. Bernie debate that keeps finding new ways to patronize and insult young women voters on both sides. And then, of course, there’s all the speculation and worry over the replacement for Justice Antonin Scalia to keep you well-immersed in politics right now.

Still, whether politics and polls are at the front of your mind, or you’d rather move to Canada than read one more headline about presidential hopefuls, election season is always a great time to remember the what this voting thing is all about. If you’re feeling disheartened, it might be worthwhile to look back to the ideals that created the democratic system in the first place and the amazing ways that they’ve been improved upon. If the presidential candidates have you underwhelmed and indifferent, it might be good to read up on the significant sacrifices made in the name of voting rights for all. And if you’re thinking that the fight is over, then you’ll definitely want to pick up some of these books about the victories, setbacks, and the continuing struggle for voting rights and representation that’s still necessary today. Whatever you need, read on and vote.

1. This Little Light of Mine: The Life of Fannie Lou Hamer by Kay Mills

Fannie Lou Hamer might not be the most famous Civil Rights era activist, but she was one of the most important voices for voting rights at the height the movement. She lit a fire under Black voters in the '60s, and reading about her incredible life’s work will light the fire under you that you might need to get the polls.

2. Unbought and Unbossed by Shirley Chisholm

The first Black woman to make a bid for president, Shirley Chisholm made history in 1972, paving the way for those who came after her. Of course, Chisholm was making history long before she tried for the White House. As the first Black woman elected to the U.S. Congress, Chisholm has had a life full of general badassery, and she did her work both within and outside of the system. Trust me, you wanna read about her and daydream about her legacy.

3. The Notorious RBG by Irin Carmon and Shana Knizhnik

Before fear and hopelessness take over as you see more disheartening headlines about Donald Trump, restore your faith in humanity and political leaders by getting a good dose of everybody’s favorite justice.

4. My Beloved World by Sonia Sotomayor

I mean… or this other favorite justice.

Sometimes you need a big win to stay hopeful. The defeat of the Defense of Marriage Act in 2013 was one of those big, celebrate-in-the-streets wins. Kaplan, the litigator on the case, takes you inside the fight, and because you know how it ends, you can breathe easy!

If you haven’t read The New Jim Crow by now, this is only one of many many reasons you need to get to it. Alexander’s chronicling of the disenfranchisement via mass incarceration of large portions of the U.S. population is disheartening and infuriating, infuriating enough to make sure you don’t waste the vote that so many others are cheated out of.

7. Bending Toward Justice: The Voting Rights Act and the Transformation of American Democracy by Gary May

The 2013 decision in Shelby County v. Holder nixed an important section of the Voting Rights Act of 1965. If you don’t know what that means or why it’s important to voting rights in this year’s election, then this is the book for you. It’s the story of the fight to earn voting rights and end voter intimidation and obstacles implemented to discourage minorities from voting. If anything, you’ll want to get to the polls just to honor the sacrifices our ancestors made to make sure we could.

8. Where Do We Go From Here?: Chaos or Community by Dr. Martin Luther King, Jr.

If you want an on-the-ground perspective of the fight that resulted in the Voting Rights Act of 1965 (and one by the one and only MLK), then here you go. But beware, it’s not always the inspiring story of justice that you might be hoping for. King often laments the disappointing execution of the act that left many Southern Black voters continuing to be terrorized away from the polls. It's also a good reminder that the fight for equality and justice doesn't end after you cast your vote.

9. Give Us The Ballot: The Modern Struggle for Voting Rights in America by Ari Berman

If you want a closer look at all those reasons that Dr. King was frustrated by how things played out after the Voting Right Act, Ari Berman does a great job of documenting how after the passage of the act everything under sun was done to make it practically useless… all the way up to even today.

10. The Story of American Freedom by Eric Foner

Through an up-close look at several freedom movements throughout U.S. history, Foner does a great job of showing how the social movements and organizing go hand-in-hand with democratic participation.

Sure, Thoreau didn’t exactly celebrate the political process in this essay, but that’s because, as a fervent abolitionist, he was arguing that any laws or systems that supported slavery must be disobeyed. Today, we can start by turning up at the polls with the hopes of creating a more just government, and then if that doesn’t work we can go about disobeying unjust laws until we can create a government that protects the rights of everyone.

If all else fails, you can always just watch videos of Trump speeches… That oughtta be enough to scare you to the polls on voting day.

More like this
34 Quotes That'll Inspire You On Juneteenth & Beyond
By Syeda Khaula Saad and Siena Gagliano
16 Novels That Paint A Realistic Portrait Of Abortion
By K.W. Colyard
How To Fight For Reproductive Rights, Based On How Much Time You Have
By Courtney Young
5 Concrete Ways To Take Action Against The Rwanda Deportation Plan
By Rachel Mantock
Get Even More From Bustle — Sign Up For The Newsletter