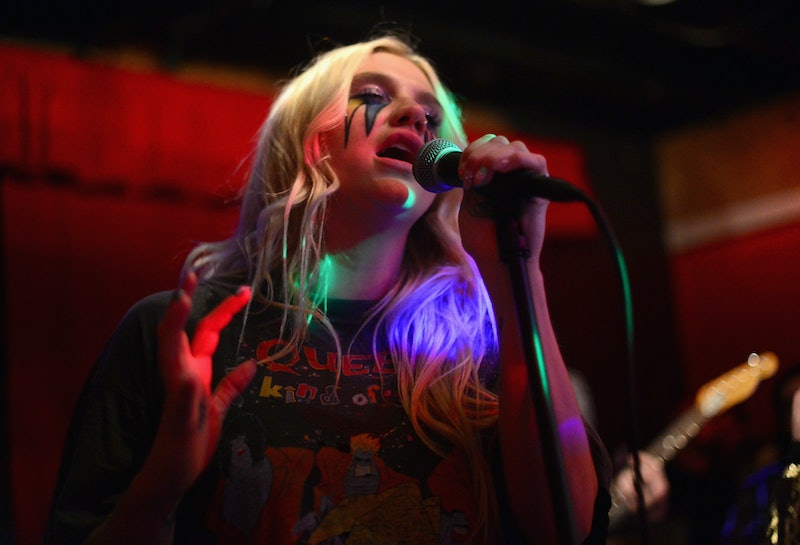 Pop star Kesha was denied a preliminary injunction to void her contract with Sony Records and free her from working with Dr. Luke — whose real name is Lukasz Gottwald — the producer Kesha accused in 2014 of raping her when she was 18 years old. Considering Kesha's inability to leave her contract, it makes me wonder: How can an artist get out a record contract? Has it ever been done before, or is it even possible? Surely there have been other artists who have broken their contracts in the past, right?

The whole issue of recording artists backing out of their contracts came to a head in the mid-‘90s when the entire music industry was abuzz about first-time contracts with artists who make it big, beginning with bands like TLC. By signing these contracts, some artists agreed to give away a large portion of their earnings to managers, producers, and record companies. As a result, numerous artists fought to break the agreements.

In many of those cases, the artists weren't able to break the contracts entirely — but some were able to renegotiate:

In 1996, TLC filed for bankruptcy, claiming that they were broke after five years of international success. Their record label, LaFace Records, and manager, Pebbitone Inc., claimed that the group was abusing the bankruptcy laws, which state that a contract may be broken if it prevents a debtor from getting back on their feet, or that it may be renegotiated. Their initial contract had the women taking home seven percent of the revenues from album sales — but the group persisted and the suit was settled. Part of the settlement deal was an iron-clad confidentiality clause that barred them from discussing the specifics of the case or their new agreement — but according to the New York Times, a lawyer speaking for the case said that the settlement included a renegotiating of the contract between TLC and LaFace Records.

Despite her success in the early ‘90s, Braxton filed for bankruptcy in 1998, claiming that she received a $1972 royalty check for her first contract. But ABC News reports that Braxton emerged from her bankruptcy proceedings with “a new record deal guaranteeing her millions.”

The move to declare bankruptcy and emerge with a new contract actually originated with this rocker. In 1979, Petty filed for bankruptcy and got what he wanted. MCA released him from his past contract — and according to the New York Times , agreed to let him release music under their "smaller, more 'personal' MCA subsidiary label, Backstreet Records."

In the case of a group of artists, contracts are usually iron-clad to handle members who might want to leave at any time. The One Direction contract, according to Billboard, reportedly includes a deal with the band members as a group and as solo artists. So if someone chooses to leave the group and pursue a solo career (as many boy band members have chosen to do before), they're still under the same contract — which is exactly what happened with Malik.

Clearly, the circumstances in the Kesha case are wildly different from these cases — but it seems that breaking a contract, no matter the reason, is pretty unheard of in the music business.

As far as the situation between Kesha and Dr. Luke goes — for his part, Dr. Luke has denied the pop star's allegations against him. In October 2014, he filed a defamation lawsuit against Kesha, in which the complaint read, "As part of the effort to get out of the Gottwald Recording Agreement, Kesha and Pebe have also orchestrated a campaign of publishing false and shocking accusations against Gottwald to extort Plaintiffs into letting Kesha out of the Gottwald Recording Agreement."

Update: In response to the court's ruling, Dr. Luke's attorney Christine Lepera released a statement to The Rolling Stone:

Kesha and Dr. Luke’s reps did not immediately respond to Bustle’s request for comment.