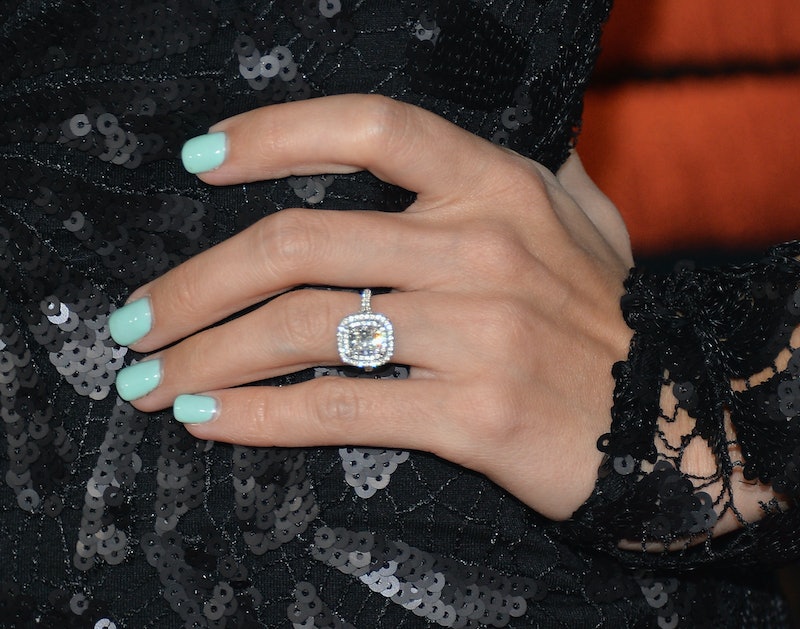 New York Times money columnist Tara Siegel Bernard offers a refreshing take on engagement rings. Rather than focusing on cultural trends or what it all means for feminism, Bernard tackles the economics of engagement rings. "At a time when many young people are facing big student debts, a weak job market and rising housing costs, this luxury purchase still appears to be firmly planted on many ring fingers across the country," she notes. But engagement ring spending does fluctuate with the economy, and the recent economic downturn caused average spending on rings to plummet.

Here are American spending averages for 2012, according to the most recent report from trade group Jewelers of America.

In the 1940s, Philadelphia advertising agency N.W. Ayer & Son was charged with boosting diamond sales, a task that fell mainly to the firm's one female copywriter, Frances Gerety. Her orders? To "create a situation where almost every person pledging marriage feels compelled to acquire a diamond engagement ring." So... most successful advertising campaign in history?