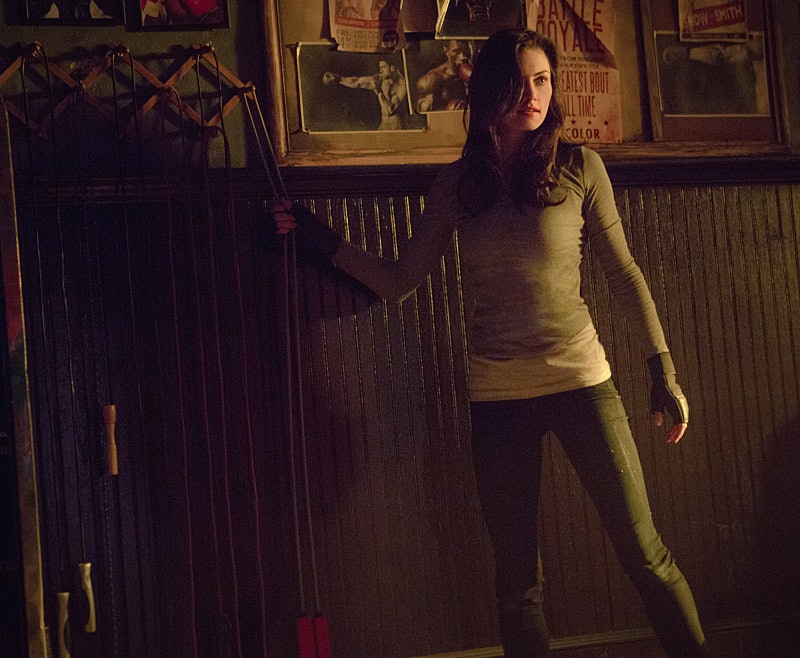 While Klaus and Elijah were busy fighting off Aurora, Aya put Davina to work on The Originals . As a member of the Sisters, the Strix's personal coven, Davina's recruitment purposes were finally revealed: Aya wants her to write a spell that can break the sire bond. Knowing that Davina had been working on the spell in the past, and that she needed a certain incentive to do the Strix's bidding, Aya and the other witches gave Davina a candle that would allow Kol's spirit to visit her for a few hours to help her with the spell. And, it worked. Davina discovered how to break the sire bond on The Originals , but unfortunately, the spell just might cost Hayley her heart.

With Kol's help, Davina was able to determine that the key to breaking the sire bond was getting the blood of an unsired vampire — one who was not made by drinking the blood of another vampire. It just so happens that Hayley, a vampire hybrid who turned through the blood of her child, Hope, a non vampire, is the only one in existence. By the time Davina realized that the Strix would need Hayley's heart to complete the spell, it was too late. The other witches were listening in to Davina and Kol's conversation, and they were already on their way to take Hayley's heart.

Davina was able to call and warn Hayley just before the other witches arrived, but even with Cami's help, Hayley wasn't able to fend the witches off for long. Luckily, Kol managed to channel Davina's power and take down the witches before they killed Hayley. However, that just meant that Aya came to do her own dirty work. She was just about to rip Hayley's heart out when Marcel stopped her. Marcel managed to convince Aya to let him find another way, and he did.

When Jackson and Hayley were married, their hearts became mirror images of each other, meaning that his heart also has blood of an unsired vampire. By the time Hayley, Klaus and Elijah figured it out, Marcel had already dug up Jackson's heart where Hayley had buried it. Now the Strix have all they need to sever their sire bond with Elijah, freeing Aya to forge a new alliance with Aurora — the vampire who wants to kill Elijah.

If the sire bond is broken, then Klaus and Elijah lose all leverage over the other vampires in the world. With Marcel working both sides, it seems Klaus and Elijah have very few allies left.