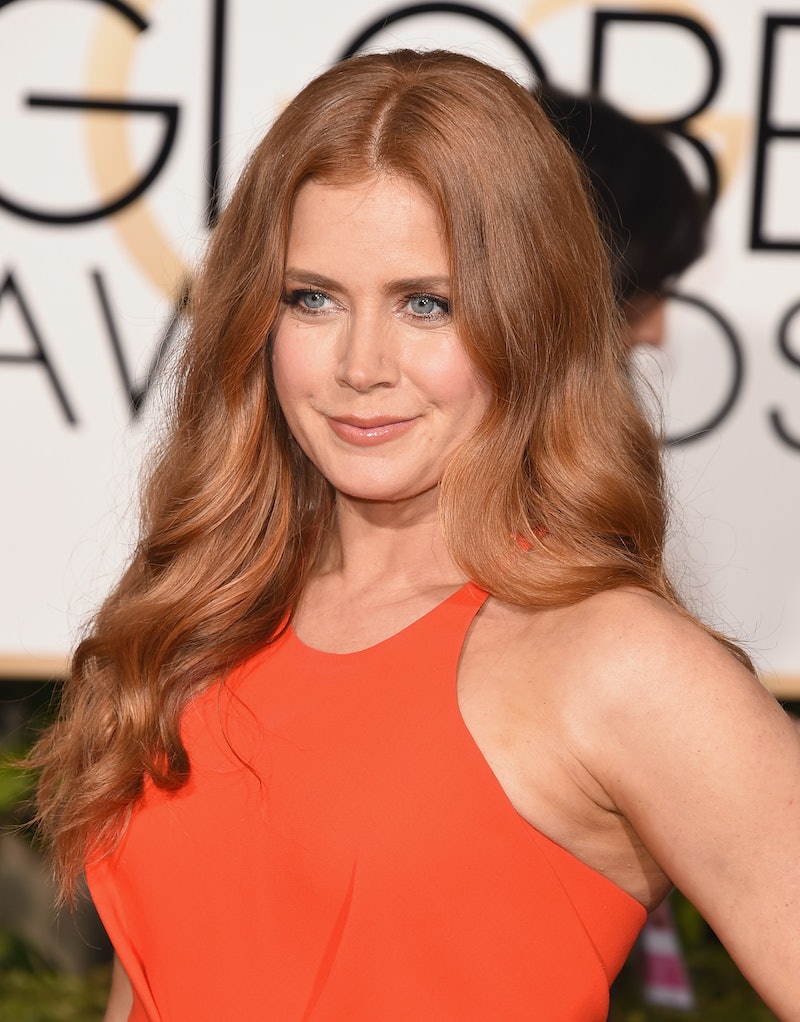 Good news for Gillian Flynn fans: The TV adaptation of the author's debut novel, Sharp Objects, finally has a lead. Amy Adams will make her way to the small screen to portray Camille Preaker, a reporter who has to cover a disturbing case following her own stay at a psychiatric hospital. The plot's more intricate and labyrinthine than that, but of course, I'd hate to spoil it for you. Just know that if the TV adaptation is like the book, you're in for one hell of a ride. Now that I've set high expectations, of course, you're probably wondering when Sharp Objects will premiere.

Well, I hate to disappoint you, but unfortunately, there's no exact date yet. But not for no reason — it's really just because the series is still being shopped at streaming services and cable networks by Entertainment One and Blumhouse Productions. Also, considering Adams was just cast, it's clearly still in the early stages of production. Once it actually begins filming, more information will undoubtedly be available.

But back to the positive side of things. While we await more information on Sharp Objects' fate, let's talk about all the impressively talented people behind the project. Marti Noxon — who is also behind the successful Lifetime series, UnReal —will pen the drama's scripts, serve as the showrunner, and executive produce alongside Flynn. TVLine reports that Flynn might write episodes as well, which makes sense considering that she wrote the screenplay for David Fincher's 2014 adaption of Gone Girl.

And then, of course, there's Adams. An actress that made a name for herself in supporting roles (Doubt, The Master, The Fighter), but has been elevated to total star status in the last two years with films like American Hustle and Big Eyes under her belt. She doesn't appear to be slowing down anytime soon either: Adams will play Lois Lane in the upcoming Batman v. Superman: Dawn of Justice, and The Justice League Part One. On top of that, she has two other movies coming out in 2016: Story Of Your Life and Nocturnal Animals.

Adams is able to bring a certain level of both gravitas and innocence to the screen — something that few actors have been able to master so well. Her expansive resume (the actor has SO many films under her belt — just check out her IMDb page), and vast range (everything from comedy to drama, television to film) make Adams the ideal candidate for this particular series. As a fan of the book, I have no doubts that she'll be able to carry the drama of the story — and the more I think about it, the more I see her as Camille.

The only thing left to do is patiently wait for that premiere date. Sigh.