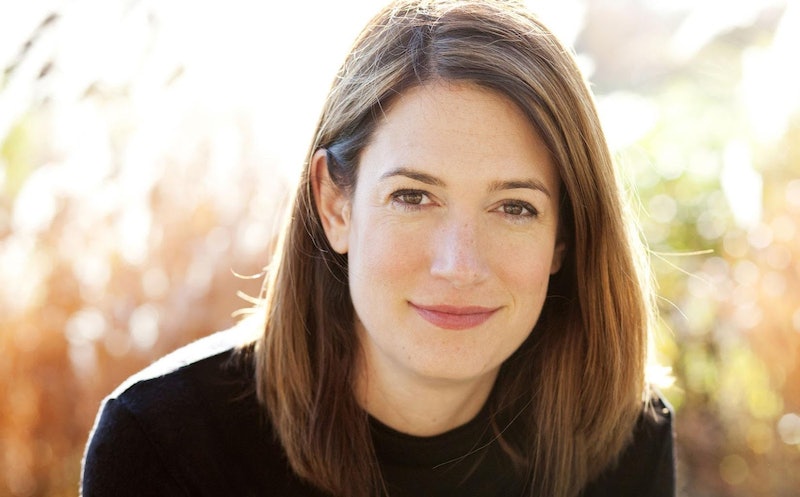 For those worried about the lack of female anti-heroes in movies and TV, have no fear: Gillian Flynn is single-handedly changing the game for women's representation in pop culture. The author behind female-led bestsellers like Gone Girl and Dark Places has two movie adaptations out this year, an HBO TV show in the works, and, now, a new series based on her first novel, 2006's Sharp Objects . So, Walter White and Don Draper, you better watch your backs; by this time next year, Gillian Flynn's female protagonists, in all their unlikable, difficult-to-root-for glory, will be taking over screens big and small.

Flynn fans have been eagerly awaiting the releases of Gone Girl and Dark Places for awhile now, and the news that the author was teaming up with David Fincher for an HBO show was revealed back in February. The TV adaptation of Sharp Objects, though, was only announced on Tuesday, and already, expectations are high; according to The Hollywood Reporter, the show will be written and run by Marti Noxon, a major force behind Buffy the Vampire Slayer and a writer for shows like Mad Men, Angel, and Grey's Anatomy. Paired with Flynn, a producer of Sharp Objects, Noxon should help make the adaptation perfectly creepy.

No details of the series' plot have been announced yet, but the book, like all Flynn novels, is a dark, haunting work with a female lead who's difficult to like, often untrustworthy, and intriguingly enigmatic. In this case, it's Camille Preaker, a journalist who, after a stay in a psych ward, returns to her hometown to report on a serial killer. While there, she unwillingly reconnects with her hypochondriac mother and distant half-sister, and struggles to unravel the mystery surrounding the murder of two pre-teen girls.

The news of the adaptation should be exciting not just for Flynn fans, but for all women unhappy with their current representation in movies and TV. In addition to the simple fact that all of Flynn's upcoming projects star female actors in the leading roles, her characters are always as dark, complex, and compelling as any of the male leads seen so often on-screen. With her at the helm, Sharp Objects and the rest of the upcoming adaptations should introduce several female anti-heroes into a movie/TV scene that currently doesn't have nearly enough.

So get ready, feminists everywhere, for Sharp Objects, and in the meantime, keep re-watching the trailer for Gone Girl to get your twisted female protagonist fix. It's still a hard, hard world out there for not-so-good women in pop culture, but thanks to Gillian Flynn, their future is starting to get just a little bit brighter — well, darker, but maybe that's exactly the point.

More like this
At 14, Tatiana Maslany Was Obsessing Over Tamagotchis & The Spice Girls
By Gabrielle Bondi
Naomi Osaka & Emma Raducanu’s Experiences Have Inspired A New Amazon Show
By El Hunt
What's New On Netflix: A Third '365 Days' Movie & Lili Reinhart’s New Film
By Arya Roshanian
Fabien Frankel Has History With 'Game Of Thrones' Emilia Clarke
By Sam Ramsden
Get Even More From Bustle — Sign Up For The Newsletter