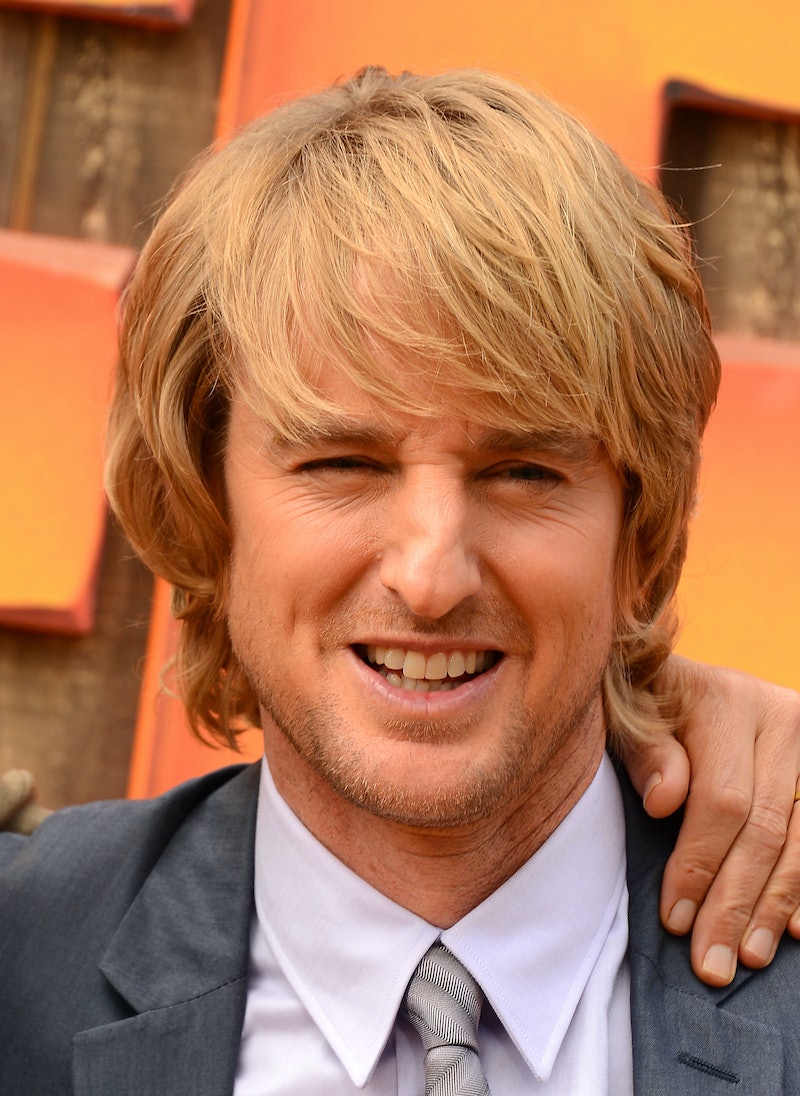 Cute news in Owen-land today. Owen Wilson had a baby boy with personal trainer Caroline Lindqvist on Jan. 30. The 45-year-old star of The Internship is also father to a 3-year-old son, Robert Ford Wilson, whom he had with his ex Jade Duell. When Lindqvist became pregnant, she and Wilson were not in a relationship but hey, alls well that ends well: there's now a trio of Wilson boys.

Although Wilson has confirmed to be fully involved in his new son's life, it's a little more complicated than that. Wilson and Lindqvist still aren't in a relationship, but apparently have been casually seeing each other on and off (ah, the classic personal trainer lust story) since 2003. Lindqvist was actually married to plastic surgeon Dr. Ritu Chopra (ah, the other classic relationship: personal trainer and plastic surgeon! Fixin' bodies to perfection!) back when she became pregnant and she filed for divorce in May when she found she was expecting Wilson's baby. Drama.

Back in October, when the two announced that they would be having a baby, Lindqvist was happy to say that Wilson would be helping out, but she asserted she had zero intention of pursuing a relationship with him. Was she concerned that Vince Vaughn might show up? Valid.

Either way, any drama that surfaced back in the fall with the very tabloid-friendly headline (actor and personal trainer and affairs, oh my!), seems to have totally subsided since it's all bundles of joy and baby boys (and apparently, cheesy rhymes on my end) for Wilson right now, so congratulations are in order.