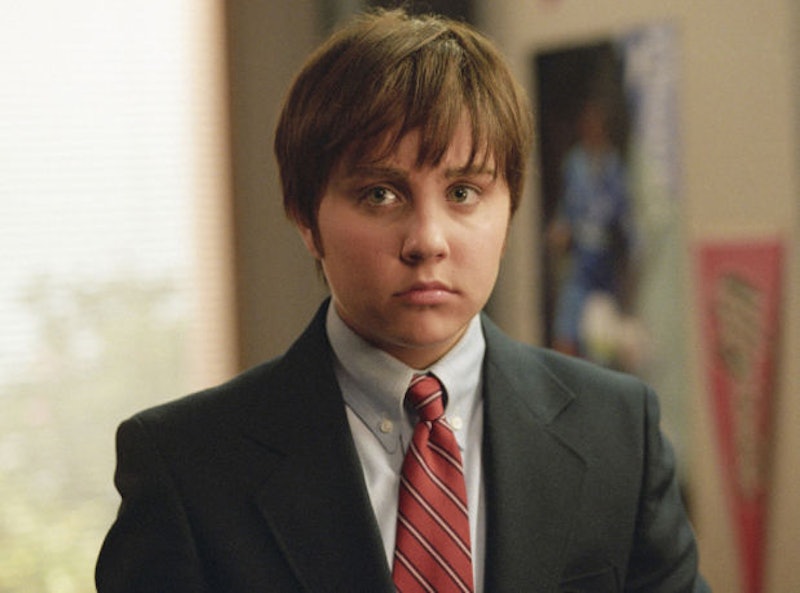 If there's one teen comedy that defined 2006 it was She's The Man. The highly quotable film — featuring a then-popular Amanda Bynes and then-unknown Channing Tatum (my, how 10 years can change things) — was hilarious, unique, and... did I mention Channing Tatum? It had all the fixings to become an instant teen classic. Except for the fact that — like all good teen comedies — there were so, so many hilariously random plot holes. And I mean, this doesn't lessen the film's quality at all — you probably didn't even notice the She's The Man plot holes when you first watched it (again, keep in mind: Channing Tatum was there and he can be awfully distracting). But, if you were to go back now, you'd almost certainly be questioning everything.

Let's recount the basic plot here, so we can wrap our head around that first: She's The Man is loosely based on Shakespeare's Twelfth Night. It follows Viola Hastings (Bynes), a soccer player that decides gender politics within organized school sports are unfair (preach!) and decides to stick it to the man by impersonating her twin brother at an all-boys boarding school — all in an attempt to beat the boys team at her own school and prove that girls can kick just as much ass. If that sounds complicated that's because... well, it kind of is. Now, let's talk plot holes, shall we?

1. Yeah, No — They Couldn't Just Cancel The Woman's Soccer Program

Apparently, there's a federal law that prohibits schools from denying anyone to participate in a sport activity based on their gender. Oops. There goes the movie's whole plot.

2. How Does Viola Get Away With Missing Two Full Weeks Of School?

Viola takes her twin brother's place at Illyria — fine. But... Viola is enrolled at Cornwall? How would she be able to miss two full weeks of class? There's literally no explanation in the film.

3. How Does Sebastian Just Go To London?

And what? We're supposed to believe that a high schooler has the funds to just take time off school and go to London without his parents noticing? And that border officials didn't question the fact that a teenager was entering their country in the middle of a school year with no explanation and no adult supervision?

4. How Does Viola Get Dressed And Undressed?

Wouldn't Duke start to find it weird that Viola left the room every time she needed to change? Or that he never saw her in a towel? He had to have suspicions.

5. OK, The Whole Carnival Scene Should Have Been So Much Harder To Pull Off

That's too many outfit changes. It's too confusing. My suspension of disbelief is becoming unsuspended.

6. There's No Way Duke Wouldn't Recognize Olivia As Sebastian At The Booth

Their beds are right next to each other. They spend almost every waking moment together. How could he not be at least a little alarmed that this woman looks exactly like his roommate!?

7. And There's No Way Olivia Kisses The Real Sebastian Without Noticing

Do these people kiss each other without opening their eyes EVER?

8. They Would Not Just Stop That Soccer Game

I mean, I get that this needed to happen, but still.

9. The Soccer Game Is So Full Of Mistakes

So full of them. For one, Viola is off-side when she nets the winning shot. Then, the game just ends on a goal, which doesn't happen. There has to be some sort of signal/whistle, and that's not found here.

During the whole film, Viola has to wear an ace bandage to hid her boobs. But when she reveals that she's a girl at the final game, she lifts up her shirt, and surprise! No ace bandage.

There's no way the characters could have paired up for the débutante ball at the end because escorts are chosen way in advance. Everyone wouldn't have been able to switch that late in the game. Also, Viola joins the débutante process two weeks before the ball, and you usually have to go through at least a year's worth of preparations.

I know it seems like I've just shattered all your She's The Man memories, but the good news is that, despite all these plot holes, the film's just as hilarious as it was 10 years ago. Promise.