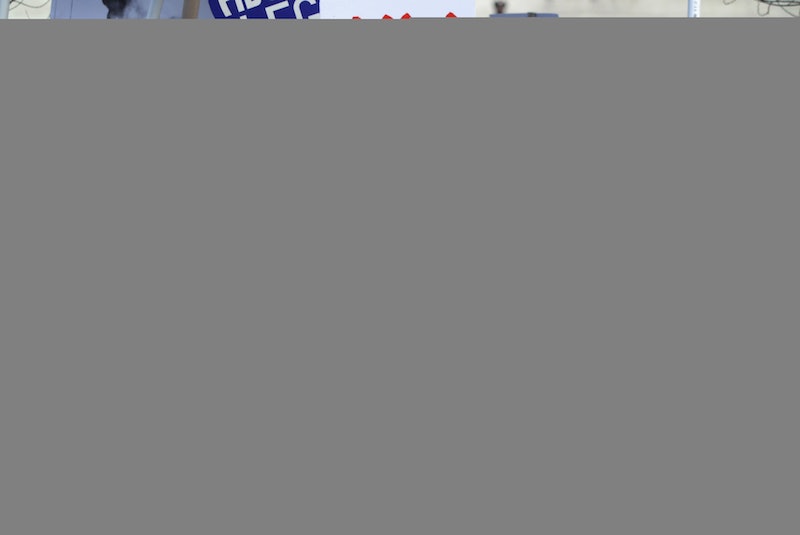 Although the term "pro-life" is the favored term among people who oppose abortion access, people have been pointing out for years that the term is misleading. For one thing, plenty of anti-abortion activists oppose abortion access even in instances where an abortion would save the life of the pregnant woman, and sometimes even deny that such a situation even exists, despite medical consensus to the contrary.

Basically, by this point, any time I see the phrase "pro-life" it makes me want to roll my eyes. But since most news coverage still uses the term "pro-life" (though this, too, is changing), this can make reading it a frustrating experience to say the least. But never fear! The new Google Chrome extension, Choice Language, will replace the term "pro-life" with "anti-choice" anytime it appears in your browser.

The extension was created by the National Institute for Reproductive Health. In the product description, they explain,

Tired of seeing the fraught term "pro-life" used ubiquitously and incorrectly, we conceived of this extension to shift the language of the discussion towards a more accurate framework. Using the language of pro-choice and anti-choice eliminates the sneaky and damning implications of a model built around "pro-life" versus pro-choice language.

So browse in peace, fellow pro-choice people. Between this and the extension to eliminate Donald Trump from your browser, the Internet just became a much more inviting place.

More like this
Iran Has Issued A Death Sentence Over Mahsa Amini Protests
By Catharina Cheung, Darshita Goyal and Maxine Harrison
Buckingham Palace Aide Resigns Over “Unacceptable” Comments To A Black Guest
By Shahed Ezaydi
MOBO Awards Found Kanya King On The Woman Whose Grit & Determination Spur Her On
By Kanya King
Amanda Gorman Shared A Powerful Message On Meghan Markle’s Penultimate Podcast
By Darshita Goyal
Get Even More From Bustle — Sign Up For The Newsletter