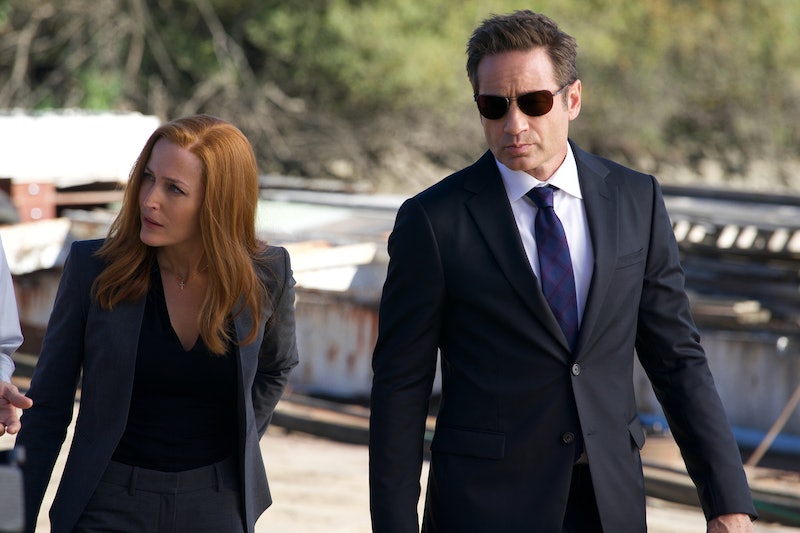 When it comes to '90s TV, perhaps no series better defines the decade for me than The X-Files . The paranormal Fox drama, which originally ran from 1993 to 2002, was a major part of my youth and instilled a love for Mulder and Scully in me that still burns strong to this very day. The series continues to be so popular that it's even in the midst of a revival in mini-series form, but once it's over (which unfortunately will be the case in less than a week), what do we do? How do we fill the void left by such an incredible series — a void which not even the reboot has been able to fill since the magic of the original show was so dependent on the era in which it aired? Well, we'll just have to find some other shows to watch and become obsessed with, right?

Let's just be real about something: there will never be another X-Files, and any show I recommend here won't really hold a candle to Mulder and Scully and the overall feel the show had for so many seasons (up to but not including Season 8, that is). What these other shows do offer, however, are small doses of the things we loved about The X-Files, whether that be action, government conspiracy, sexual tension, etc.

The clue's in the title on this one, guys. Supernatural has been on the air since 2005, so you're in for a treat in the form of a wonderful binge watching session if you decide to get into this one. It follows two brothers who host all things supernatural, from ghosts to demons and everything in between. It's also filmed in Vancouver, just like The X-Files was, so you'll get a similar eerie feel to the scenery.

This is pretty far from The X-Files in the sense that alien life on Doctor Who is the norm, but you'll recognize a bit of Mulder's joie de vivre about all things extraterrestrial in the Doctor (who's not actually human himself, anyway). Plus, it's just a great show in general, so you really can't go wrong.

If you're into government paranoia, hackers, and moodiness, you're in luck with Mr Robot. It stars Rami Malek as Elliot Anderson, a cybersecurity engineer who also happens to be a hacker and suffers from depression and social anxiety. He gets involved in some pretty crazy stuff that will give you that classic X-Files "trust no one" feeling we all know and love.

This is basically The X-Files if it was focused on current events rather than aliens. It's all messed up politics, lies, and deceit — plus a bit of chaos thanks to Carrie's rapidly changing mental state. There's also a nice bit of tension between Carrie and Quinn, though it's nowhere near Mulder and Scully level.

If you're looking for a "male and female agent investigate weird stuff and also fall in love", then you've come to the right place. Bones has been on the air for a long time, and as an added bonus, Booth and Bones actually end up together on screen without any of the coy crap. Win/win!

On the surface, Once Upon A Time literally has nothing to do with The X-Files. There are no aliens here, but there are fairy tale creatures come to life, and a whole lot of sexual tension and strong female characters, so that's something. If you loved XF, you'll love this because I do and I assume everyone's like me, clearly.

Grimm is similar to Once Upon A Time in terms of the fairy tales, but it's also similar to the X-Files in that it's a police procedural about cops trying to solve cases. So basically, it's a fantasy version of XF and that's good enough for me. I'll take it any way I can get it, clearly.

I'm going to be honest with you, here: Fringe is basically a blatant rip-off of The X-Files. However, it lasted for five seasons (it went off the air in 2013, so you can binge watch this sucker in one go) and people loved it, so that should tell you something. If you get desperate and/or can't find your XF DVDs, this is a good option.

Again, if you like mystery and drama and sometimes outlandishly ridiculous/unrealistic storylines, hit up Shondra Rhimes' How To Get Away With Murder. It's ridiculously entertaining and Viola Davis is divine (as is the rest of the cast). It's a show that will keep you watching, even when it's really WTF-worthy.

Another Shonda Rhimes jam, Scandal can be defined as a political thriller drama. It's a bit heavier on the inner government workings side and literally has nothing to do with alien, but it's dark and dangerous and at least has that in common with The X-Files, so just go with it.

If you're wondering what on earth Better Call Saul has to do with The X-Files, the answer is absolutely nothing. But that doesn't mean that fans of the latter won't love the former, because they will. Nothing is what it seems on Better Call Saul, and that's something that X-Files fans will relate to.

Who wants a marathon right about now?

More like this
Here's How To Stream 'Downton Abbey: A New Era' & The New 'Downton' Channel
By Alice Broster and Sam Ramsden
Regé-Jean Page Spoke Out On His Rumoured 'Bridgerton' Return
By El Hunt and Maxine Harrison
'Stranger Things' Season 4 Volume 2 Trailer Teases New Episodes Coming July 1
By Grace Wehniainen and Gabrielle Bondi
The 'Ms. Marvel' Review Bombing Controversy, Explained
By Radhika Menon
Get Even More From Bustle — Sign Up For The Newsletter