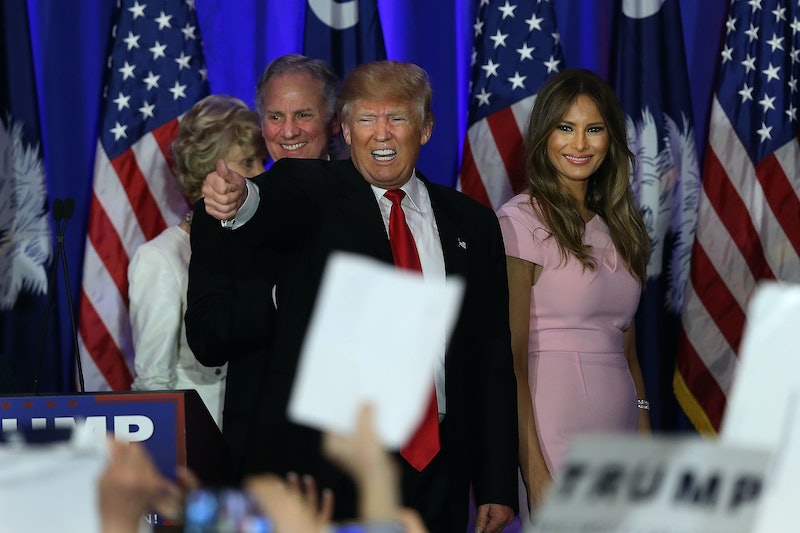 The results of the South Carolina Republican primary election are in, and Donald Trump is the winner — something not likely to surprise anyone who has been keeping up with the polls, which have shown him with a steady lead in the state for quite some time. This race for the presidential nomination is special for a number of reasons, one of the most obvious being that a bombastic reality star and real-estate mogul holds frontrunner status. Another reason (possibly related to the first) is that voter turnout in the nation's first Republican contests of 2016 have been high. How many people voted in the South Carolina primary? We don't know the exact answer to that yet, but we know the number was significant.

Even before the polls opened on Saturday morning, we had an indication that turnout was going to be good. Politico reported that the number of absentee ballots cast in South Carolina was more than double what it was in 2012. South Carolina may join the trends started in Iowa and New Hampshire during the 2016 race, where voter turnout broke records on the Republican side, Politico reported; in 2012, a little more than 600,000 Republicans voted in the South Carolina primary, a record that may have been broken on Saturday. In a press release, the State Election Commission revealed Saturday afternoon that certain counties across the state had steady to heavy turnout, according to WCNC, Charlotte's NBC station.

Late Saturday afternoon, Lexington County Director of Registration and Elections Dean Crepes told The State that he anticipated a 30 percent turnout among Republican voters, a number that is quite high for a primary election. In 2012, many states had turnout rates for primary elections in the teens and even the single digits, according to the United States Elections Project.

The Nevada caucuses on the Democratic side were much quieter on Saturday, where turnout rates were likely lower than in 2008. Democratic National Committee Chair Debbie Wasserman Schultz told Rachel Maddow on Saturday that she was not concerned about reports that turnout was about 50 percent lower than in 2008. Nevada only started holding caucuses in 2008, and the state is pretty established as having generally low voter turnout. In New Hampshire on Feb. 9, Republicans and Democrats had similar numbers of voters show up to polls, with Republicans breaking a record and Democrats having their second-highest turnout rate in the state. We won't know how Democratic turnout stacks up to Republicans in South Carolina until Feb. 27.