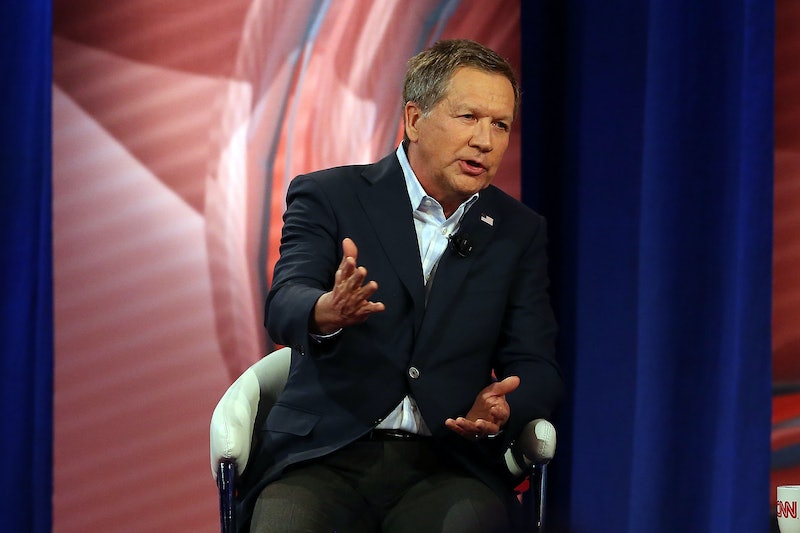 By virtue of Jeb Bush's withdrawal from the race for the GOP nomination, Ohio Gov. John Kasich has finished fourth in the South Carolina primary contest, not managing to nab any delegates this time around. What will Nevada hold for John Kasich and his cash-strapped campaign? There is a definite lack of polling available, and none of it takes into account the recent departure of Bush from the race.

Kasich is currently the only remaining Republican candidate who is on an upward trend nationally, according to aggregate polling from the Huffington Post. However helpful national, and even some state level, polling can be, Nevada has been a challenging (read: expensive) state to poll and consequently, there isn't a whole lot of data from the state: Only three polls have been conducted in the state since Dec. 1 of last year. Surprise, surprise: Donald Trump is maintaining a wide margin for the first place behind Texas Sen. Ted Cruz and Florida Sen. Marco Rubio at a close second and third, respectively. Kasich just barely beats out Dr. Ben Carson for fourth place in a narrowing field of five.

So what will the Silver State hold for Kasich? If he is hoping to capitalize on Bush's withdrawal without putting in any additional work, that strategy may not have legs. Bush's share of the last three Nevada polls conducted since Dec. 1, 2015 was a flat 5 percent. If each Bush voter in Nevada automatically decided to switch and support Kasich, the additional share of the vote wouldn't even be able to propel Kasich into third place and unseat Rubio.

Kasich might also happen to be at a disadvantage in Nevada for demographic reasons; the state has a large Hispanic population for Rubio and Cruz to fight over. If either Rubio or Cruz perform better than expected, it could very likely have the effect of derailing Kasich's delicate current forward momentum narrative in the press, and therefore translate into trouble when it comes to financing his campaign.

There is, of course, speculation that he could just be biding his time until the convention rolls around to cash in whatever delegates he gets for the shot at the vice presidential slot. Despite vehemently denying on numerous occasions that he would like to be vice president, sometimes what that really means is that they'd just really like to be vice president. Once again, is seems that the American election process has more in common with a raucous schoolyard during recess than anybody would readily admit.