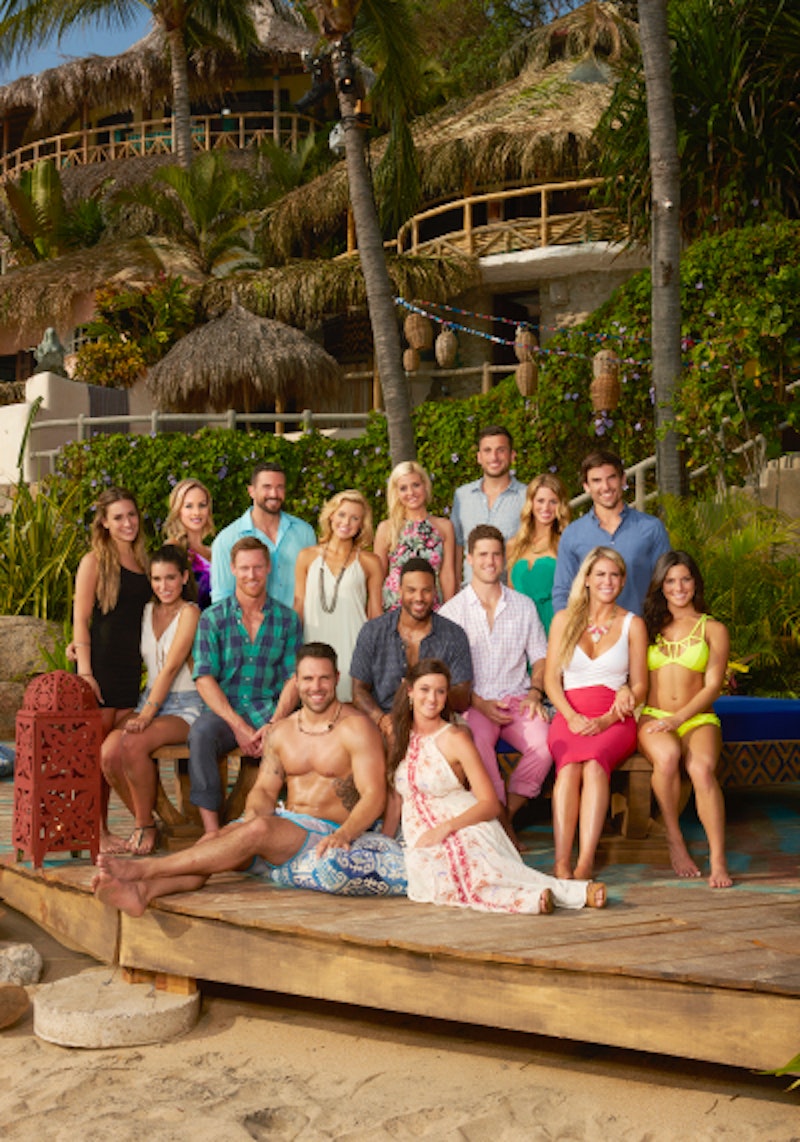 Over the long and storied run of The Bachelor (and its many spinoffs), we have met a lot of people. I mean, 25 or so contestants each season, and then multiply that by 20 seasons of The Bachelor and 11 seasons of The Bachelorette , and that gives Bachelor Nation a bigger population than Chris Soules' tiny hometown of Arlington, Iowa. Out of all those people, some of them are going to slip through the cracks and not get the recognition they deserve, even if they do end up with small stints on Bachelor in Paradise later. There are so many underrated Bachelor contestants, and it's time they get their due.

I totally understand why some contestants don't get as much screen time as others. The show's already two hours long and (usually) action-packed, so it's not like the producers have a ton of extra time to work with. And don't get me wrong — I love keeping up with contestants who were instantly attached to the spotlight, like Ashley Iaconetti and Nick Viall, especially when he posts photos like this on Instagram. But there are so many undiscovered gems in the universe of Bachelor stars, and I want to be friends with all of them.

Here are some of the most underrated Bachelor contestants ever. You never know — you might find your new favorite on this list.

She may have only lasted into week six on Ben Flajnik's season, but when I really fell in love with her was on Married at First Sight. She's such a sweet, good-hearted person that it's hard not to root for her, and it's not like you can say she hasn't pulled out all the stops for love!

OK, so plenty of people know who Tenley is, but I don't think they give her the credit she deserves. How Tenley hasn't become Bachelorette yet is completely beyond me, but whatever, ABC. Your loss!

I really, really like Sharleen for two reasons: She's insanely talented, because opera singing is no small feat, and she had the guts to quit The Bachelor when she realized she just wasn't that into Juan Pablo Galavis, which isn't something we get to see often on shows like this.

I didn't fall in love with Lucy 'til after her time on The Bachelor with Galavis was over, but that could have had something to do with the fact that her occupation was a "free spirit." But after the show, following her on Instagram? She seems like an amazingly fun person to be friends with. And how is it possible that all of her photos are gorgeous and/or on a beach somewhere? Secretly, I think she might be a mermaid.

With two Bens on The Bachelorette last season, it was clear there was only room for one to rise to the top (damn you, Higgins) but Ben Z. deserved way more recognition than he got. He's an adorable sweetheart, and did you hear about that time he defended JJ Lane and a Bachelor crew member in a bar fight?! He's basically Superman.

Here's why I love Katie: After her time on The Bachelor, she did this incredibly eye-opening interview about what being on the show is really like, and it just made me love her. It's refreshing to get that actual dose of reality from filming a "reality" TV show, and I love how down to earth she's remained despite that crazy experience.

Guys, dentist Chris was so cute and it's like nobody cares! Plus, once he tweeted that he was looking for Taylor Swift tickets in Nashville, and who wouldn't want to date a guy like that?!

She was on Bachelor in Paradise for like, a second last season, but I'm still not convinced that people pay enough attention to her. She's gorgeous, and her son is ridiculously adorable.

Everyone always talks about Andi Dorfman and Nikki Ferrell's precious best friendship, but they usually forget that Kelly is their BFF too. Why don't people realize she's so much fun?! Plus, Sharleen Joynt likes her, which means I like her.

Yeah, OK, so she's made it to two seasons of The Bachelor and the second season of Bachelor in Paradise, but she stayed pretty low key the whole time. I think there's a lot of untapped potential in Amber that The Bachelor is totally wasting. Get it together!

On Andi Dorfman's season of The Bachelorette, Tasos was so adorable and such a sweetheart, but I feel like people forget about him. It's not fair. He's awesome.

Just like Levans, Hughes spoke out about what goes on behind the scenes during Bachelor filming — including the show's diversity problem, which is so important and needs to be talked about.

Drama is awesome, but these underrated people who were pretty low key on their seasons of The Bachelor and The Bachelorette deserve so much credit for remaining calm and collected during what has to be one of the craziest situations on earth. Well done, people. I wish there was a gilded rose trophy I could hand to each and every one of them.