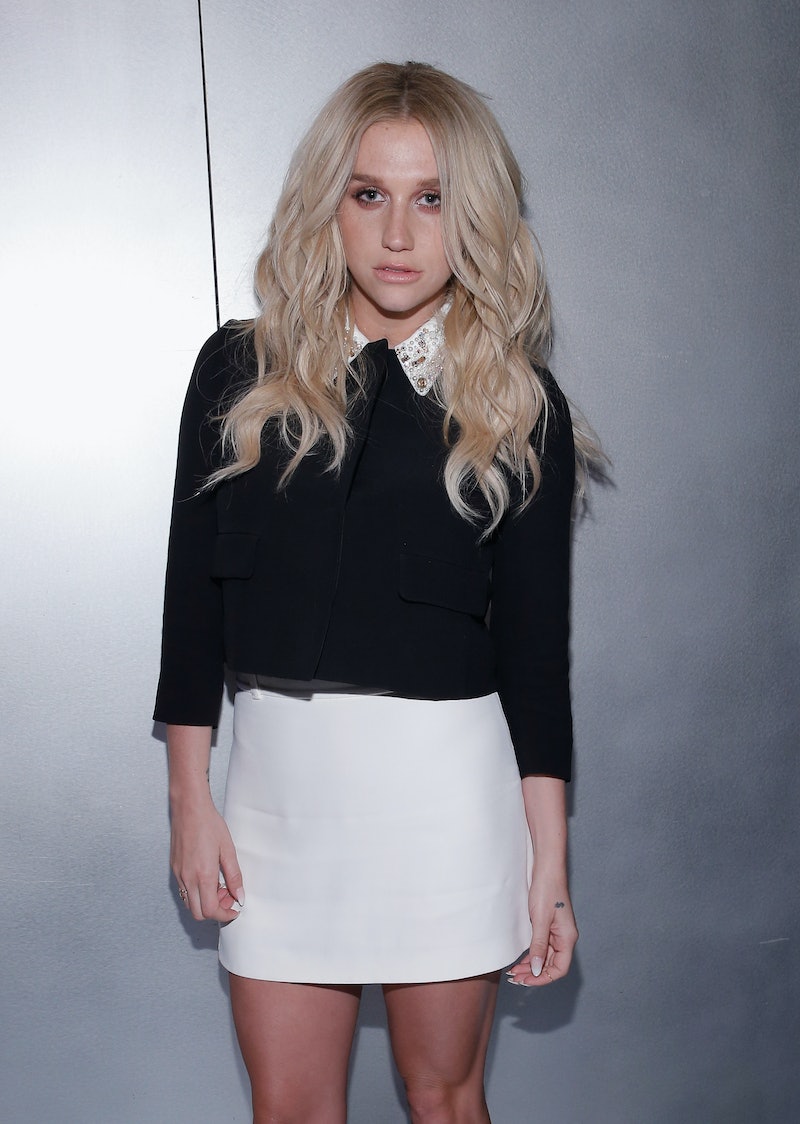 On Friday, a New York-based judge denied Kesha an injunction that would get her out of her contract with longtime producer Dr. Luke, whom the singer is suing for allegedly drugging and raping her, as well as for alleged verbally and emotionally abuse.And since then, the public outcry has been loud, with numerous celebrities rallying behind Kesha and showing their support for the "Tik Tok" singer. The latest show of support comes from Taylor Swift, who donated $250,000 to Kesha, Kesha's mom Pebe Sebert announced over the weekend and Swift's rep later confirmed. The money is not only a generous offer and a clear gesture of support, it's a practical way to help the embattled singer, who can use the money to help with her legal bills.

For the record, Dr. Luke has denied Kesha's claims of rape and abuse and sued Kesha for defamation. Sony and Dr. Luke have agreed to let Kesha work with another producer, which the judge pointed out during Friday's court session. Sony told the judge Kesha's claims are a "transparent and misguided attempt to renegotiate her contracts."

When Swift's rep announced the donation, they made it clear that the money is intended to help out Kesha during the financial fallout of her legal battles.

As for what those specific "financial needs" are, first keep in mind that Kesha has been in career limbo and has been unable to actually do her job since she first filed her initial lawsuit against Dr. Luke in 2014.

According to her lawyer, Mark Geragos, Kesha has been at a career "impasse" during this time period — an "impasse" that has undoubtedly taken a financial toll on the singer. According to Billboard, a memorandum supporting the injunction read,

She cannot work with music producers, publishers, or record labels to release new music. With no new music to perform, Kesha cannot tour. Off the radio and stage and out of the spotlight, Kesha cannot sell merchandise, receive sponsorships, or get media attention. Her brand value has fallen, and unless the Court issues this injunction, Kesha will suffer irreparable harm, plummeting her career past the point of no return.

Not only is Kesha losing out on potential money that she could have been earning this whole time period, she's losing out on future income as well.

As former Universal Music Distribution CEO Jim Urie stated in his affidavit (according to The Hollywood Reporter):

No mainstream distribution company will invest the money necessary to distribute songs for an artist who has fallen from the public eye, as is happening to Kesha at this very moment. Accordingly, if Kesha cannot immediately resume recording and having her music promoted, marketed, and distributed by a major label, her career is effectively over.

So yes, Swift's donation of $250,000 could undoubtedly help someone who has been unable to work for the past two years, someone whose career may be "effectively over," and help to make at least one aspect of this process easier.

Of course, there are also the mounting legal bills that Kesha has amassed during her legal battles. Geragos, who has worked with everyone from Michael Jackson to Lindsay Lohan, can't possibly come cheap, and Kesha has been working with him since she filed her lawsuit against Dr. Luke in 2014. It's safe to say that two years' worth of legal fees on top of two years of not being able to work can add up. This is exactly where Swift's donation helps to relieve some of that financial burden.

And while the money is obviously important on a practical, financial level, it's also a strong gesture of support from Swift. By donating the money, Swift is aligning herself with the singer while simultaneously acknowledging the severe financial hit that Kesha has taken over these past few years — and may very likely continue to take in the future. Money isn't everything, but when it represents an acknowledgement and a strong show of support and can actually help in a practical, financial sense, it certainly is worth a whole lot.