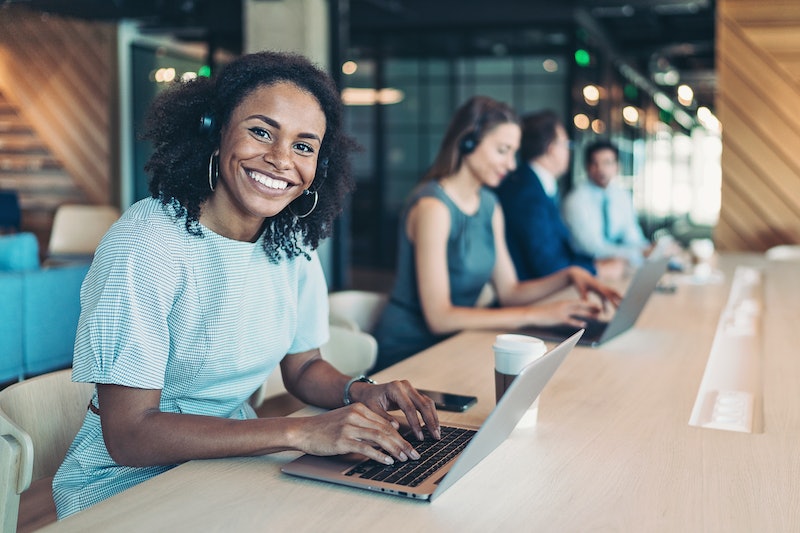 Sexism in the workplace is commonplace in pretty much every industry, but new data from the website Fairygodboss show that when it comes to sexism, not all workplaces are created equal. The site recently compiled a list of the best industries for women to work in using data from over 20,000 reviews by its users, and the results may surprise you. Who knew that PR could be such a hub of gender equality?

Along with the optimal ones, Fairygodboss also determined the worst industries for women to work in, and they're not exactly stereotypical either. While tech and finance offices may be known as breeding grounds for bros, those were both in the middle; the worst were the aerospace, industrial, and automotive industries.

Obviously, this list alone should not determine your future career. If you're passionate about something, you shouldn't be deterred from it just because its work environments tend to be hostile to women. But regardless, it may be helpful to know what you're getting into, and the level of sexism in an industry might be a consideration if you're on the fence and work environment is very important to you.

Will all that said, here are some of the best industries for women looking to receive equal treatment at work.

As Samantha from Sex and the City could tell you, PR is the profession of a ton of high-powered, assertive women. In fact, 63 percent of PR specialists are women, according to Bureau of Labor Statistics data. “There are lots of great networking and mentoring opportunities for women," one reviewer wrote of her account executive job. "They really do emphasize career growth and speak to work/life balance often.” Three quarters of women working in PR told Fairygodboss there was gender equality in their workplace, and over half would recommend their companies to other women.

You might expect that an industry focused on women's looks would contain a lot of sexism, but in fact, 71.4 percent of women working in cosmetics say there's gender equality at their companies. “The leadership is predominantly women; they understand very well women's needs and [are] also less likely to hold stereotypes against women,” said one cosmetics industry project manager.

70.4 percent of women in hospitality, which includes hotels, tourism, and transportation, said there was gender equality at their companies, and over half would recommend their employers to other women. This may be partially because, according to the Bureau of Labor Statistics, there are slightly more women than men working in hospitality and leisure. “Overall, I have witnessed a great deal of support for women and a large female presence in upper management," said a woman who works in catering.

Nonprofits' work environments appear to be in line with the social missions they advocate, with 70.3 percent saying men and women are treated equally at their organizations and over half recommending them to other women. Perhaps the ethos of wanting to save the world affects how employees treat one another as well. "Excellent work environment with top people and mission," one reviewer wrote, but warned, "heavy bureaucracy and less friendly at the top."

Apparently, Mad Men no longer accurately depicts the advertising world. Two-thirds of women in advertising say there's gender equality at their companies. However, less than half of women in advertising would recommend their employers to other women, so perhaps there are other downsides to the industry. "There are some very impressive women in leadership roles here, but exec/management is still male-dominated," one Fairygodboss review reads.

More like this
5 Crystals To Manifest More Money
By Megan McCarty
Is TikTok’s “Villain Era” Trend Just An Excuse For Bad Behaviour?
By Chanté Joseph
The 'Hocus Pocus' Sequel Finally Has A Release Date & It Makes Total Sense
By Shannon Barbour and Radhika Menon
How To Make Workplaces More Welcoming For Men In 11 Easy Steps
By Ginny Hogan
Get Even More From Bustle — Sign Up For The Newsletter