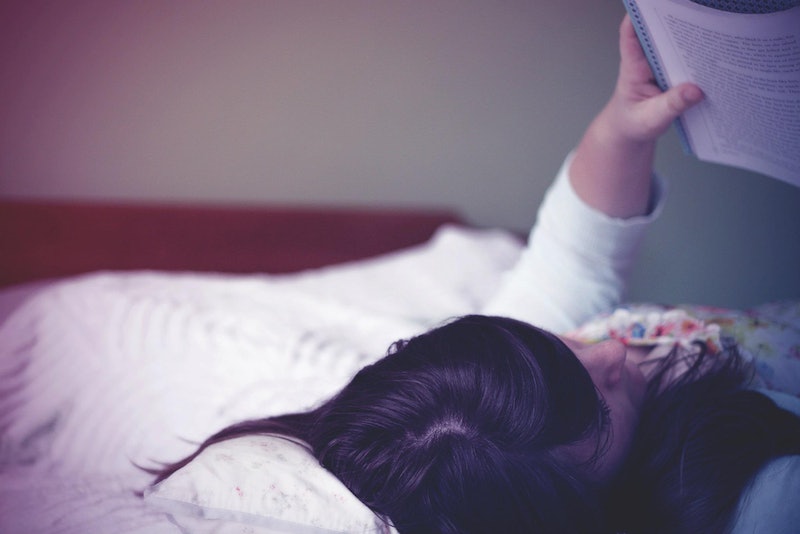 Historically, the women and men portrayed in literature aren’t exactly known for their wildly feminist ways — that whole damsel in distress trope has been recreated about a billion times over, after all. But be that as it may, if you’re a reader looking for some great feminist book characters to fill your shelves, the search may not be quite as difficult as all that. As it turns out, there are plenty of surprisingly feminist characters in literature — both guys and gals — in novels you might never have even though to look in. (The Catcher in the Rye, I’m talking to you.)

Some of my favorite books definitely celebrate strong female leads — like a few of the titles on this list — but it’s not often I look to a male literary character when I’m in need of a little book-inspired feminist inspiration. However, after checking out the books listed below, it appears literature has its fair share of feminist male protagonists as well. Who would have thought, right?

Get ready to rethink your understanding of the characters in some of your favorite classic titles, because here are nine characters from literature who are surprisingly feminist. And we you gotta love ‘em for it.

When hair-pulling, openly flirting — and once, even saving her life — don’t succeed in winning Anne Shirley over, Gilbert Blythe turns to the only thing he knows is guaranteed to catch the attentions of a self-respecting gal like Anne-with-an-‘E’: a good, old fashioned battle of the brains. In Anne of Green Gables , the pair first competes for top of the class in the Avonlea schoolhouse, and later for scholarships at Queens Academy. Gilbert quickly learns the only way to this girl’s heart is through her mind — and he totally celebrates her genius.

2. Holden Caulfield, The Catcher in the Rye

It’s hard to tell if The Catcher in the Rye protagonist Holden Caulfield reveres women, or is only slightly terrified of them — but one thing’s for sure: Holden has far more respect for his dates than the womanizing frat boys who attend his boarding school do. Disgusted by the lusty behaviors of his peers, Holden is never one to pressure his dates into doing anything they don’t want to do, and he even — gasp — tries to hold intelligent conversations with them instead.

3. Portia, The Merchant of Venice

As the heroine of William Shakespeare's The Merchant of Venice , Portia is in rare company. (Turns out, Shakespeare wasn’t really all that feminist.) Portia, however, makes her unique positon count. Left with her late father’s fortune, Portia not only has financial freedom in a time when most women were financially dependent on men, she’s also extremely picky about the men she lets into her company — as she should be. Portia knows what she likes, and she’s not afraid to outsmart all the men around her in order to get it.

As Celie’s less-celebrated sister in The Color Purple , Nettie is actually the more feminist of the siblings — in my opinion, anyway. (Although, her hard-won freedom did come at a price for Celie, so maybe we’ll call this one a tie.) Freed from what would surely have been an oppressive marriage, Nettie links up with a missionary couple headed for Africa, where she observes gender disparities even greater than those in the North American culture Nettie and Celie grew up in. Having experienced freedom and world-travel, Nettie returns home in hopes of encouraging Celie to adopt her more liberated perspective.

5. Rhett Butler, Gone with the Wind

Sure, we all know the infamous quote (“My dear, I don’t give a damn.”) And while it’s true that Gone with the Wind ’s Rhett Butler did get thoroughly fed up with Scarlett O’Hara’s spoiled and self-defeating antics, he was actually about as feminist as one could be in Civil War-era Atlanta, Georgia. Recognizing her unique strength and intelligence from the beginning, all Rhett really wants is for Scarlett to stop getting in her own way.

When Hester Prynne becomes pregnant without a husband in sight, the community in The Scarlet Letter shuns her completely. But Hester, feminist that she is, makes the profound injustices she faces look like mere inconveniences — all she cares about is protecting her child. Unafraid to take care of both herself and her little one, sans-husband, all Hester really wants is to be left alone to raise her daughter into another strong woman.

Arguably the most feminist of the March sisters in Little Women , was there any doubt that Jo March — were she to end up partnered with any man at all — would choose one who saw her as his intellectual equal? German professor Friedrich Bhaer is just that character; a man unafraid to tell Jo what he really thinks (especially of her writing,) and who encourages her to step beyond the creative boundaries set for her as a woman, to become instead a serious, celebrated writer.

Although Janie Crawford’s life is structured around the men she married — and left — she’s definitely just a gal trying to find herself, and trying to pave her own path in her world. The protagonist of Their Eyes Were Watching God has got some pretty fierce ideas about equality in relationships and the roles women should be allowed to take in society, but she just keeps getting disappointed by those around her at every turn. Although Janie’s commitment to her beliefs sometimes get her in trouble, she wins her independence in the end.

9. Scheherazade, One Thousand and One Nights

At first glance Scheherazade, of One Thousand and One Nights , might not seem like your textbook feminist. She is, after all, a too-young-to-be-married woman imprisoned by an arranged marriage that is intended to end with her death. Despite that decidedly non-feminist plot, however, this leading lady is definitely about as feminist as gals come. Not only does she believe in herself enough to construct a plan — based solely on her intellect and creativity — to survive, she manages to change the heart and mind of one of the most tyrannical men in literature. You go girl.