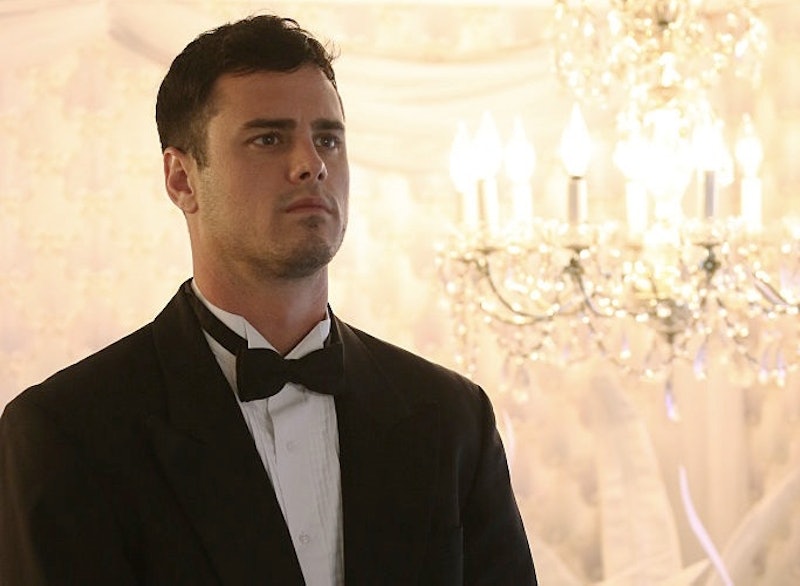 Although we might watch The Bachelor for the crazy, outlandish, or just plain silly moments from each season, the series is, at its heart, a show about a man attempting to find someone to spend his life with. Given the care and respect Ben has shown the ladies who have been vying for his heart on Season 20 of The Bachelor, it's easy to see he takes this process very seriously and is looking for the woman who will someday be his wife. So, will Ben propose at the end of The Bachelor to whichever lucky lady wins his heart?

Yes, I think he definitely will. Throughout the entire season, Ben has made it clear that he's ready to settle down with a wife and start a family together. He may be young at 26 — some may say too young — but that doesn't mean he isn't ready for marriage since everyone is ready at different times. Plus, a proposal at the end of The Bachelor is almost expected at this point, though it isn't necessarily guaranteed. Out of the 19 previous seasons of The Bachelor, eight men didn't get down on one knee and put a ring on their chosen gal.

Let's take a look at those eight Bachelors and the circumstances of their non-proposals.

Although Alex didn't propose to Amanda, he did ask that they keep seeing each other. But that was the first season, so the whole thing was kind of an experiment rather than a concrete formula.

Technically Bob did put a ring on season winner Estella — but it was a promise ring, not an engagement ring. So, not quite the happily ever after of a proposal, but not too far off either.

Like Alex, Jesse gave the final rose to Jessica, but didn't ask her to marry him. Instead, they decided to continue to date.

I'm lumping this string of non-proposals together since they were three successive seasons of Bachelors choosing to not propose to their gals, but extending their relationships beyond the show. That's fine, if anticlimactic.

Brad is an interesting case since he chose neither of his two finalists, DeAnna and Jenni — so that means there was no proposal by default of there being no winner at all. Brad returned for Season 15 of The Bachelor where he did propose to season winner Melissa, though, so I suppose he was somewhat redeemed.

The Bachelor had a good run there with six seasons of proposals, but then Juan Pablo didn't propose to Nikki. To his credit, he did take the advice of Nikki's father into account, choosing not to propose until he was entirely sure it was the right move for their relationship.

So, The Bachelor may not have the best record with proposals, but Ben not only seems to be the kind of Bachelor that proposes at the end of the season, he seems like the type that will make it work with the lady he choses for the long haul (since a proposal doesn't guarantee a successful relationship post-show).