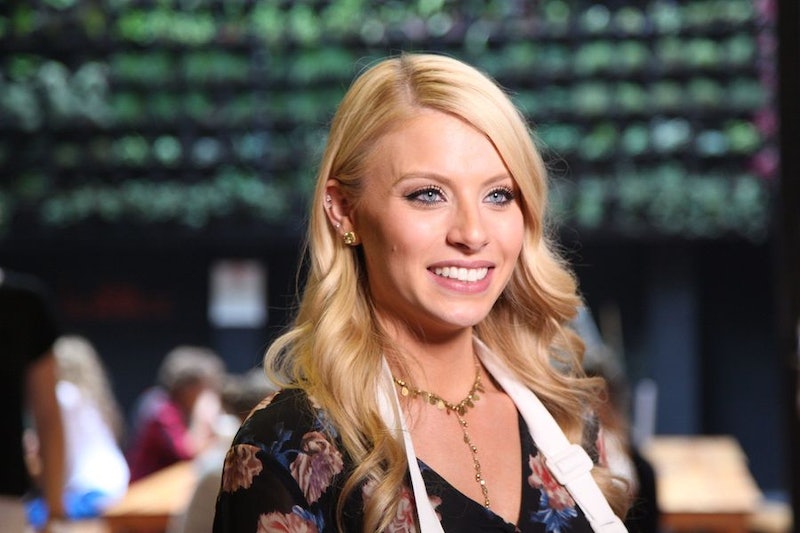 Every Monday we watch Ben Higgins break a few hearts. Recently, Ben sent Emily home on The Bachelor after introducing her to his parents and taking her around his hometown. It was an incredibly personal date for this stage in the show, and especially for Emily, who had clearly not formed a super close relationship with Ben thus far into the process. But, regardless of that, something about Emily being sent home feels wrong. Was it too early for Emily to leave The Bachelor ? Did she need more time to develop a relationship with Ben, or had they reached their relationship's full potential?

While I don't think that Emily was the woman for Ben — compared to frontrunners like JoJo and Lauren B. — I think Emily's exit from the show was unfair. This probably was the week for Emily to leave the show, simply because her relationship wasn't developing like the other relationships. Ben has opened up to some of the women in very personal ways. He and Emily hadn't really shared those moments. Whether that be because the first half of the show stinted their relationship because of the twin twist, or because there was never really any real chemistry between them, the time was now for Emily to leave.

But, the way that Emily left wasn't right because Ben let it come off as if the decision was his parents. I don't blame Ben for saying that his parents influenced his decision. When it comes to the person you are going to (hopefully) spend your life with, you're going to want to have there be some cohesion with your parents. But, Ben should have made the decision to let Emily go. It should not have been his parents' decision because that's not fair (especially because his parents haven't met the other women on the show).

It feels like Ben and Emily were doomed from the beginning. The fact that Emily and Haley showed up to the show together put them both at a disadvantage from Day One. They weren't able to be their own individual person (see their occupation as "twins") and therefore, Emily didn't actually "join" the show until the week Haley was left at home.

Emily came out of her shell once Haley left, but unfortunately it was too little too late. She and Ben didn't have the time to make up for the lost time and get to a point in their relationship that would combat the others on the show. The good news is there's always Bachelor in Paradise.