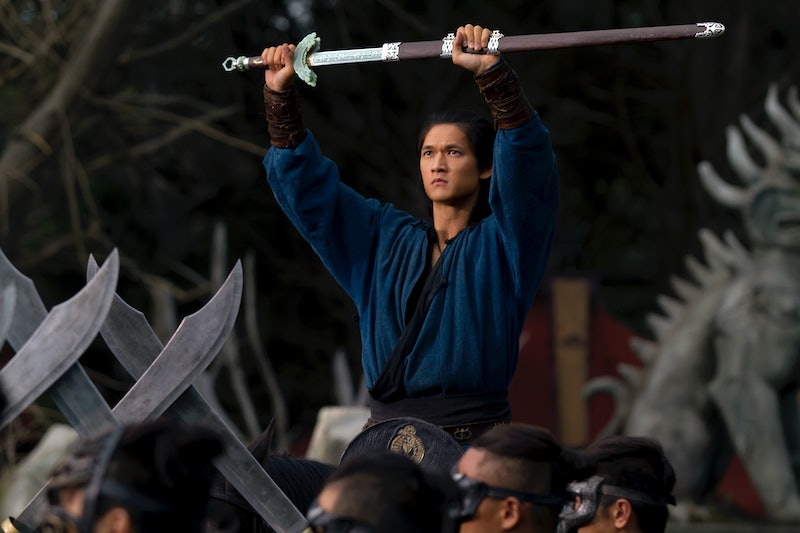 It's possible, then, that if Sword of Destiny is a success, Netflix might invest in adaptations of the first three books in the series. However, prequels, as we all know, can be tricky. For example, if returning Crouching Tiger star Michelle Yeoh's character, Yu Shu Lien, is in the first three books as a younger version of herself, then filmmakers will be forced to consider re-casting the role. Considering Yeoh is the only star returning for the sequel, perhaps ditching her for a possible third film isn't the best way to go. (Also, fans of Crouching Tiger, Hidden Dragon know that Yeoh is a badass who deserves all the screen time she can get.)

It's unclear whether or not Sword of Destiny director Woo-Ping Yuen, a prolific martial arts director and stunt choreographer, or screenwriter John Fusco (Marco Polo) have signed contracts that include the potential for a sequel — same goes for stars Yeoh, Donnie Yen, Harry Shum Jr., and Juju Chan. If a third Crouching Tiger movie is in the works, it might feature an entirely new cast and story.

With the future of Crouching Tiger, Hidden Dragon up in the air, fans should probably just focus on enjoying this surprise sequel. So, grab your friend or parent's Netflix password, and enjoy watching martial artists fly through the air while you still can.