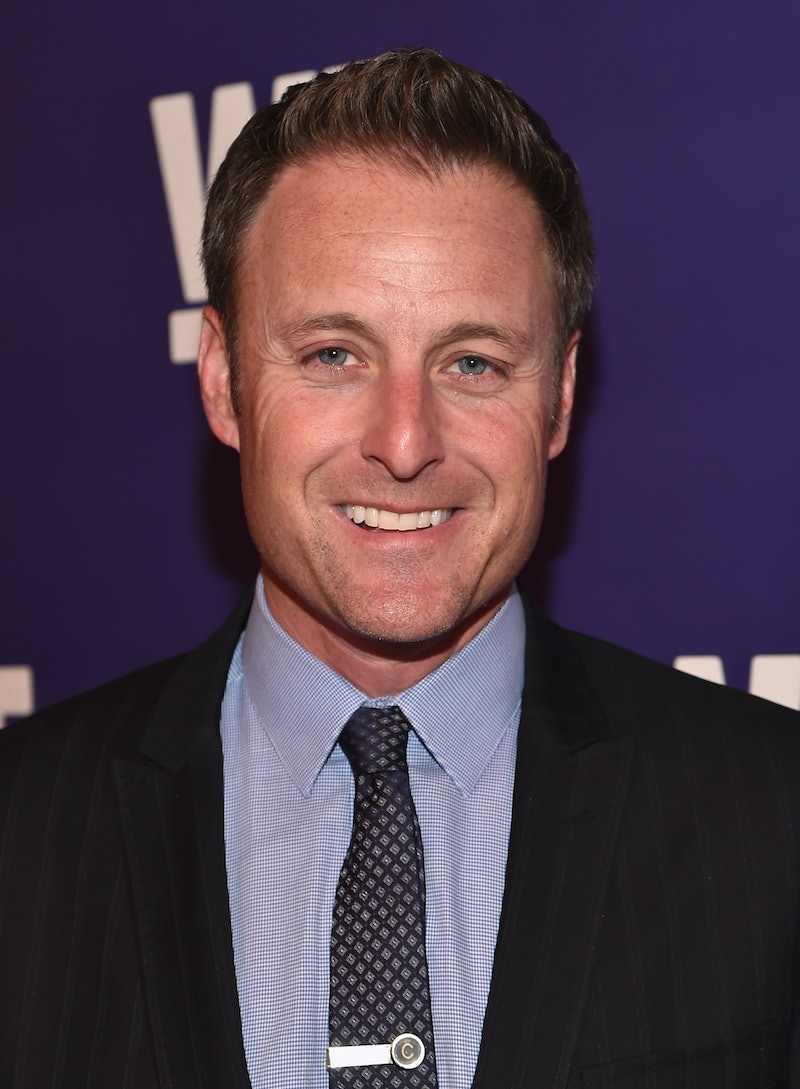 The Bachelor and Bachelorette fandom has been very interested in the many rumors suggesting that Chris Harrison and Andi Dorfman are dating. In January, romance reports surfaced when Dorfman posted an Instagram with the host of the ABC reality series. Ever since then, the two haven't been able to escape talk of their connection, whether it be platonic or not. That said, it looks like Harrison is trying to be all coy about his status with Dorfman. On Monday, a fan asked him on Twitter if he is "actively dating." To probably no one's surprise, Harrison was pretty much mum. His exact response was: "Define 'actively.'"

I hate to break it to the 44-year-old television host, he can play coy all he wants, but it isn't going to make the situation go away anytime soon. Plus, no matter how non-committal his responses are to dating questions, Harrison's answers definitely don't prove that he isn't dating the former Bachelor and Bachelorette star.

Take his latest response. Obviously, he is a smart man who knows exactly what "actively" means. This is his clever way of sidestepping a question that he doesn't want to answer. I mean, can you imagine if he would've said, "Yes"? That would've started an entirely different conversation and probably the publication of many reports reading, "Chris Harrison confirms relationship with Andi Dorfman." By answering the way he did, it was probably the smartest move for him.

That said, his response shouldn't disappoint those Harrison and Dorfman shippers. Actually, fans should be very pleased with his answer. His coyness might just possibly mean he and Dorfman are totally a thing, but they don't want to make it public knowledge just yet.

Basically, Harrison's tweet is causing even more speculation.People are going to believe what they want to believe, not to mention analyze every single answer, tweet, and photo.

At this point, Harrison and Dorfman could very well be a couple, or just friends. I don't know about you, but it looks to me like there is clear chemistry in this picture. But what do I know?

For more Bachelor, check out Bustle's Will You Accept This Podcast? below!