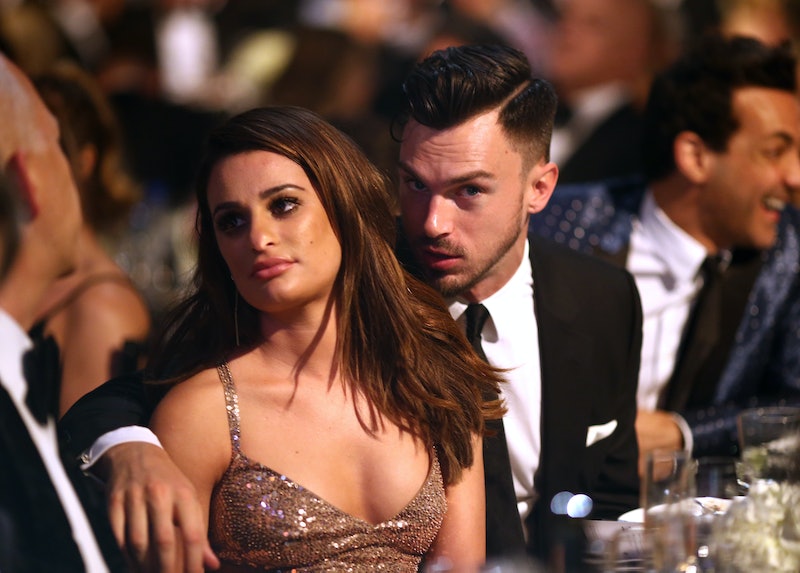 In some sad celebrity couples news, Scream Queens star Lea Michele and boyfriend Matthew Paetz have broken up, after nearly two years of dating. The news was confirmed by her rep to People, and it's sad to hear. While many fans will be initially disappointed and feeling for their girl, it is only natural to wonder: Why did Michele and Paetz break up? They seemed like they were so in love, and it was just in early February that Michele shared a photo of the two together, so how could things go bad so quickly?

Unfortunately, it seems like the break up came as a real shock to Michele. A source told Entertainment Tonight :

Their split is a huge shock to all their friends. Lea and Matthew were talking about getting engaged as recently as around the holidays. Everyone thought they would get engaged soon, but definitely not split.

Multiple sources report that the break happened early on in February, so it likely occurred shortly after Michele posted the Twitter photo of herself and Paetz watching The Bachelor together. While it might be impossible to ever know exactly why they broke up, another source shed some details to Us Weekly , saying, "He had enough. She was completely crushed... He won't take her back... She was completely blindsided." Damn, that sounds way harsh and heartbreaking.

The couple had been together since 2014, after they met on the set of Michele's music video for "On My Way" in April. Paetz was the first relationship for the actor after the tragic death of her boyfriend and Glee co-star Cory Monteith, and Michele had credited Paetz for making her "smile again" and "bringing such a bright joy" into her life every day in a social media post she wrote for his birthday:

Although Michele has been probaly having a rough few weeks post-breakup, she seems to be taking control of the situation and remaining positive. A source at People said, "Lea is surrounded by her friends, who have rallied around her and support he. She's doing fine, focusing on her work, her music and her album."

It is great to see her spending time with her friends and keeping busy. Now that she's working on a new album and starring on another hit show, this breakup will only serve as more inspiration as she moves ahead with her life.