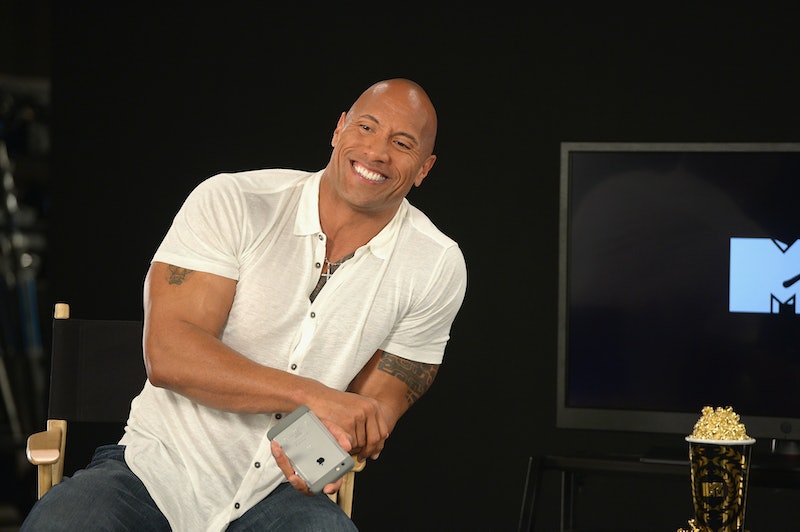 I can’t get enough of the picture Dwayne “The Rock” Johnson posted recently of his Baywatch cohorts. According to the picture, the cast is starting to film the movie version of the popular television series on Tuesday after a long pre-production, and The Rock celebrated the new start with a shot of the cast’s table read. And can we just talk about how happy they all look to be bringing Baywatch to a modern audience? Because I can’t get enough of their smiling faces, the hard work they’re putting in (Just look at the amount of caffeine on that table!), and the determination they all have to bring this classic show to a modern audience.

In the photo, posted to The Rock’s Instagram account, the caption celebrates the “cool/hot” new cast and how long they have been working to bring this new movie to theater. “This squad has been working extremely hard for months,” The Rock added in his caption, saying that “the time has come” for the cast to finally start shooting tomorrow. And you can definitely tell that they have been working hard. The table is littered with snacks and drinks to keep the cast energized through the long read.

But more than just working hard, it’s clear that these guys have been having fun while doing preparing for the movie. And who wouldn’t have fun shooting for a Baywatch movie?

Well, I mean, aside from the potential for chafing, standing around in a wet bathing suit all day.

Pretty much everyone in the picture is laughing their heads off, which means this modern script is going to make one heck of a movie. And won’t that be nice? To have a modern-day Baywatch that is less primetime soap drama and more self-aware comedy? From the looks of this table read—and all the work this cast has clearly been putting into the movie—this remake is going to be a blockbuster. If audiences have as much fun in the theater as the cast seems to be having at their table read, than this movie is sure to be a winner, red one-pieces and all.