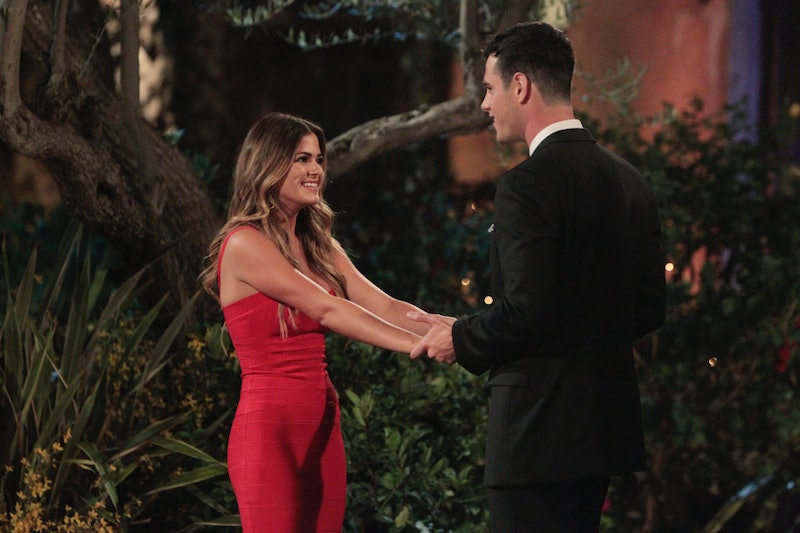 You guys, I love when The Bachelor does hometown dates SO MUCH. And why? Well because not only is there always huge amounts of drama, but we finally get to meet the ladies' parents and this bunch had some standout ones. (I mean, can we talk about how cute Caila's dad was?) But, the most important parent of the night was JoJo's mom who drank wine straight from the bottle during Ben's visit, likely because her sons were driving her just as crazy as they were everyone watching.

It was a "blink and you'll miss it" moment, but totally worth revisiting. Here is a woman after my own heart, folks, as she took a swig straight from the mouth of the bottle. But, who is this charming lady with the best reaction to Ben and Martin Patton? According to OKHereIsTheSituation, that would be Dr. Soraya Fletcher, a nurse practitioner in Denton, Texas who originally hails from Iran. JoJo's pretty proud of her mom, talking about her heritage in her Bachelor bio. "I’m proud of my mother’s background despite what social opinions are. It’s important for me to stand up to people stereotyping Iranians," she wrote in the ABC profile.

And, JoJo also had a good laugh at her mom's antics during The Bachelor hometowns, joking on Twitter about the wine incident.

It was a pretty stressful evening just to watch, so I can't imagine living through it. JoJo's mom certainly won a few Bachelor Nation fans over with her solution to the stress. And, hey, what's Bachelor Monday without a sip or two of wine?

Keep on being awesome Mama Fletcher!