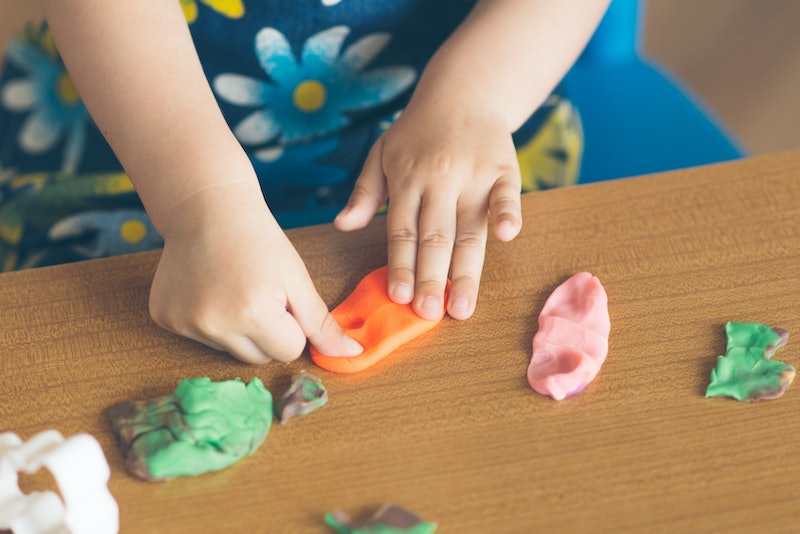 There are some things in life that are so, so satisfying… and yet, I really couldn’t explain to you why. This goes double for some of the weirdly satisfying things of the ‘90s that made up a significant chunk of my childhood — but hey, at least most other ‘90s kids will know exactly what I’m talking about, right? We’re all in this together, even when “this” means “peeling glue off your hands.”

What makes these things different from, say, all those little ‘90s victories that were cause for celebration? The fact that they serve no real purpose. Some of them did have tangentially beneficial side effects — managing to sharpen your pencil without breaking off the wood shaving you were carving off of it did, for example, also grant you the gift of a usable writing implement — but by and large, they were satisfying in and of themselves, even without the added bonuses afforded by the end result.

I’ve said it before, and I’ll almost certainly say it again, but… it’s the little things.

Honestly, I still get a kick out of these weirdly satisfying things from the ‘90s, and I’m pretty sure I’m not the only one. No shame; no regrets; just good, albeit strange, fun.

1. Peeling A Sheet Of Dried Elmer’s Glue Off Your Hand

It may not have been a terribly effective pore strip, but it sure was a lot of fun.

2. Or Letting Rubber Cement Dry, Then Rolling It Up Into Little Balls

Why is glue so fascinating to kids? Or perhaps more importantly, why are kids so much more interested in the qualities of it that have absolutely nothing to do with attaching one item to another?

3. Blowing Into A Nintendo Cartridge

I’m largely convinced that the only reason we did the whole blow-into-it-to-fix-it thing was because we liked the blowing part; whether or not it actually fixed the problem was immaterial.

Also, WOW, “we liked the blowing part” sounds really interesting out of context.

5. The Smell Of A Koosh Ball

The word “fresh” is key here. Old Play-Doh? Not so much. New Play-Doh? Heck yes.

Bonus points if you were able to draw a perfect chain of them all the way down the margin of your page.

8. Opening Up Your Computer Mouse And Clearing Out All The Dust Inside It

To be fair, this one actually did serve a purpose — that is, to make your mouse work again — but I still think it counts as weirdly satisfying. Why? Because there was really nothing quite like seeing all the gunk that had accumulated around your track ball. It was gross, and yet fascinating. Having a functional mouse again at the end of the whole process was just a pleasant side effect.

9. Scratching Your Initials Into The Wax Of A Jazz Cup

Or just drawing a random design — either/or. No matter what you etched into the surface of that little paper cup, the activity itself was always a blast.

10. Flipping An Entire Stack Of Pogs In One Go

Story time: When I was around 9 years old, I had a slammer that I very rarely actually played with, largely because it made the game enormously unfair. It was basically a small weight (seriously — it was several inches thick and made of solid metal), so it was pretty much guaranteed to turn over just about anything onto which you dropped it. I do, however, vividly remember the one time I didn’t even bother to drop it on the stack of Pogs; I dropped it next to it instead… and it literally caused the entire thing to flip upside down while still remaining perfectly stacked. Now that was satisfying.

11. Sharpening Your Pencil Such That The Shaving Was Just One, Long Curl

Of course, you had to have both the right kind of pencil and the right kind of sharpener to accomplish this one; Yikes! pencils were usually a good bet, though, and as long as your sharpening was one of those little handheld doohickeys (as opposed to the hand-cranked monsters that were invariably attached somewhere to the wall of your classroom), you were good to go.

“Just add water and stir” has been the name of the game for several different eras, but we were really into it in the ‘90s. And it wasn’t just Kool-Aid, either; instant gelatin and pudding also qualified, too, as did a number of very much non-edible things (Sea Monkeys, anyone?). The best I can figure is that, to our young minds, adding one substance to another and having it turn into a third substance was nothing short of magical. Or… something.

There’s a reason the sound of Velcro is by far one of the best sounds of the ‘90s.

14. Twisting Off The Top Of A Squeezit

And not just because you were about to imbibe a delicious beverage. Twisting off that little plastic top was a joy in and of itself.

15. The Moment The Dial-Up Noise Stopped

Much has been made about the sound of dial-up itself… but the moment we really lived for was when it stopped, thereby signifying that we had successful connected to the Internet.

More like this
David Schwimmer Doesn't Remember This Classic 'Friends' Episode
By Sam Ramsden
5 Mini Skirt Outfits To Wear, Inspired By These Brave Souls
By Avery Matera
Kim Cattrall Spilled All The Tea About Not Being In The 'Sex And The City' Reboot
By Radhika Menon
Starbucks’ Chocolate Cream Cold Brew Tastes Like This Retro Candy
By Emma Garza
Get Even More From Bustle — Sign Up For The Newsletter